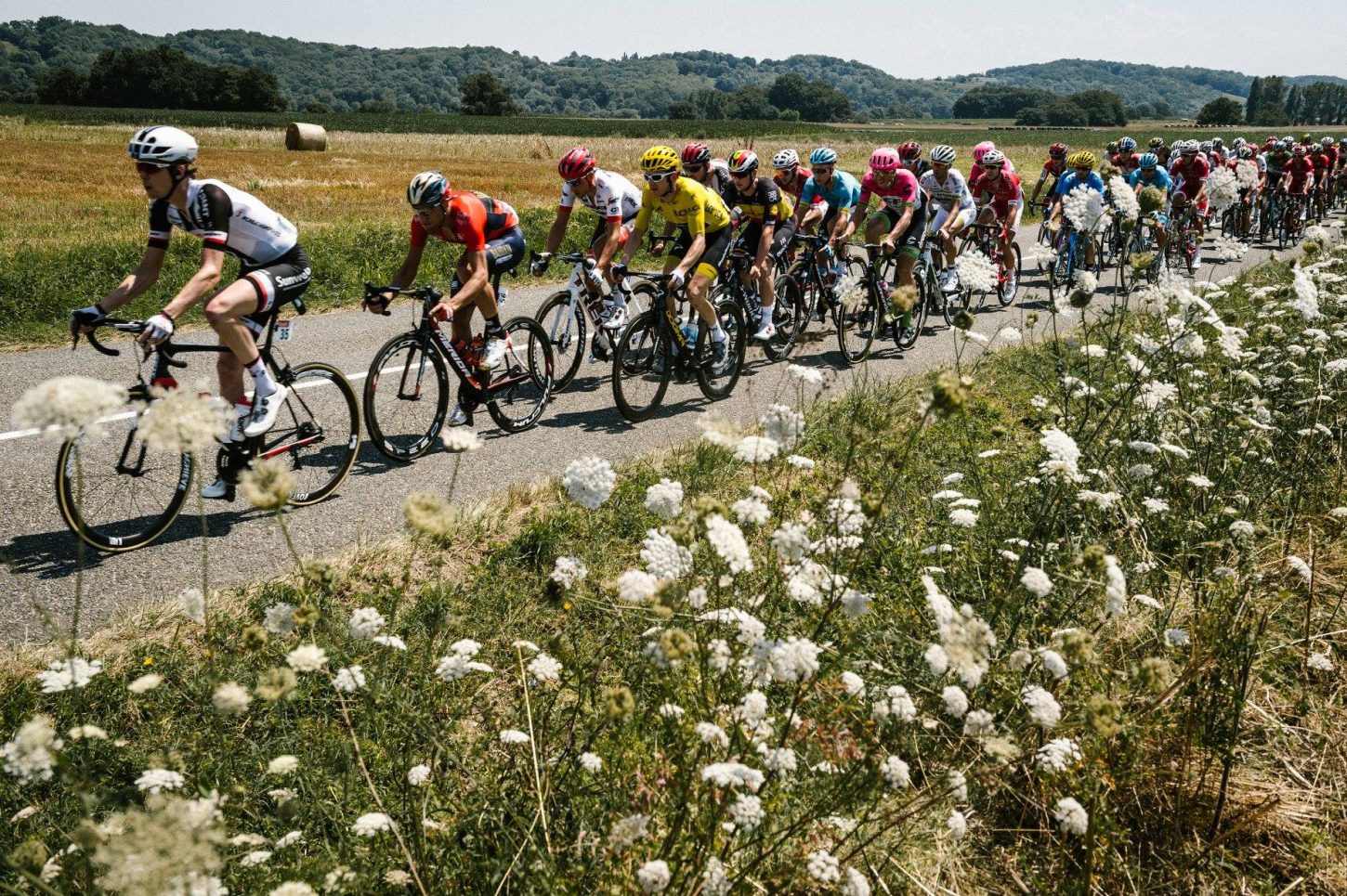 Primoz Roglic (LottoNL-Jumbo) claimed today’s mountainous stage 19 in the Tour de France, after executing a series of well-timed attacks with his teammate Steven Kruijswijk along the final climb of the Col d’Aubisque to claim an emphatic victory in the final mountain stage of this year’s race.

Despite not being able to fully distance the yellow group over the final climb, the Slovenian did manage to open up an enough of a gap along the descent to finish 19 seconds ahead of race leader Geraint Thomas (Team Sky) and the rest of the lead group to seize the stage honors.

With bonus seconds, Roglic moved into third place, 13 seconds ahead of Froome who slips to fourth, two minutes and 37 seconds behind Thomas.

Meanwhile, Julian Alaphilippe (Quick-Step Floors) clinched the King of the Mountains jersey by taking maximum points on the first of six categorized climbs, the Col d”Aspin, while Peter Sagan (BORA-hansgrohe) endured a terrible day as the effects of a crash two days ago took hold onto the green jersey.

Today’s 200.5 kilometer route that began in Lourdes featured over 4,700 meters of vertical gain and took in the climbs of the Aspin, Tourmalet and Aubisque.

The race came to life at the foot of the Tourmalet, as Ilnur Zakarin attacked, subsequently drawing out Mikel Landa, Romain Bardet and Rafal Majka.

From there, the escapees extended their lead to more than two minutes over the peloton during the 17 kilometer ascent of the Tourmalet, later catching the day’s earlier breakaway group along the descent.

Landa was second on the virtual classification at that point, within 80 seconds of the yellow jersey. But, their advantage would begin to dwindle as they started to attack one another on the Aubisque.

As the peloton crested the Col du Soulor midway up the climb of the Col d’Aubisque, the quartet was still holding onto a slight lead of 15-seconds.

Kruijswijk attacked for a second time, but was once again pegged back by the peloton, while the gap to the four leaders continued to fall.

Majka led over the summit, albeit with the yellow jersey group breathing down his neck as he led the race down the final descent in thick mist.

With visibility down to just a couple of hundred meters, Roglic closed down on Majka and continued to push on down the technical descent with a few bike lengths opening up back to Dumoulin and Thomas while Zakarin struggled to hold the pace at the back of the group.

With seven kilometers to go Roglic was able to open up a gap of a few seconds, before Froome moved to the front in order to protect his own spot on the podium and worked alongside Dumoulin to try and close the gap.

In the meantime, Thomas comfortably out-sprinted his GC rivals to take second place on the stage, which gave the Welsh rider six bonus seconds to extend his lead in overall classification heading into tomorrow’s individual time trial.