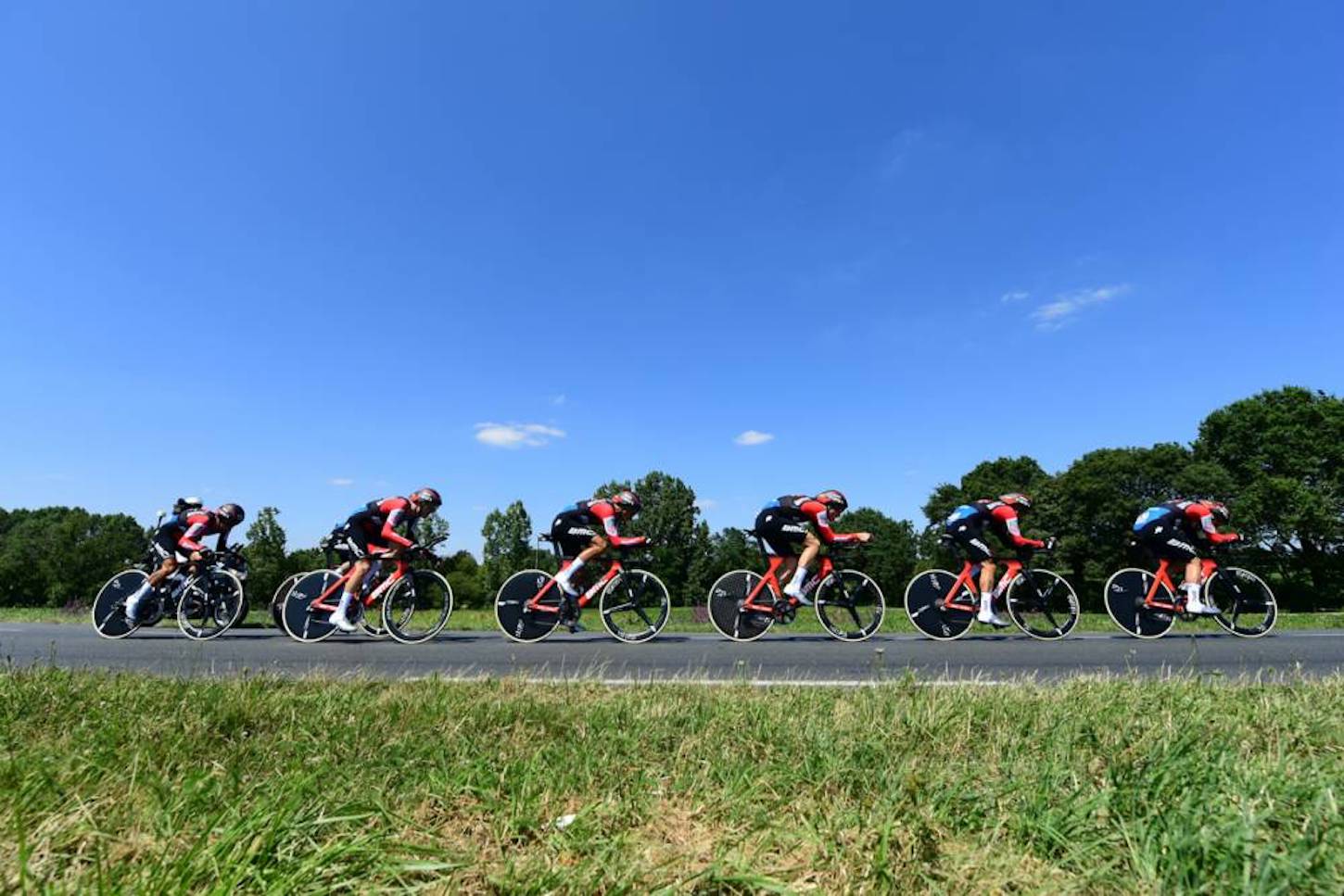 It was business as usual for Team BMC who claimed today’s team time trial, after clocking the fastest time of 38:45 along the 35 kilometer course in  Cholet.

As a result, the American squad upstaged pre-stage favorites, Team Sky, by four seconds, while third place went to Quick Step, who lost the stage and their yellow jersey chances by seven-seconds.

Mitchelton-Scott was the first team down the ramp, who won a similar stage in Corsica back in 2013.

Mitchelton-Scott was immediately followed by Team Sky. Their tactics were strikingly different as the Australian team seemed to spare GC hopefuls Adam Yates and Mikel Nieve, while all eight Team Sky riders took turns regularly at the front.

Both teams were almost level at 14:12 and 14:13 at the first intermediate mark at kilometer 13, while Team Movistar was just a second adrift, but they faltered in the finale, relinquishing 49 seconds to their British rivals.

However, time trial specialists BMC were the team to beat and they showed why they had triumphed in six out of the last ten major team time trial events at the Tour de France, after setting the fastest time at the second intermediate mark to claim the stage honors.