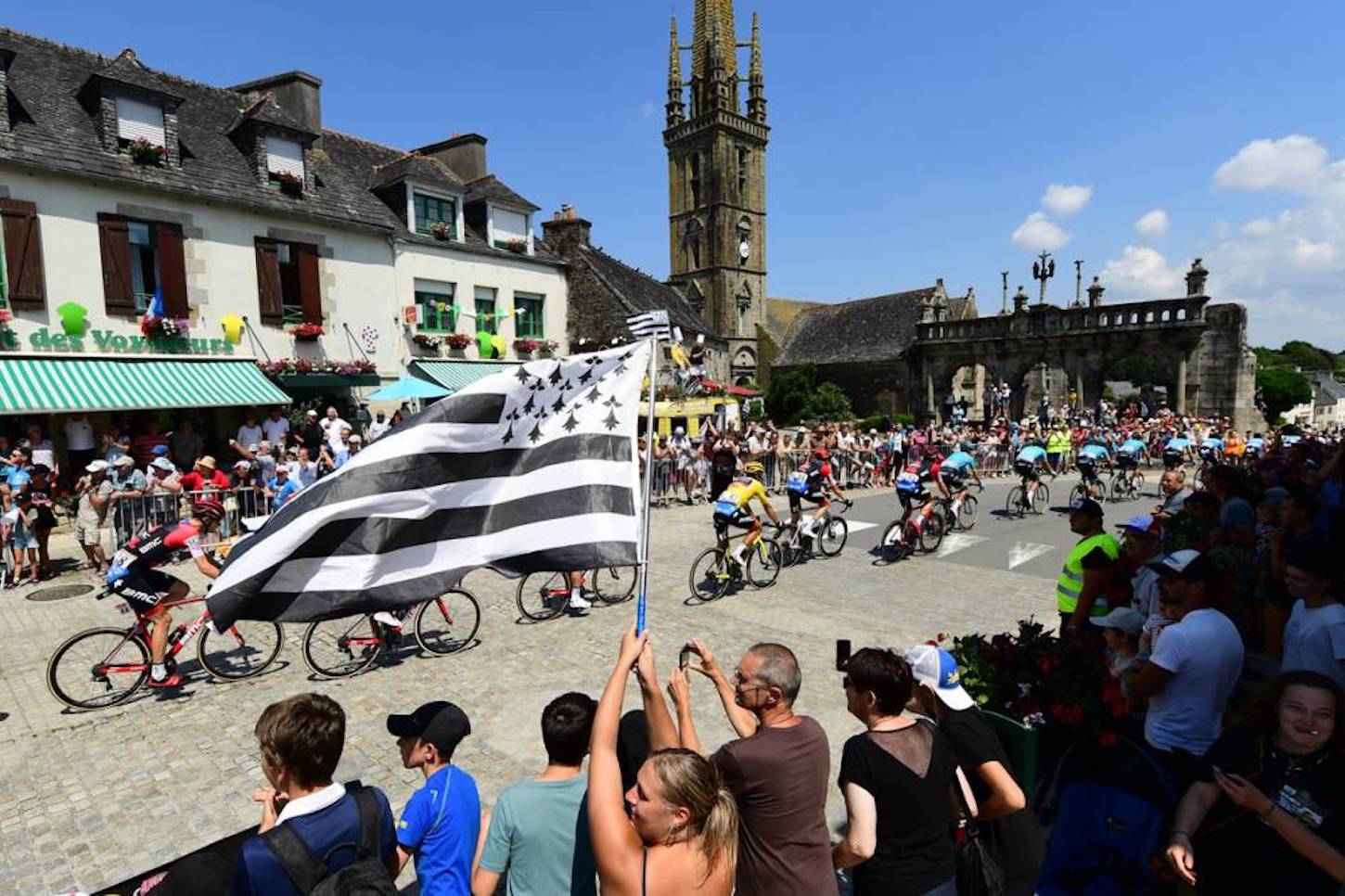 Dan Martin (UAE Team Emirates) onstage 6 of the Tour de France today, after the Irish rider fended-off a late challenge from Pierre later (AG2R La Mondiale) to claim the stage honors atop the climb of the Mur de Bretagne.

“It’s a great feeling to actually get a win again. So many second places at the Tour since the last one. I was a bit nervous because of the headwind, I didn’t think it was going to happen. The race went so hard on the first part of the climb – I saw everyone was on the limit, and there were no teammates left, so why not have a try,” Martin said at the finish.

“The legs just were there – I don’t know what happened. Maybe adrenaline or what. I felt really good yesterday and didn’t quite get up there in the final to have a go. It was a good sign for today, I was really relaxed all day – not confident but looking forward to having a crack, looking forward to racing hard on the last climb.”

“The last time I got second here, I had already lost a bit of time before the stage, and I thought maybe they’d let me go. Today there was no question, I just attacked as hard as I could. It makes this Tour de France a success, and everything else will be a bonus.”

Meanwhile, Greg Van Avermaet (BMC Racing) finished safely in the main field to maintain his grip on the yellow jersey for another day.

Martin attacked with 1.2 kilometers left in today’s 181 kilometer stage that began in Brest, which finished with two ascents of the Alpe d’Huez of Brittany separated by a rolling 19 kilometer circuit.

The UAE Team Emirates rider held off a late push from Latour to seize a solo victory, just ahead of the pack as the general classification hopefuls vied for seconds.

There was a slight split in the peloton behind, with Mitchelton-Scott’s Adam Yates part of a group that picked up a couple of seconds on the main pack, which contained Team Sky’s Chris Froome and Geraint Thomas, Movistar’s Nairo Quintana and Mikel Landa, and BMC’s Richie Porte.

But there were losses further back, with AG2R La Mondiale’s Romain Bardet hit by problems on the short two-kilometer climb and Team Sunweb’s Tom Dumoulin also distanced after suffering a mechanical problem with six kilometers left.

At the end of the stage, Van Avermaet retained the yellow jersey, with Team Sky’s Geraint Thomas moving up to second, at three-seconds back.

As such, Yates was listed in 13th place and Froome in 14th, both 62 seconds off the yellow jersey, and now one second ahead of Dumoulin who dropped to 15th.