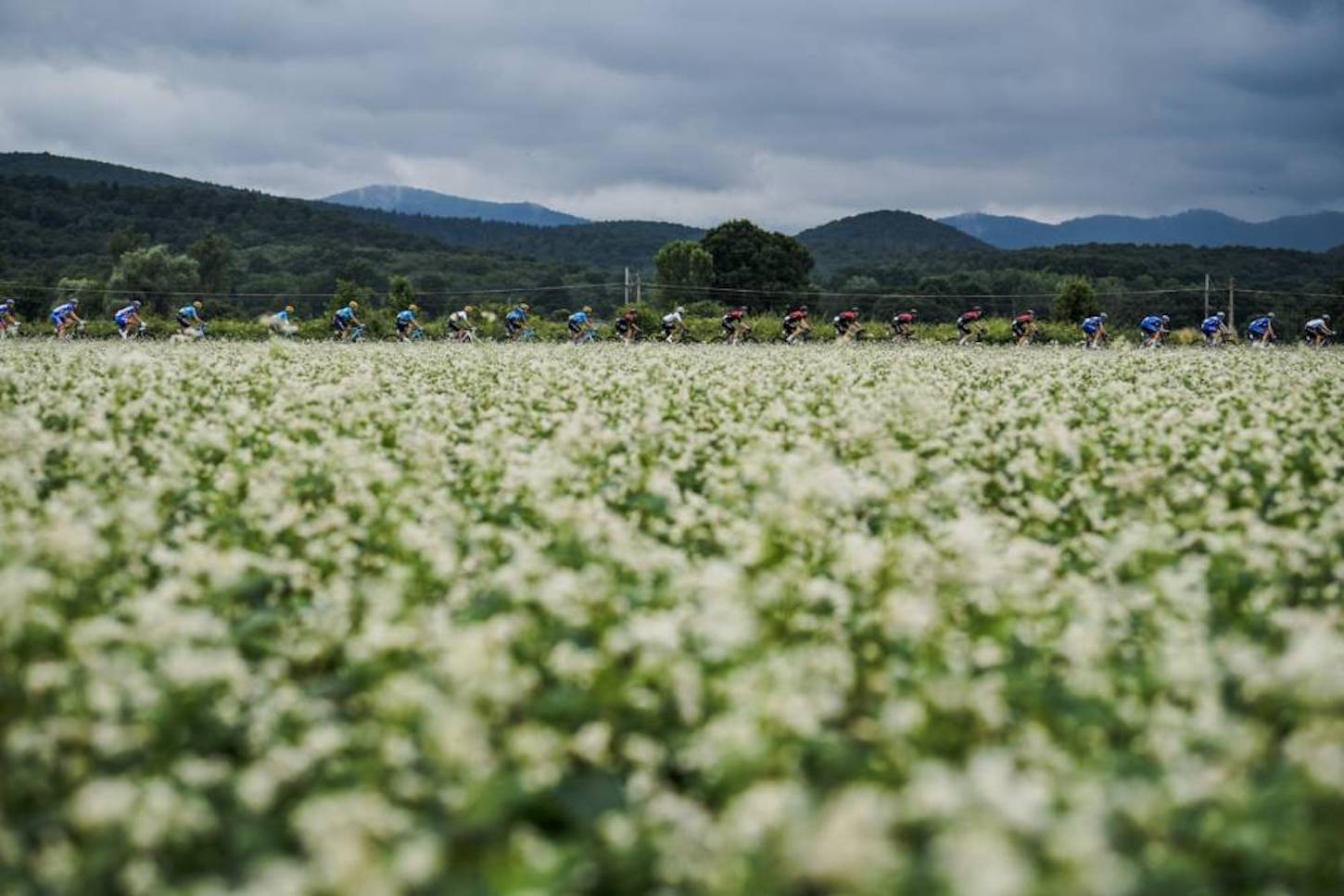 Yates timed his sprint to perfection, darting clear of Bilbao and Muhlberger ahead of the final bend before holding on for victory in the 209.5 kilometer stage that departed from Toulouse.

Yates’s victory makes him the 98th rider in history to win stages in all three Grand Tours.

“I’ve been saving energy all the way here to the mountains and it was my first chance to try something,” said Yates, who entered the stage over an hour down in the general classification.

“I’d usually be helping [brother] Adam back in the peloton but I had my chance and I took it with both hands. I wasn’t confident against them [Bilbao and Muhlberger], but my director told me I needed to be on the front going into the last corners.”

The leading trio emerged from a huge group of 40 riders which was gradually whittled down over the two major climbs of the day, the Col de Peyresourde and the Hourquette d’Ancizan.

Peter Sagan (Bora-Hansgrohe) was part of the break and picked up maximum points at the intermediate sprint to consolidate his lead in the green jersey battle, while Tim Wellens then took over the slack to extend his own lead in the polka dot jersey competition by cresting the Peyresourde in pole position.

However, when push came to shove it was Yates, Bilbao and Muhlberger who proved the strongest from the large group, with the peloton led home by Team Ineos almost 10 minutes in arrears.

After a day of ceasefire among the GC favorites ahead of tomorrow’s decisive time trial in Pau, Julian Alaphilippe (Deceuninck-QuickStep) retains the yellow jersey with a 1:12 lead over defending champion Geraint Thomas (Team Ineos).