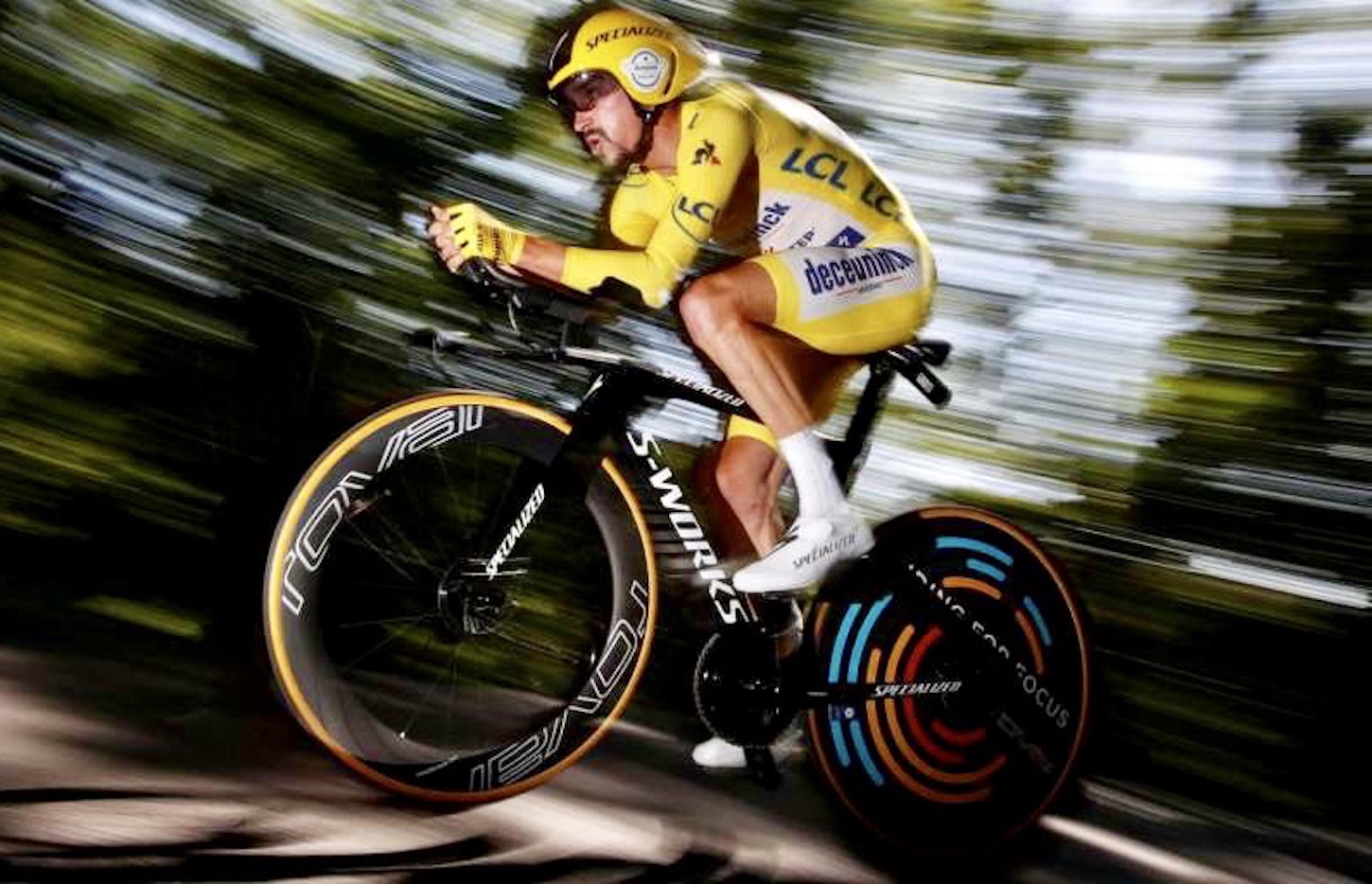 Alaphilippe made light work of the final 17-percent ramp near the finish line to become the first Frenchman to win a time trial on the Tour since 2001, and the first one since 1984 to do so in yellow.

Alaphilippe and Thomas were the last two riders to roll down the ramp, it was not until Thomas came home that the long-standing leader, Thomas De Gendt (Lotto Soudal), was knocked off his  perch.

De Gendt, who soloed to glory in Stage 8, finished third on the day, 36 seconds down on Alaphilippe and even with Rigoberto Uran (EF Education First).

Richie Porte (Trek-Segafredo) completed the top five at 45 seconds and tied for time with Steven Kruijswijk (Jumbo-Visma), who rises to third in the general classification, 2;12 down on Alaphilippe.

It was a superb day for Alaphilippe’s Deceuninck-QuickStep team with youngsters Kasper Asgreen and Enric Mas also finishing in the top 10.

As a result, the Spanish rider moved up to fourth on GC and took over the white jersey as best young rider after Thomas’s teammate Egan Bernal finished outside the top 20.