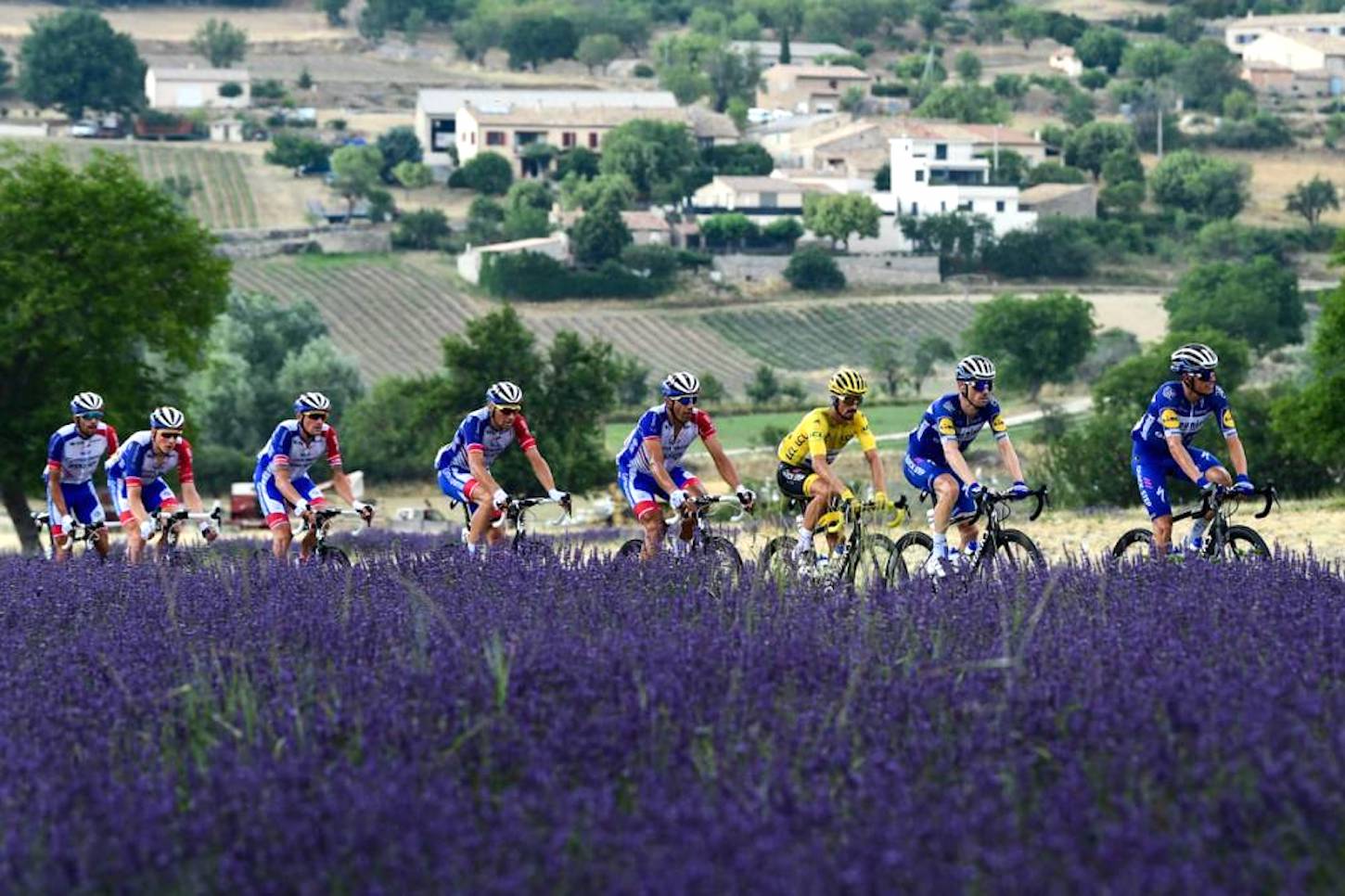 Matteo Trentin (Mitchelton-Scott) won stage 17 of the Tour de France in Gap today, after the Italian rider rode clear of the breakaway group to claim a solo victory.

Trentin initiated his winning attack with 14 kilometers remaining as he approached the final climb of the Col de la Sentinelle.

From there, the Mitchelton-Scott rider held onto an advantage of 30 seconds, reaching the summit ahead of Kasper Asgreen (Deceuninck-QuickStep) and Pierre-Luc Périchon (Cofidis).

Trentin was part of a 33-rider breakaway group that came to form during the first hour of racing, subsequently building up an advantage of more than 18 minutes over the peloton.

Trentin later help spilt the group with some forceful riding during the final 30 kilometers, before commencing his attack just ahead of the Col de la Sentinelle.

Périchon was the first rider to try and reach Trentin, while Asgreen later attempted to bridge his way across as he came closer to the summit of the Sentinelle.

Asgreen was previously riding in support of his teammate and race leader Julian Alaphilippe, before setting out in pursuit of Trentino and Périchon.

Alaphilippe will enter the first of three decisive days in the high Alps with an advantage of 1:35 over defending champion Geraint Thomas (Team Ineos), with Steven Kruijswijk (Jumbo-Visma) in third place another 12 seconds back.

With Thibaut Pinot (Groupama-FDJ), Egan Bernal (Team Ineos) and  Emanuel Buchmann (Bora-Hansgrohe) all within 39 seconds of Thomas, the battle for yellow is set to intensify during tomorrow as the race tackles three Alpine giants over two-thousand meters high.

In the meantime, Peter Sagan (Bora-Hansgrohe) retained his green jersey, while Tim Wellens (Lotto Soudal) held onto the polka dot jersey and Bernal the white jersey.