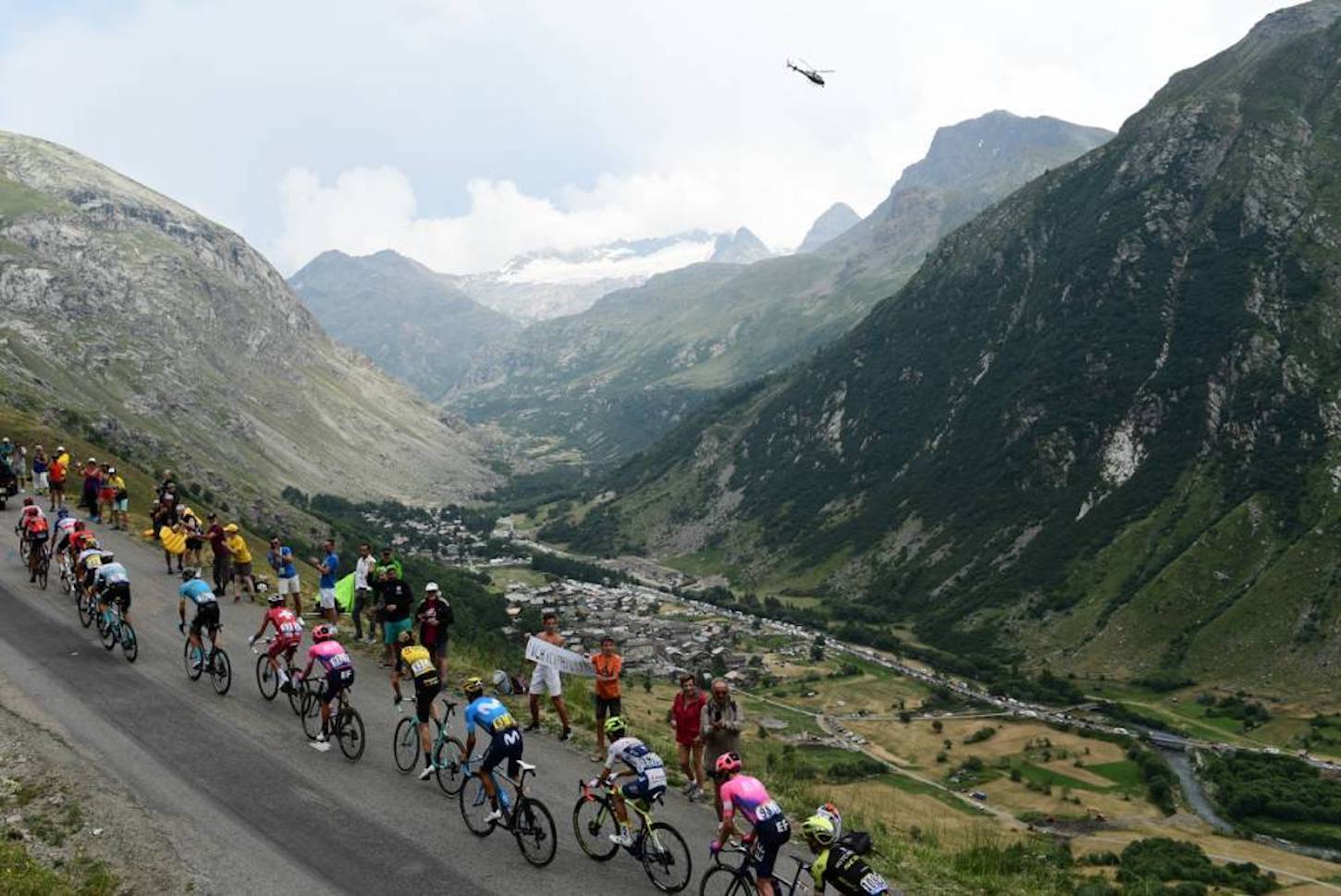 A shortened stage due to bad weather handed Egan Bernal (Team Ineos) the yellow jersey in the Tour de France today, after officials cancelled the race on the descent of the Col d’Iseran as hail, ice and a reported mudslide on the final climb to Tignes made it too dangerous to pass.

Bernal attacked midway up the climb, putting race leader Julian Alaphilippe (Deceuninck-QuickStep) in real jeopardy along the 2770-meter summit, later catching and passing the remnants of the breakaway group and gaining a one minute advantage over teammate and defending champion Geraint Thomas and Steven Kruijswijk (Jumbo-Visma), and two minutes over Alaphilippe.

As a result, race officials declared Bernal the new race leader based on times stopped at the summit.

The disappointment of the French fans over the loss Alaphilippe’s yellow jersey was further compounded when Thibaut Pinot was forced to abandon the Tour due to leg pain.

Vincenzo Nibali, Jesus Herrada, Pello Bilbao and Dan Martin formed the day’s first breakaway effort, only to be joined by some 20 riders a few kilometers later.

Shortly after Pinot abandoned the race, Thomas briefly upped the pace before being overtaken by Kruijswijk with 43 kilometers to go.

Later on, Alaphilippe found himself struggling to try and stay on terms with Thomas and Kruijswijk along the Col d’Iseran.

Bernal then fired his own attack from the GC group, quickly bridging up to Warren Barguil, Nibali and Simon Yates at the front of the race, with Alaphilippe now 50 seconds in arrears.

With 1 kilometer to go until summit, Bernal had moved into the virtual race lead having started the day 1:30 down on Alaphilippe, later stretching out his lead to 2:07 at the top of the summit.

Yates crested the Col d’Iseran just behind Bernal, followed by Barguil in third.

Bernal and Yates then regrouped on the descent with around 30 kilometers remaining with one more climb still to go.

While Bernal and Yates were plummeting the descent, Alaphilippe tried in earnest to close the gap. But, it wasn’t long before they were notified over the radio that the race had been stopped because of the storm.

Race officials later decided that the results would be taken from the top of the Col d’Iseran, giving Bernal enough of an advantage to usurp Alaphilippe and takeover the yellow jersey.