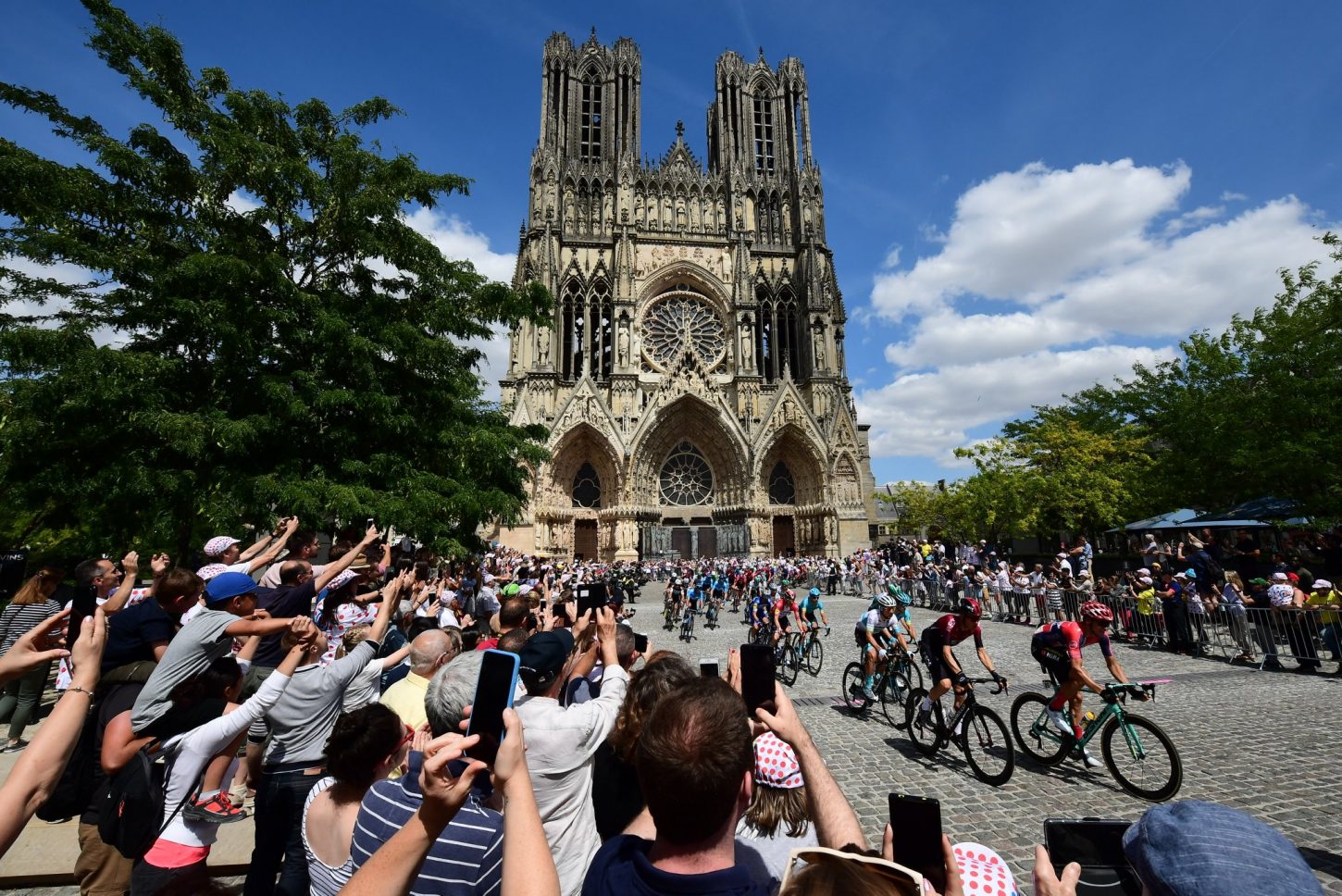 Julian Alaphilippe (Deceuninck-QuickStep) won stage 3 of the Tour de France today, after the French rider stormed his way to victory after a powerful attack in Epernay to claim the maillot jaune (yellow jersey).

Alaphilippe surged clear of the peloton during the last of four categorized climbs to catch and pass remaining escapee Tim Wellens on the Côte de Mutigny with 16 kilometers remaining, finishing 26 seconds ahead of the chasing pack to seize a solo victory in the capital city of Champagne.

Matthews moves into the top five, a further 15 seconds in arrears.

Egan Bernal edged ahead of Ineos teammate Geraint Thomas into sixth overall, after the Welsh rider and defending champion was caught out in a split for 13th place, five seconds back.

Wellens, the last man standing of a five-man break which formed shortly after the start of the 215 kilometer stage, took maximum points over all four categorized climbs to secure the polka dot jersey.

In the meantime, Sagan moved into the green jersey at the expense of Teunissen, while Van Aert retained the white jersey.