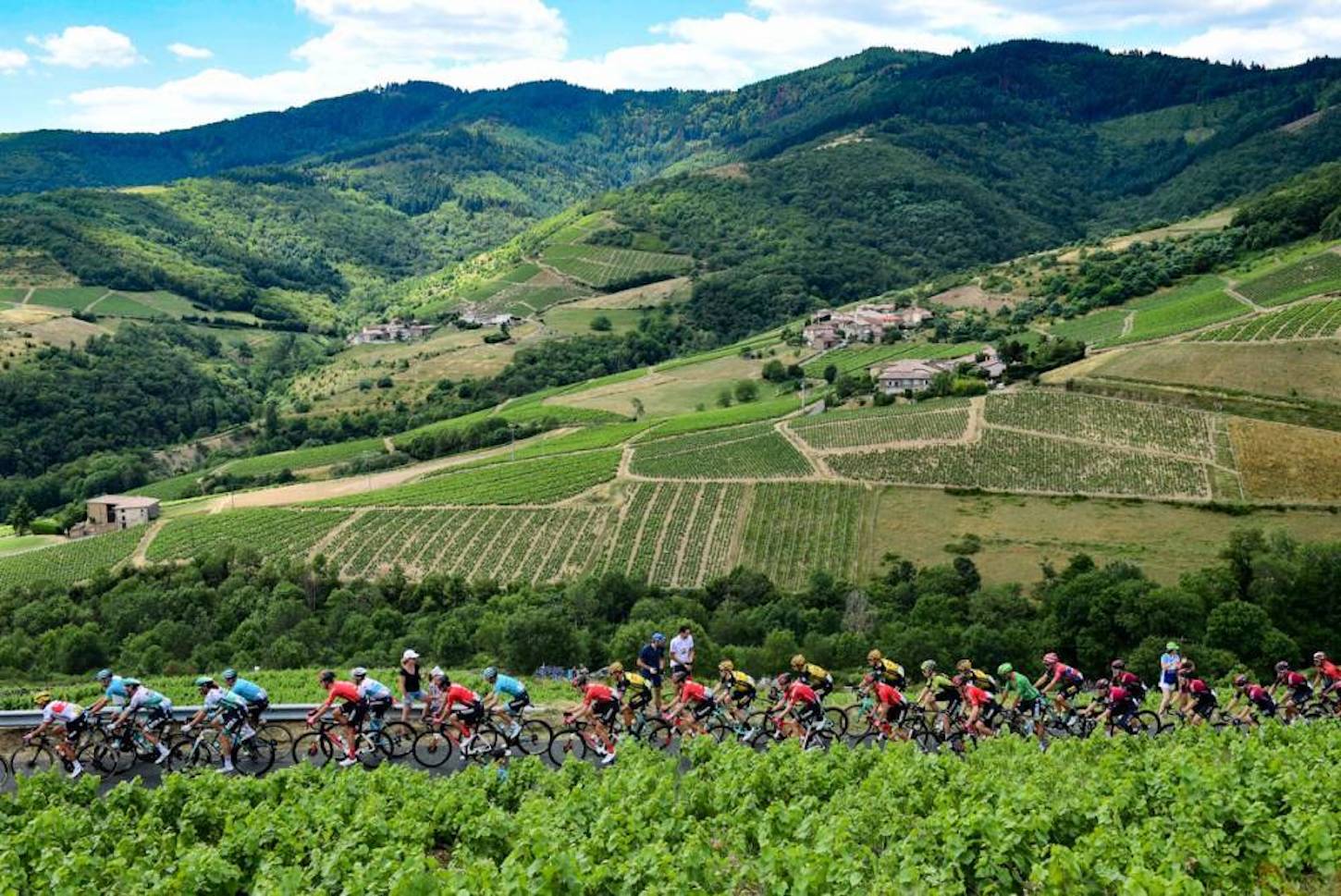 Thomas De Gendt (Lotto Soudal) took an impressive victory in stage 8 of the Tour de France today, after the Belgian rider dropped the last of his breakaway companions, Alessandro De Marchi (CCC Team), on the final climb of the Cote de Jaillere while holding off a late challenge Thibout Pinot and Julian Alaphilippe during the final 12 kilometers to Saint-Etienne.

However, Alaphilippe’s third place finish in the Massif Central was enough for the French rider to regain the yellow jersey.

With a course that seemed tailor made for an escape success, we expected to see a huge battle to get into the move, but in the end the quartet managed to get free without much hassle. Niki Terpstra (Total Direct Energie), Alessandro De Marchi (CCC Team) and Ben King (Dimension Data) were the riders who joined De Gendt in the wattage factory. It was the final climb when De Gendt went solo, after he and De Marchi had ditched the other two on the Cote de la Croix de Part some 50 kilometers earlier.

While Alaphilippe and Pinot will be a little disappointed to have fallen just a couple of hundred meters short of winning the stage, both will find much to console them. Pinot leaps from seventh to third on the general classification, leapfrogging both Egan Bernal and Geraint Thomas of Team Ineos, after gaining 19 seconds through time bonifications for his second place finish and the day’s last KOM, plus the eventual countback.

Alaphilippe will be doubly delighted to regain the maillot jaune after losing it to Giulio Ciccone two days ago. The Deceuninck – Quick Step rider will wear the yellow jersey tomorrow on Bastille Day, the first home rider to do so since Thomas Voeckler in 2011.

It was a day more eventful than Geraint Thomas might’ve hoped. The Welshman was dropped at the halfway point of the stage after an untimely puncture, only to be paced back onto the bunch in good time by his fellow Welshman Luke Rowe. Then, with 16 kilometers of the stage remaining, he was unable to get out of the way of a big crash caused by his team mate Gianni Moscon.

Luckily for the reigning champion, Thomas had plenty of domestiques who still had functioning bikes to pace him back to the bunch once again where he rejoined Egan Bernal in the front ten riders by the time they crossed the line. Thomas was not the only rider to hit the deck after breakaway rider De Marchi overshot a corner going downhill and almost ended up in a country yard.

Peter Sagan extended his advantage in the points classification by picking up some points at the day’s intermediate sprint. He followed that up with a respectable fifth place behind Michael Matthews in the field sprint after being dropped on the third-from-last climb. Matthews gained one place in the classification at the expense of Sonny Colbrelli who couldn’t hack the pace in the finale.

As with previous years, it looks like only a major mishap or an hors delai time-out stands between Sagan and a seventh green jersey victory.