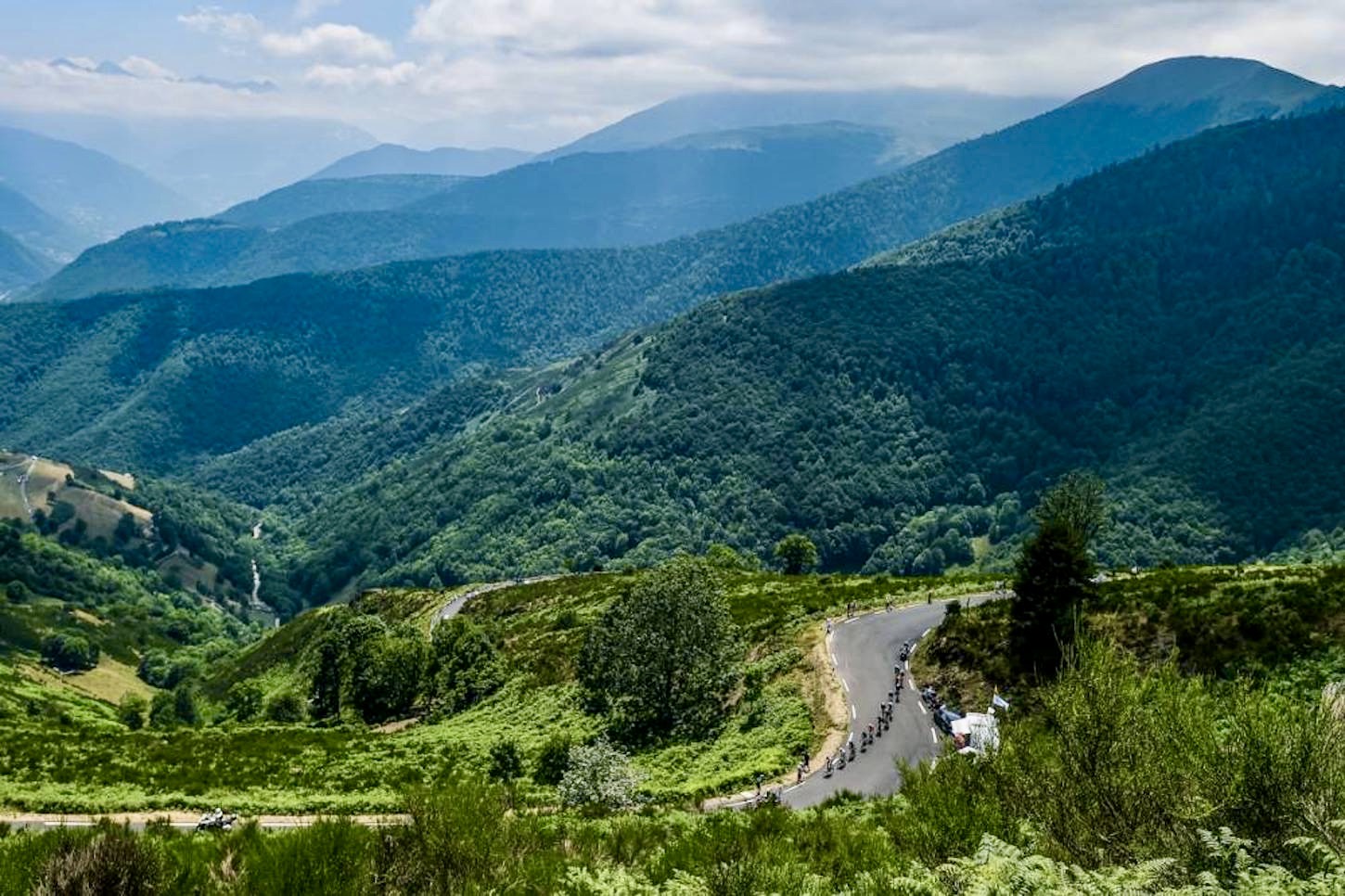 Tadej Pogacar threw everything he could at Jonas Vingegaard to try and chip away at his lead during stage 17 of the Tour de France today, but to no avail.

The two-time Tour de France champion put in an explosive attack just before the summit of the Val Louron-Azet in a desperate attempt to reduce Vingegaard’s lead  in the general classification. But, the Slovenian rider couldn’t shrug off his Danish rival, taking solace in the stage victory without eating too much into Vingegaard’s lead.

All of today’s pre-stage hype involved experts imploring Ineos “to go for it” and to take the fight to UAE Team Emirates and Jumbo-Visma. But, the British team suffered badly during the last 53 kilometers, with Adam Yates getting dropped in dramatic fashion when he was expected to help keep Geraint Thomas in contention.

Yates was not alone, as Tom Pidcock could not keep pace either, while Thomas himself faded badly towards the end as Pogacar stepped up the intensity in a thrilling finale.

It took 44 kilometers of racing before Guillaume Boivin (Israel-PremierTech) and Owain Doull (EF Education-EasyPost) managed to establish the day’s first breakaway effort, later building up a slight advantage of around one minute at the start of the Col d’Aspin, where Doull dropped his Canadian companion, before getting reined in himself.

Thibaut Pinot (Groupama-FDJ) and Alexey Lutsenko (Astana Qazaqstan) were next to go on the attack, going clear with eight kilometers of the climb remaining.

That group was in turn joined by Pierre Latour (TotalEnergies), but an effort to bridge by former Tour winner Chris Froome (Israel-PremierTech) was unsuccessful. Romain Bardet (Team DSM) then tried and would eventually get across with Jonathan Castroviejo (Ineos Grenadiers) on the descent after the summit.

In the meantime, Pinot crossed the summit ahead of Lutsenko, while King of the Mountains leader Geschke easily beat Ciccone for the remaining KOM points.

Meanwhile, the chase group was 35 seconds behind the leaders on the Hourquette d’Ancizan with 55 kilometers remaining, as the peloton was two minutes back at that point and was being led by Pogacar’s teammate Mikkel Bjerg, who drove the pace for a sustained length of time.

Pinot and Lutsenko were eventually reeled in along the Col de Val Louron-Azet, with Bjerg and Brandon McNulty setting a fierce pace that saw every rider but  Pogacar and Vingegaard get dropped.

While Pogacar and Vingegaard continued to ride side-by-side, McNulty continued pushing the pace all the way down the descent and up the final climb until the final steep ramp of the Peyragudes aerodrome.

Vingegaard was the first to launch his sprint, but Pogacar got the better of his rival in the grueling finale, while McNulty finished third.