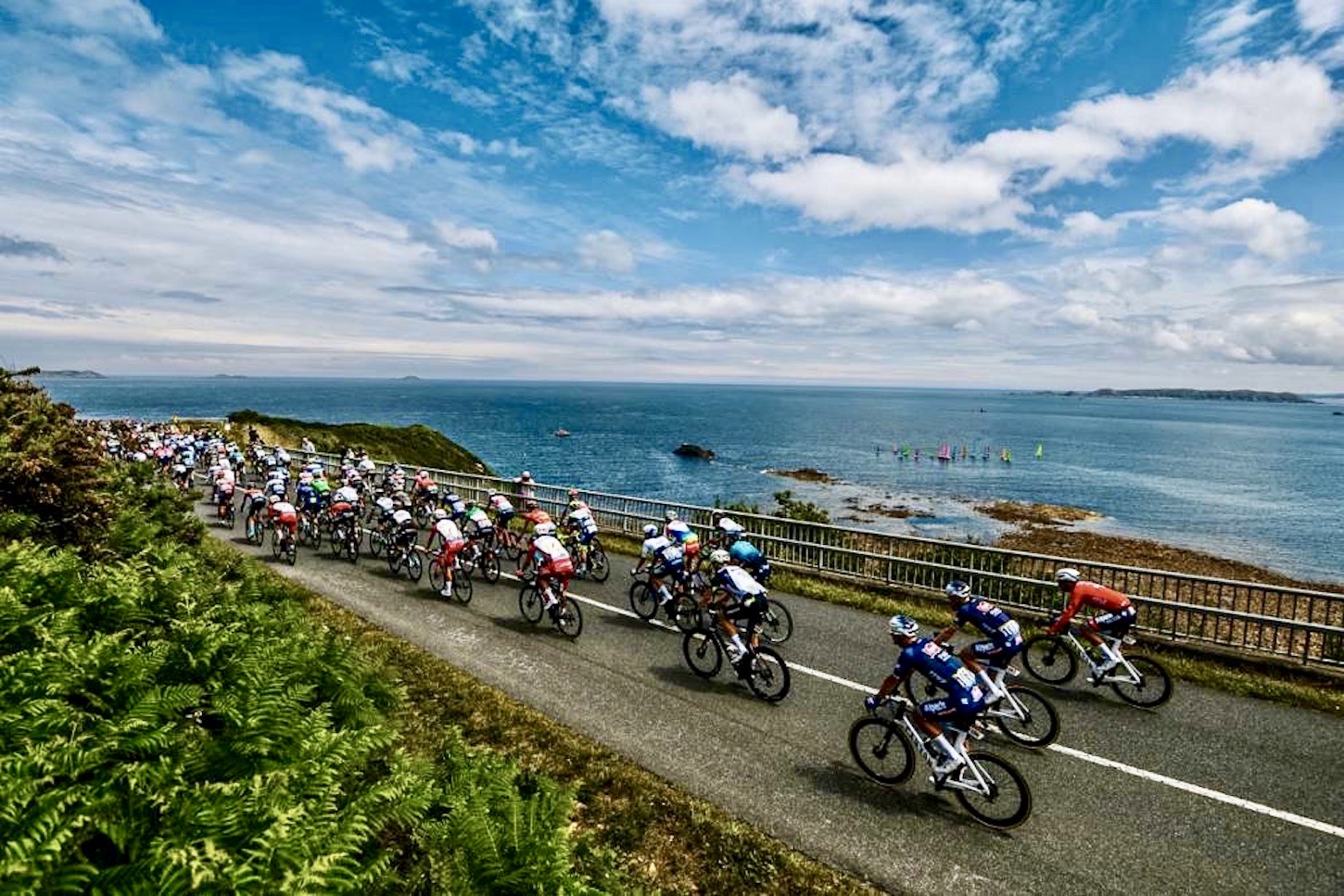 Mathieu van der Poel won Stage 2 with a blistering ride over the double-ascent at Mur-de-Bretagne to take the yellow jersey in mesmerising style. Slovenians Tadej Pogacar and Primoz Roglic led the chase six seconds down but Julian Alaphilippe could only manage fifth place and conceded the race lead to the Dutch debutant after another dramatic day on the Tour de France.

When van der Poel attacked on the first of two deciding ascents of the Cote de Menehiez at Mur-de-Bretagne it looked like he had gone too early. But the Dutchman snared the bonus seconds over the summit which gave him a chance of taking the yellow jersey the second time round – and the 26-year-old Tour debutant delivered in style.

180 riders took the start of stage 2 in Perros-Guirec at 13.22. Loïc Vliegen (Intermarché-Wanty Gobert) was the first attacker but after the reaction of the peloton, Anthony Perez (Cofidis) entered in action for the second straight day. Edward Theuns (Trek-Segafredo), Simon Clarke (Qhubeka-Nexthash) and Jonas Koch (Intermarché-Wanty Gobert) came in help and a six-man front group was formed at km 18 with polka dot jersey holder Ide Schelling (Bora-Hansgrohe) who counter-attacked three times and Jérémy Cabot (TotalEnergies). They got a maximum lead of 4’ at km 40.5. Tim Declercq set the pace of the peloton for Deceuninck-Quick Step. The fight was on for the King of the Mountains competition. Perez bettered Schelling at côte de Sainte-Barbe (km 72) to take the virtual lead of the KOM once again. The Dutchman took his revenge in the côte de Pordic (km 103).

Perez and Schelling neutralised each other before the hill of Saint-Brieuc where Theuns attacked by himself. The Belgian crested in first place before Cabot came across to him in the middle of the huge crowd in the prefecture of the Côtes d’Armor department. Koch remained in between while Perez, Schelling and Clarke – who slipped in a downhill – were brought back by the pack. Cabot and Theuns approached the last 30km with an advantage of 1’30’’. Theuns went solo 21km before the finish as the peloton was only 25’’ behind. He took the 1 KOM point up for grabs at the côte du village de Mûr-de-Bretagne and it was all together with 18km to go.

Van der Poel attacked at the foot of the first ascent to Mûr-de-Bretagne 17km before the end. It enabled him to take 8’’ bonus on the first passage while Tadej Pogacar (5’’), Primoz Roglic (2’’) and Julian Alaphilippe crossed the line in that order. Approximately 80 riders were reunited for the last lap, led by Ineos Grenadiers. Richie Porte was still at the helm of the reduced group with 1.2km to go when Nairo Quintana sped up for a little while. Italian champion Sonny Colbrelli attacked 900 metres before the line and was soon countered by van der Poel. No one managed to catch the Dutchman who won with an advantage of 6’’ over the Slovenian duo formed of Pogacar and Roglic, again in that order. Fifth at 8’’, Alaphilippe lost the Maillot Jaune to van der Poel.