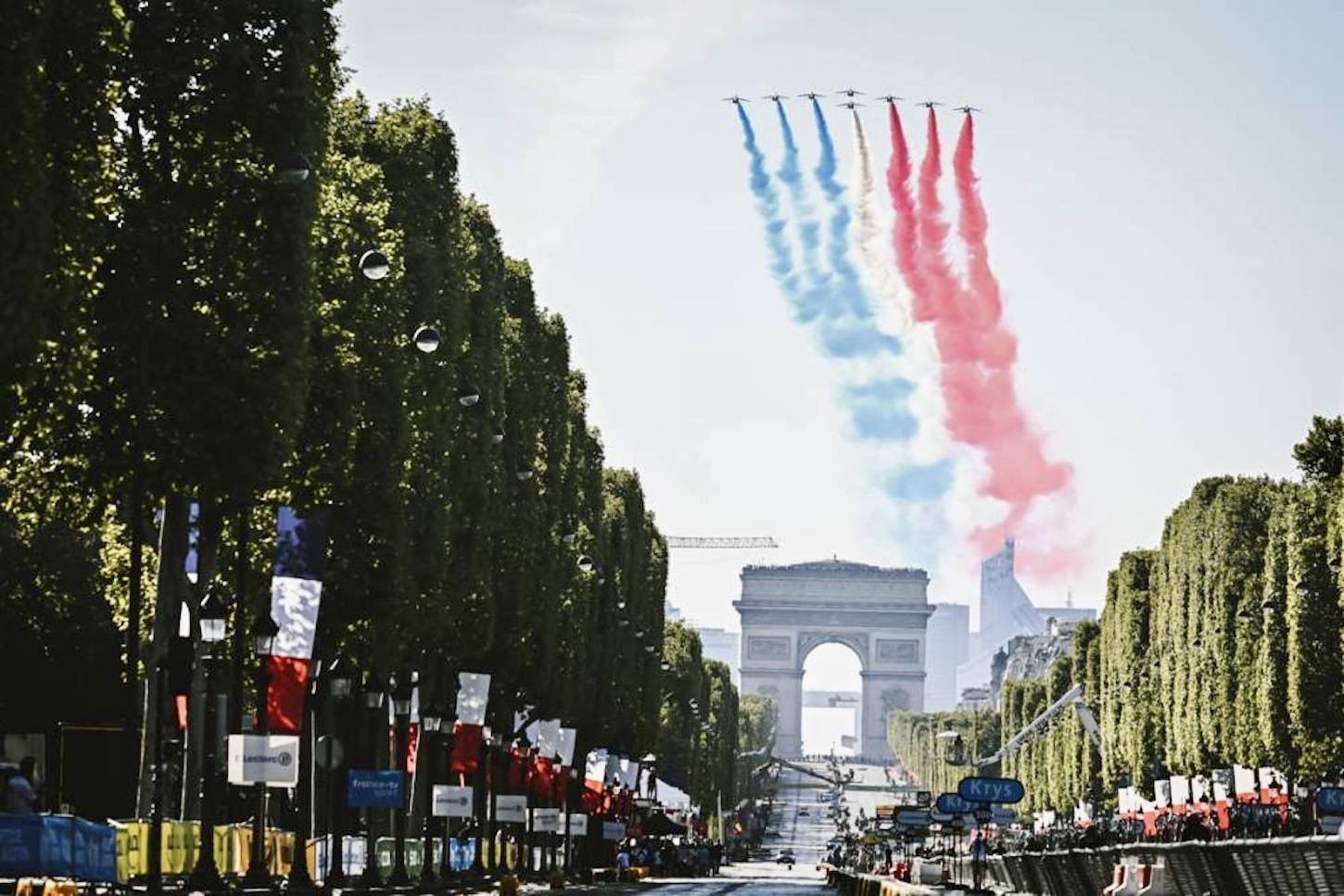 Jasper Philipsen (Alpecin-Deceuninck) won the final stage of the Tour de France in Paris today, beating Dylan Groenewegen (BikeExchange-Jayco) in a sprint finish after the race exploded along the Champs-Élysées during the closing kilometers, while Alexandr Kristoff (Intermarché-Wanty-Gobert Matériaux) finished in third.

Vingegaard is the first Danish rider to win the Tour de France since 1996.

Today’s mostly ceremonial stage saw a five-rider breakaway group snuffed out just ahead of the last of eight laps in the center of Paris, with Thomas surging to the front of the peloton, only for Pogačar to put in an audacious bid of his own.

But, Pogačar’s attack was brought to heel by Filippo Ganna (Ineos Grenadiers), with teams quickly amassing at the front to restore order ahead of the sprint finale.

Pogačar once again tried to animate things with a cheeky attack off the front, following a tongue-in-cheek acceleration by Wout van Aert (Jumbo-Visma) during the final kilometer.

In the meantime, Vingegaard decided to soak in the atmosphere along the Champs-Élysées, giving up more than minute to Pogačar, but still winning by a hefty margin of 2:43 over his Slovenian rival.