Tour de France: How many calories will the winner burn? 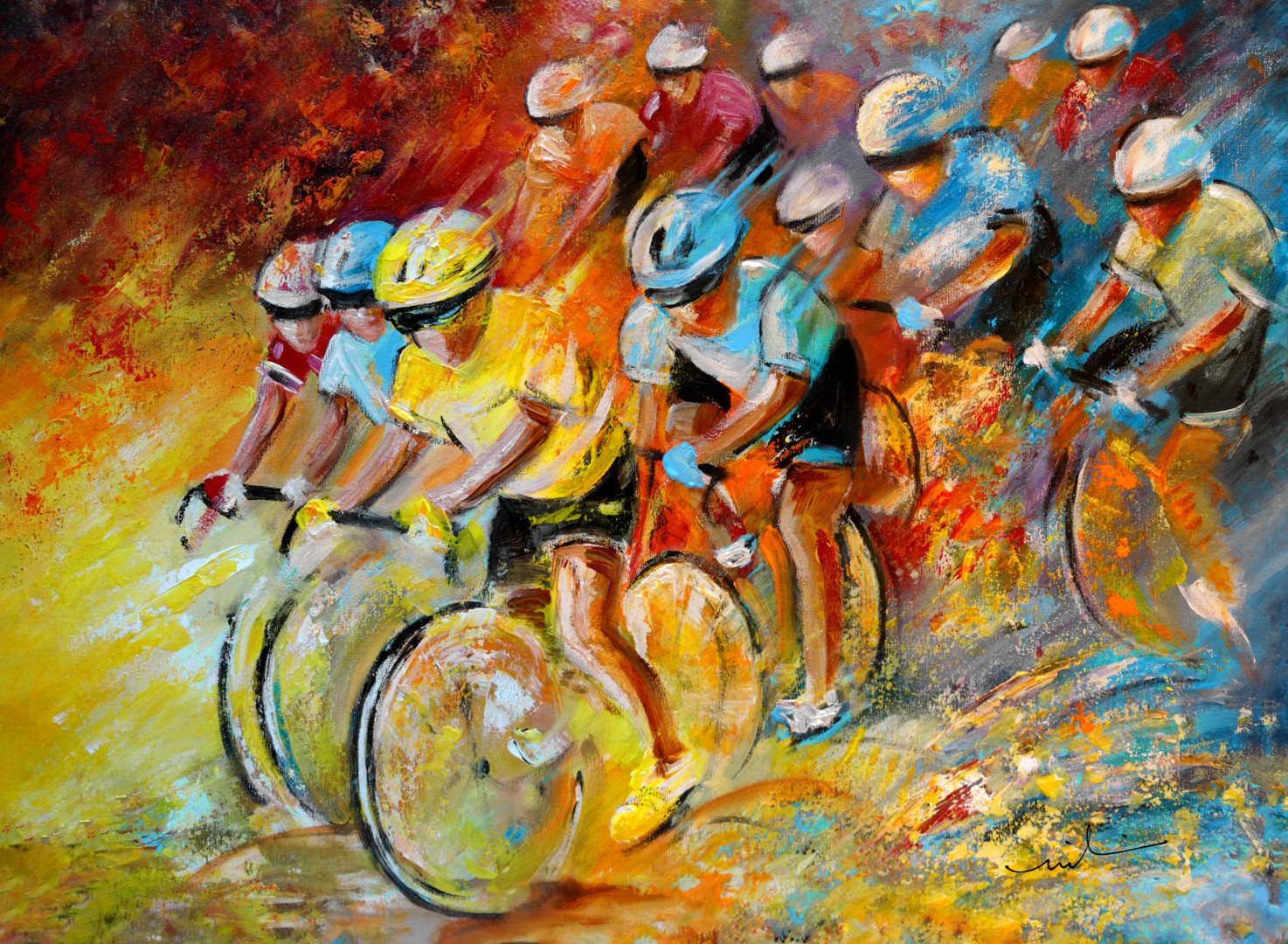 Imagine you begin pedaling from the start of Stage 17 of this year’s Tour de France. First, you would bike approximately 70 miles (112 km) with a gradual increase in elevation of around 1,300 feet (400 m). But you’ve yet to hit the fun part: the Hautes-Pyrénées mountains. Over the next 40 miles (64 km) you would have to climb three mountain peaks with a net increase of a mile (1.6 km) in elevation. On the fittest day of my life, I might not even be able to finish Stage 17 – much less do it in anything remotely close to the five hours or so the winner will take to finish the ride. And Stage 17 is just one of 21 stages that must be completed in the 23 days of the tour.

I am a sports physicist, and I’ve modeled the Tour de France for nearly two decades using terrain data – like what I described for Stage 17 – and the laws of physics. But I still cannot fathom the physical capabilities needed to complete the world’s most famous bike race. Only an elite few humans are capable of completing a Tour de France stage in a time that’s measured in hours instead of days. The reason they’re able to do what the rest of us can only dream of is that these athletes can produce enormous amounts of power. Power is the rate at which cyclists burn energy and the energy they burn comes from the food they eat. And over the course of the Tour de France, the winning cyclist will burn the equivalent of roughly 210 Big Macs.

Cycling is a game of watts

To make a bicycle move, a Tour de France rider transfers energy from his muscles, through the bicycle and to the wheels that push back on the ground. The faster a rider can put out energy, the greater the power. This rate of energy transfer is often measured in watts. Tour de France cyclists are capable of generating enormous amounts of power for incredibly long periods of time compared to most people.

For about 20 minutes, a fit recreational cyclist can consistently put out 250 watts to 300 watts. Tour de France cyclists can produce over 400 watts for the same time period. These pros are even capable of hitting 1,000 watts for short bursts of time on a steep uphill – roughly enough power to run a microwave oven.

But not all of the energy a Tour de France cyclist puts into his bike gets turned into forward motion. Cyclists battle air resistance and frictional losses between their wheels and the road. They get help from gravity on downhills but they have to fight gravity while climbing.

I incorporate all of the physics associated with cyclist power output as well as the effects of gravity, air resistance and friction into my model. Using all that, I estimate that a typical Tour de France winner needs to put out an average of about 325 watts over the roughly 80 hours of the race. Recall that most recreational cyclists would be happy if they could produce 300 watts for just 20 minutes!

So where do these cyclists get all this energy from? Food, of course!

But your muscles, like any machine, can’t convert 100% of food energy directly into energy output – muscles can be anywhere between 2% efficient when used for activities like swimming and 40% efficient in the heart. In my model, I use an average efficiency of 20%. Knowing this efficiency as well as the energy output needed to win the Tour de France, I can then estimate how much food the winning cyclist needs.

Top Tour de France cyclists who complete all 21 stages burn about 120,000 calories during the race – or an average of nearly 6,000 calories per stage. On some of the more difficult mountain stages – like this year’s Stage 17 – racers will burn close to 8,000 calories. To make up for these huge energy losses, riders eat delectable treats such as jam rolls, energy bars and mouthwatering “jels” so they don’t waste energy chewing.

Last year’s winner, Tadej Pogačar, weighs only 146 pounds. Tour de France cyclists don’t have much fat to burn for energy. They have to keep putting food energy into their bodies so they can put out energy at what seems like a superhuman rate. So this year, while watching a stage of the Tour de France, note how many times the cyclists eat – now you know the reason for all that snacking.

John Eric Goff is a physics professor who researches the physics of sports. His major research investigations include the aerodynamics of World Cup soccer balls, modeling the Tour de France and examining friction between tennis shoes and hard courts. His first book, Gold Medal Physics: The Science of Sports, is pitched at a level that does not exceed introductory physics. It covers some great moments in sports. His second book, The Physics of Krav Maga, has no equations and takes readers into what might be the first scientific examination of one of the fastest-growing martial arts in the US. Goff enjoys media interactions that allows him to put science on the sports pages.