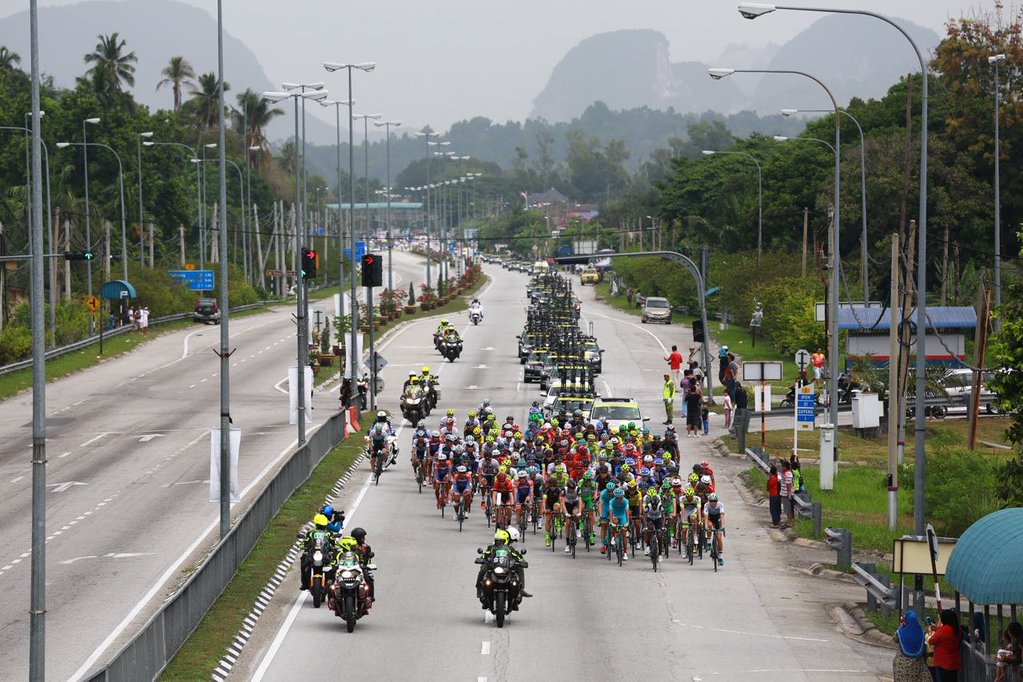 Astana’s Miguel Angel Lopez claimed stage 5 of the Tour de Langkawi today, reaching the summit of Tanah Rata Mountain in a solo effort after a brilliant move during the last few kilometers.

And, once they reached the 45 kilometer mark, the trio had succeeded in building up a maximum advantage of almost six and half minutes over the peloton.

However, once the escapees reached the 76 kilometer mark, their lead began to dwindle steadily.

From there, two riders were eventually dropped from the breakaway group during the final 8 kilometers, with Meyin leading the way for the remaining 4 escapees.

However, the quartet’s time out front was eventually brought to a close, with Lopez executing his final move during the last 5 kilometers.

United Healthcare’s Jonathan Clarke quickly managed to bridge himself to Lopez, but the Australian rider was unable to hold pace with the Colombian rider.

This in turn prompted his teammate, Daniel Jaramillo, to try and chase Lopez, but his efforts were in vain, as the Astana rider proved  unstoppable at that point.

This was a very fast stage before the climb,” Lopez said.

“And then on the climb [to the finish] I wanted to be at the level of the performance [shown already by] my teammates. “And in the finale it was a question of having the best legs.”

This is a very important victory for me.” Lopez added.

“It helps me start the year with a lot of confidence.”

“We have a very strong team, but we are missing one rider and its difficult to work at the front all the time.”

“However, we will do it again tomorrow [in stage five on Monday] and we are hoping for a great finale with Andrea.”