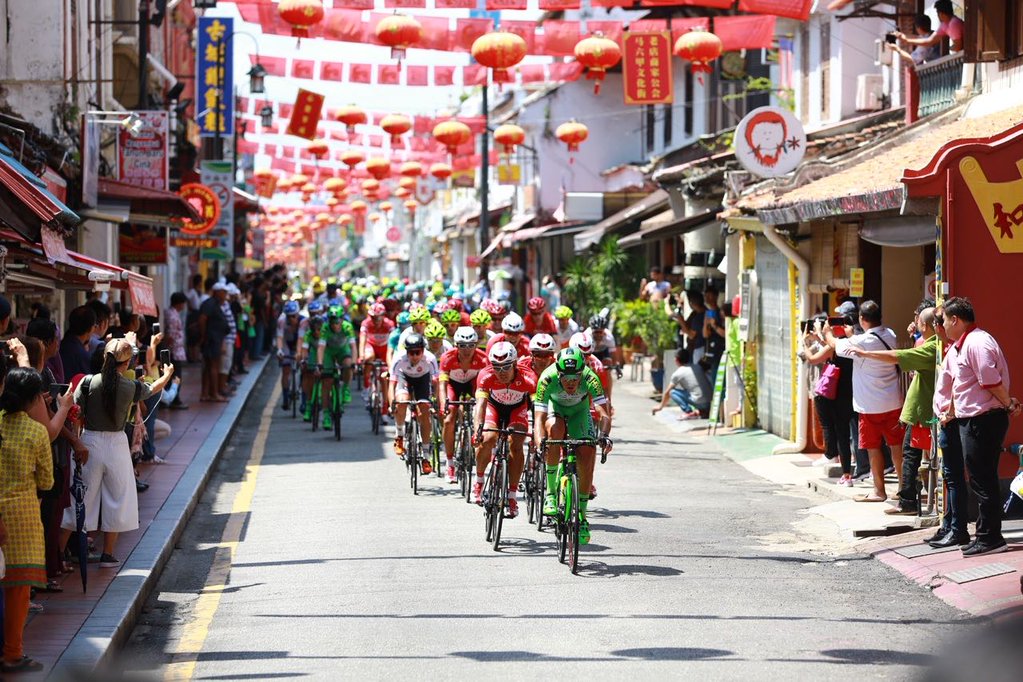 “It was my first stage race victory since 2012, so it’s a long time coming,” Janse van Rensburg said at his post race press conference.

“I am really happy to get the breakthrough victory again. I hope this is a good sign for the future, and only the start of a very successful season going forwards. This is definitely my biggest victory in my career. I am really happy.”

Despite a series of early attacks, the peloton remained in tact for the first intermediate sprint at the 16 kilometer mark, where Janse van Rensburg used his sprinting prowess to win the bonus points over Francisco Mancebo (Skydive Dubai) and Luca Chirico (Bardiani-CSF).

But, the trio would eventually get caught just before the first of three eight-kilometer finishing laps in Melaka.

From there, the race once again culminated into a bunch sprint, with Guardini claiming the stage honors.

As for Van Rensburg, all the South African rider needed to do, was avoid disaster during the final few kilometers and finish safely in the lead group in order to secure the overall race title.

“I was a bit nervous today”, he acknowledged. “I was counting down the kilometers and I was relieved when I saw the 3km to go mark. This is my first stage race victory since 2012 [when he joined the World Tour, firstly with Argos-Shimano]. It’s been a long time. I’m happy with this breakthrough victory. This is definitely the biggest win of my career. It’s a UCI H.C. race, a very important one. It’s a good race with a good organization. I wasn’t sure to come here. I was initially a replacement rider but we came here as defending champions and we’re delighted we’ve made it again.”