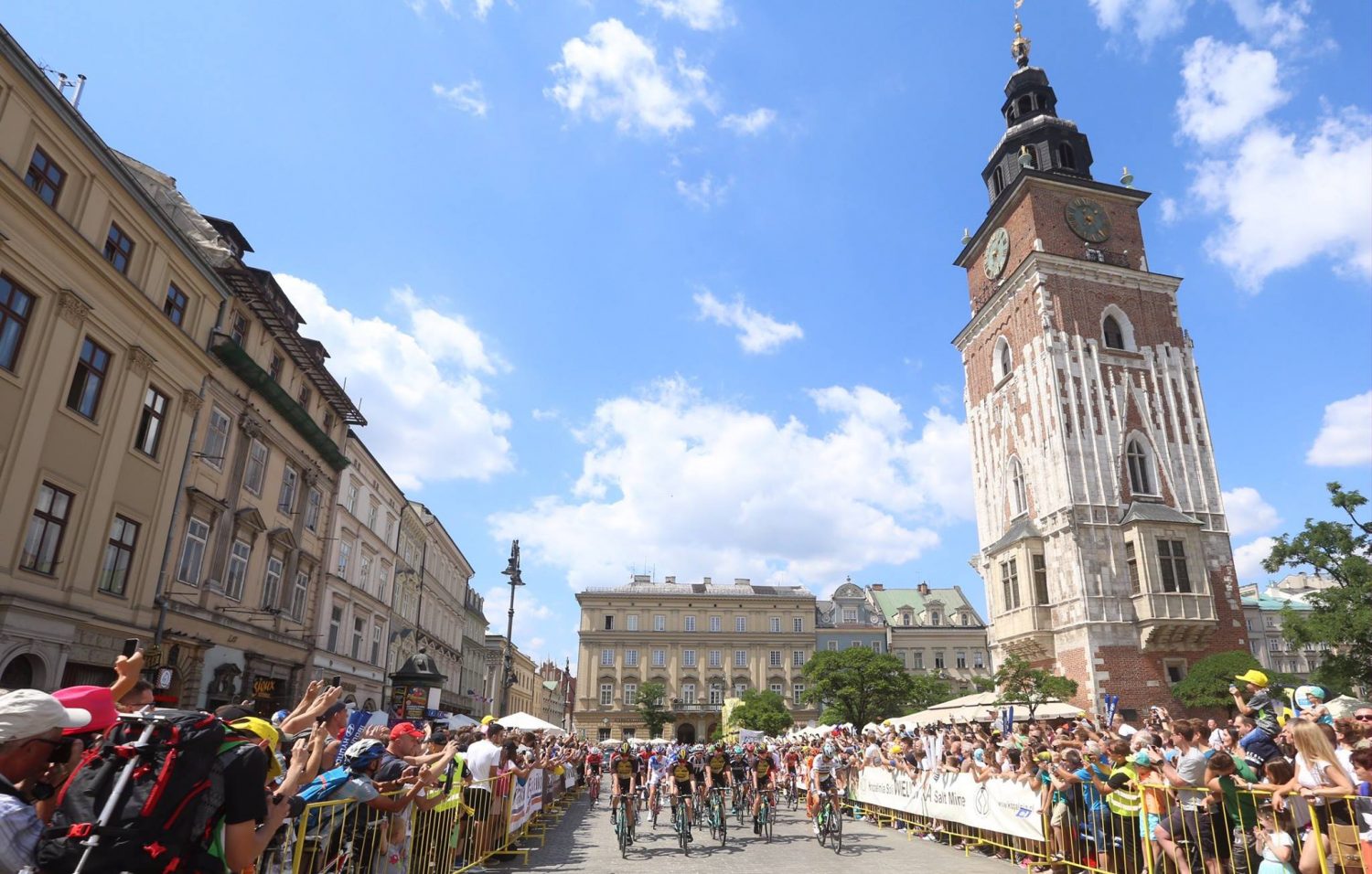 Team Sky featured prominently during the final kilometer, however, it was Team Sunweb’s Max Walscheid who was the first to open up his sprint.

But, the German rider was easily overhauled by Modolo during the final 150 meters, yet he still managed to hold-on for third place and seize the final spot on the podium ahead of Boy Van Poppel (Trek-Segafredo) and Youcef Reguigui (Dimension Data).

Meanwhile, based on points, Van Poppel moved up into first place in the overall classification, who now leads the race ahead of yesterday’s opening stage winner, Sagan.

With 80 kilometers to go, Kurek decided to jettison his breakaway companions and make a go of it alone. But, despite his valiant effort, he was  eventually reined in by the peloton during the penultimate lap of the 17-kilometer finishing circuit in Katowice.

Pawel Bernas (Poland) subsequently enjoyed a brief time out front, as did Daniel Oss (BMC), during the final lap. But, both riders were eventually reclaimed by the peloton as well.

Petr Vakoc (Quick-Step) followed with a surprise attack just outside the final kilometer, but he too was quickly reeled back in by the peloton under the auspices of Team Sky.

From there, the race began shaping up for an inevitable sprint finale, with Modolo emerging from out of the chaos to seize his first WorldTour  victory since the 2015 Giro d’Italia.