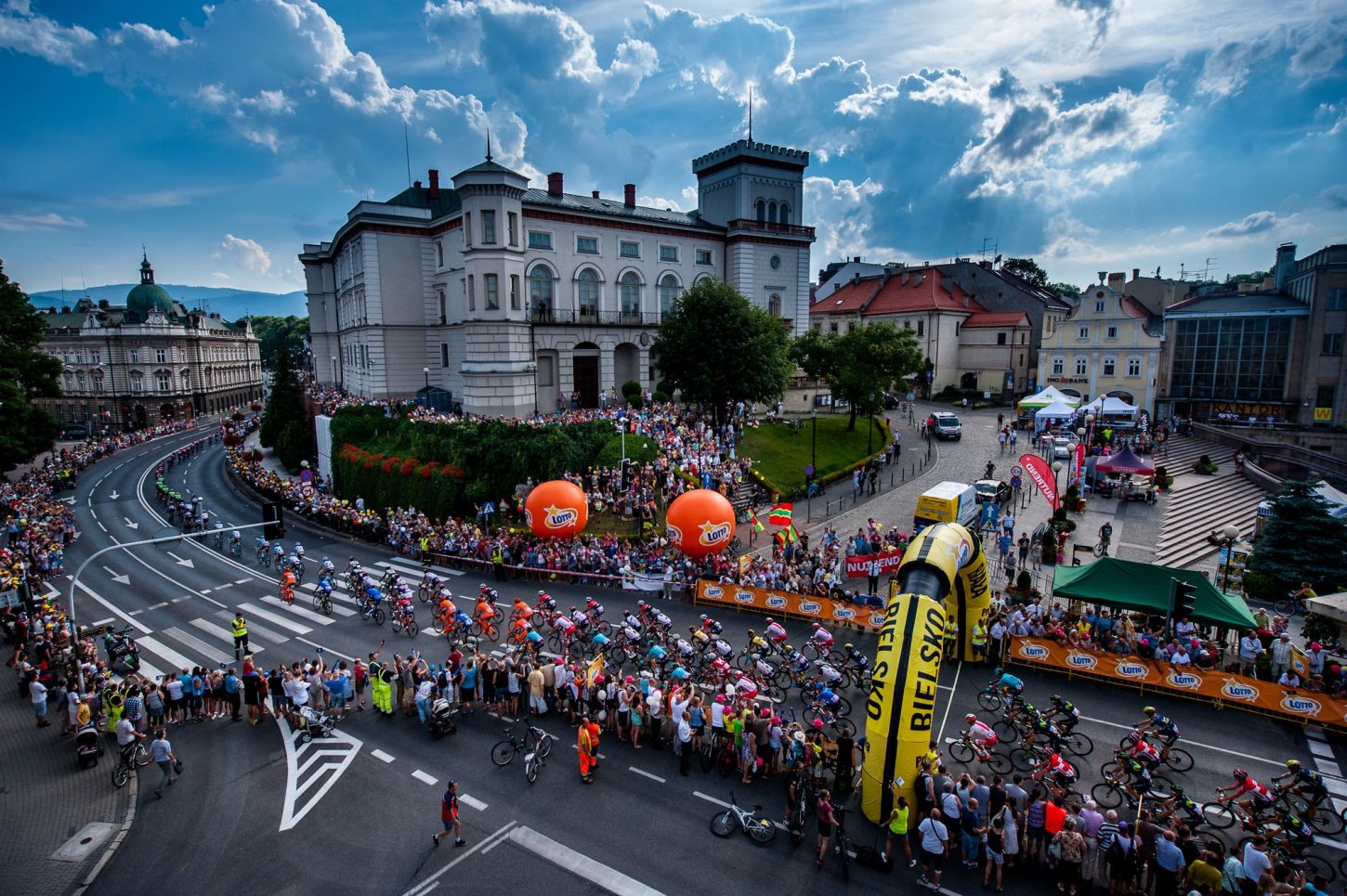 As a result of a time bonus however, Sagan was able to reclaim the yellow jersey, with a six second lead over Teuns.

Meanwhile, Sagan’s teammate, Rafal Majka, finished third in today’s stage, moving him up into third place in the overall classification.

“I have to thank my team, they did a great job of pulling back the earlier attacks and putting me in the right position,” Teuns said.

“This is my fourth win after taking two stages and the overall of the Tour de Wallonie in a week, my first ProTour win, so this is really something.”

From there, the escapees went on to establish a maximum advantage of almost four minutes over the peloton.

However, despite their valiant effort, the breakaway group was eventually reined in along the penultimate climb of the Zameczek, with 35 kilometers still to go.

Ilnur Zakarin decided to make a gutsy move along the final climb, but the lead group made quick work of reeling the Russian rider back in.

The next rider to make a move was Orica-Scott’s Jack Haig, who commenced an attack over the summit.

But, Haig was ultimately reclaimed by the chase along the lower slopes of the final climb of the Szczyrk.

Next came Valerio Conti, who made a brave attempt to ride clear, only to see the curtains brought down on his chances by Adam Yates (Orica-Scott), who rode past the Italian rider during the waning moments of the stage.

Teuns was quick to respond to Yates’ aggressions, shadowing the young British rider’s every move.

However, a last minute acceleration by Peter Sagan, along with a small group containing Majka and Team Sunweb’s Wilco Kelderman, resulted in Yates being overhauled, while Teuns held-on for the victory.