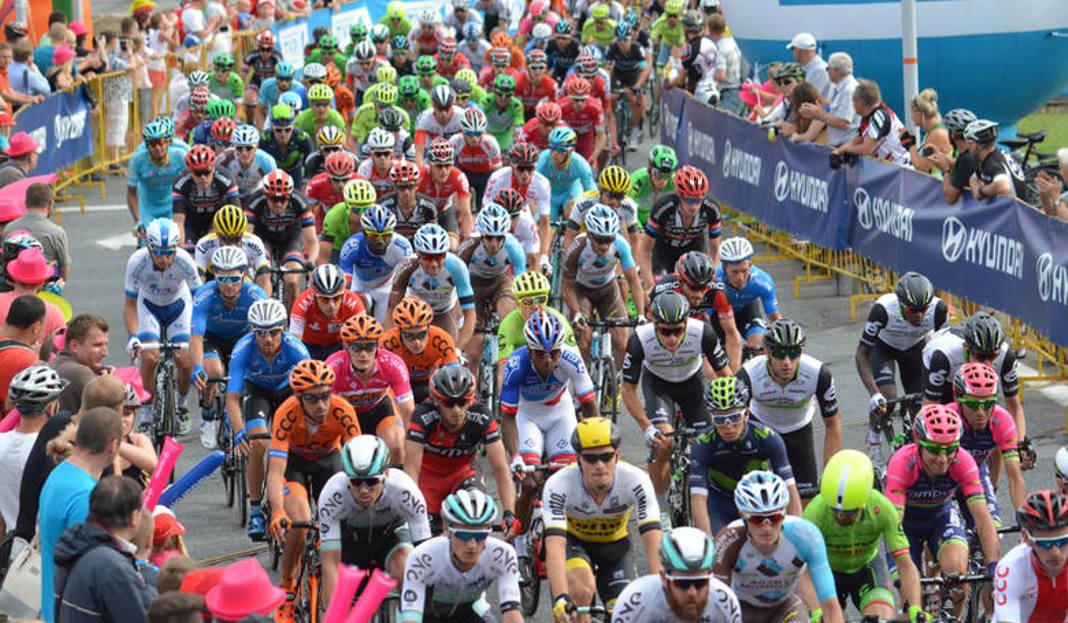 Dylan Teuns (BMC Racing) secured the overall victory in this year’s Tour de Pologne today, after the Belgian managed to hold off Rafal Majka (Bora-Hansgrohe) with enough of a lead to seize the yellow jersey.

Peter Sagan (Bora-Hansgrohe) animated today’s final stage from beginning to end, as the World Champion was the first rider to launch an early attack.

From there, the group worked together over the short but challenging 132.5 kilometer stage, which included two laps of a circuit that each featured three categorized climbs, along several other unclassified ascents between them before ending in Bukowina Tatrzanska.

With 35 kilometers to go, Sagan attacked again, taking Plaza along with him.

The duo managed to quickly distance their former breakaway companions as they reached the penultimate climb of the Sierockie.

Sagan attacked again, easily jettisoning Plaza, and subsequently building up a lead of around half a minute for himself.

With 15 kilometers to go, Sagan’s team-mate Majka attacked from the chase group, along with Poels.

The two proceeded to work well together along the steep 22% of the final climb of the Sciana Burkowina.

Meanwhile, Teuns had been dropped from the bunch with a mechanical problem as he was helped by BMC teammate Tejay van Garderen.

Sagan elected to drop back out of the lead group to assist teammate Majka. Shortly after, there was a regrouping with the Poels/Haig group, Majka group and Teuns all coming back together – Yates was in there too.

Sagan then attacked again, opening up a slight gap of 20 seconds with 4 kilometers to go.

When Sam Oomen (Team Sunweb) attacked from the lead group on the final unclassified climb to the finish, Poels was quick to chase him down, dragging the group along with him.

Just as the lead group caught up with Sagan, Majka attacked, while Teuns followed him with Poels in tow.

Poels and Majka led the pace into the final 2 kilometers, while Teuns and Majka failed to cooperate with one another.

This lack of cohesion allowed the chase to catch them during the final kilometer.

Yates was the first rider to attack, followed by Poels, who proceeded to ride around him and ultimately seize the stage victory.

In the meantime, Majka appeared to hesitate during the sprint, losing the chance to claim bonus seconds and overhaul Teuns in the final classification.