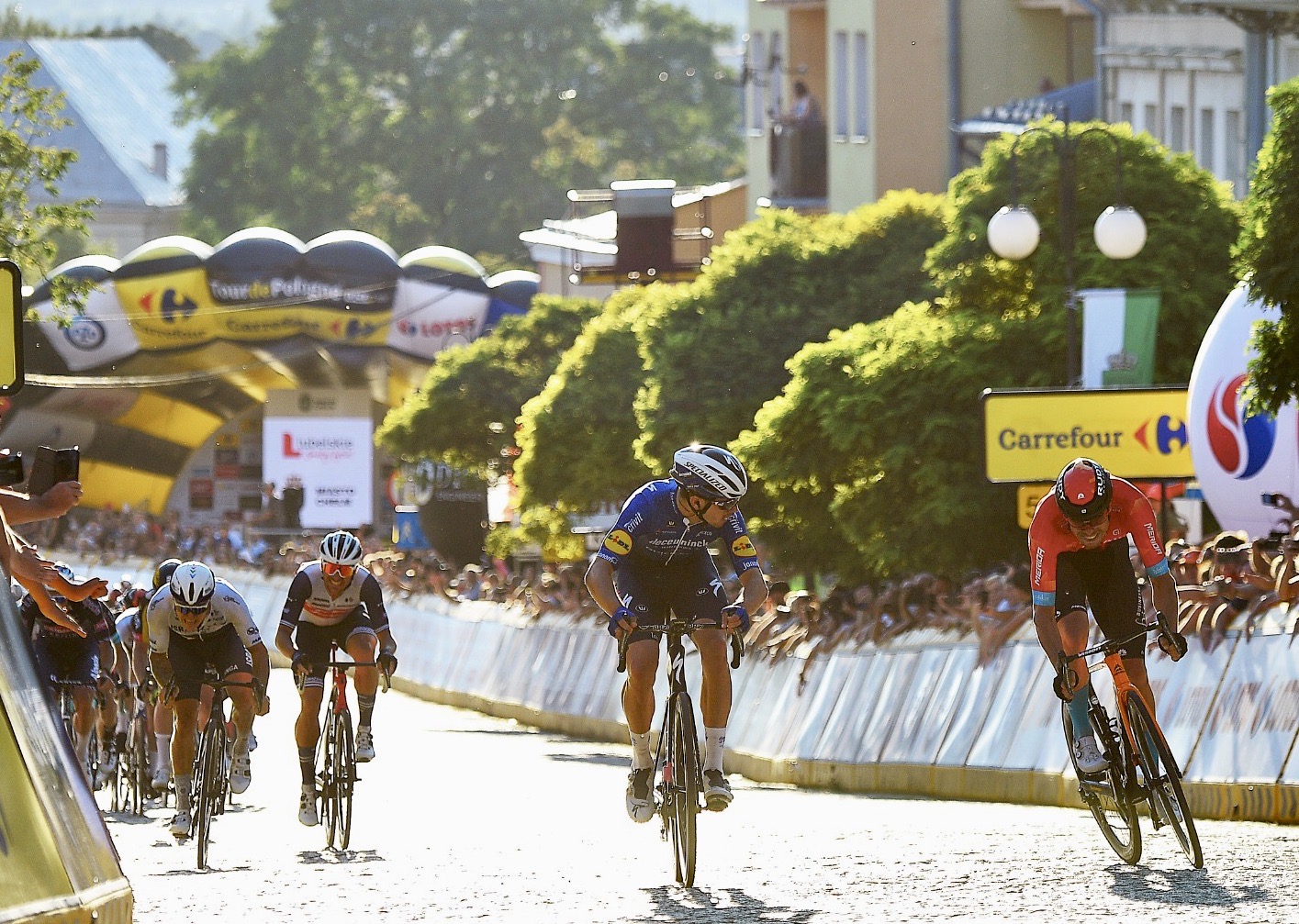 Phil Bauhaus won the opening stage of the Tour de Pologne today,  with a well-timed sprint that saw the German rider catch and pass Álvaro Hodeg (Deceuninck-QuickStep) along the cobbled finish to claim the stage honors in Chelm.

A breakaway consisting of Yevgeniy Fëdorov (Astana – Premier Tech), Michał Paluta (Poland) and Sean Bennet (Team Qhubeka NextHash) built up a lead of 3′ 30″ with just over an hour from the start of the race. Of the three fugitives Fedorov won the two Intermediate sprints placed in Batorz and Godziszów and the Antolin 3rd cat KOM while Paluta got the first and third KOM and the Lat Przeglądu Sportowego special prize placed at the km 116,5 from Lublin.

Bahrain – Victorious and Deceuninck – Quick-Step led the pace in the group while controlling the breakaway The three were reeled in by the peloton at 169km. Kwiatkowski and Mohoric showed their GC ambitions fighting for the last intermediate sprint of the day where Kwiatkowski took 3” of bonification ahead of Mohoric (2”) and Liepins (1”).

The final part of the race saw several attacks including a three-man attempt by Jos van Emden, Antoine Duchesne and Tom Scully who opened up a gap of 41″ but were caught with 15km to go. In the final circuit the race fired up and on the last 500 metres to Chełm, Alvaro Hodeg tried to anticipate the sprint but was caught right before the finish line by Bauhaus setting a great action that resulted in a stage victory scored by the German rider. over Alvaro Hodeg (2nd) and Hugo Hofstetter (3rd).

Bauhaus sprinted to the finish with an incredible performance that allowed him to take both the General and Points classification jerseys sponsored by, respectively, Carrefour and Lotos. Michał Paluta now leads the Climbers’ classification – PZU – and Yevgeniy Fëdorov was awarded the prize for most active rider by LOTTO. Michal Kwiatkowski was the best Polish rider today.