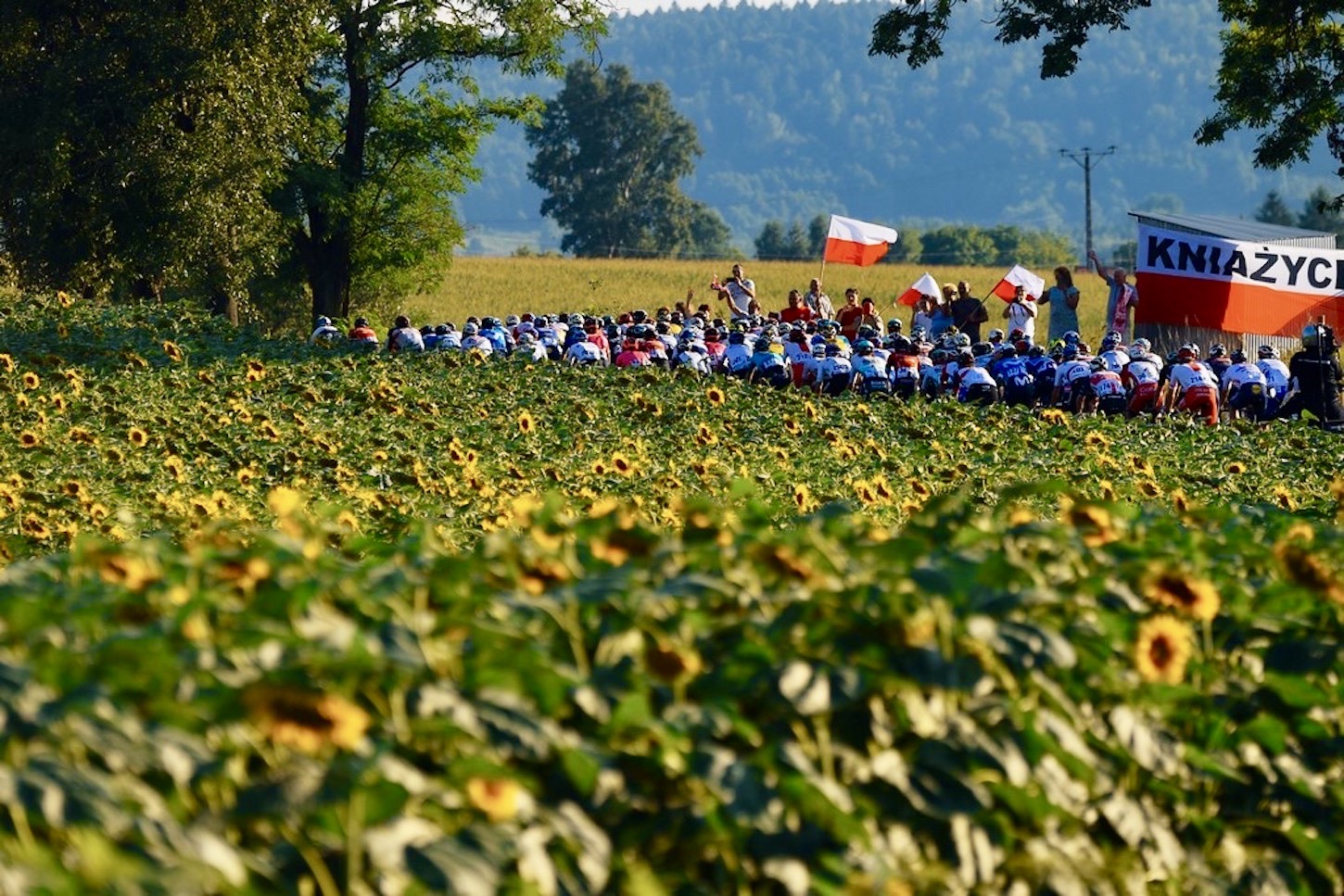 Thanks to a great performance and faultless timing, Joao Almeida won stage 2 of the Tour de Pologne day, beating Diego Ulissi on the finish line, the only rider able to keep up with the Portuguese rider on the steep and final climb. Matej Mohoric finished third while Michal Kwiatkowski concluded in fourth position 4″ behind the winner.

The final kilometers provided a true show for cycling enthusiasts as the race exploded with 1km to go when Almeida attacked and split the bunch turning the race into a two riders sprint on the brutal climb. With 500 meters to go Ulissi made his move and passed Almeida at the 300 meters mark. The 2 riders controlled each other until the moment Ulissi decided to go. Despite his great effort on the climb, Almeida was able to respond to the Italian rider’s kick and pass him on the line.

“It was a very fast and nervous stage,” explained the winner. “Before the last climb I was a bit nervous, but when we turned left with 1.5 km to go I decided to move to the front and give it a try. I did my best and focused on my effort. In the end when Ulissi joined me I still found all the energy to launch my sprint and pass him close to the line. This climb was brutal but at the same time beautiful. I’m happy that my first WT win happened on the top of this climb, it made my day even more special.”

With this victory João Almeida also took the Carrefour yellow jersey as now leads the GC.

“We have a strong team here and we’ll do our best to defend the leadership. But I also want to enjoy the race and the great atmosphere in the team.” he concludes.

“I had a good feeling all day long,” said Ulissi right after the finish. “The team worked really well and controlled the race before the finish. I did my best, but Almeida really did something special today. I managed to close the gap on him, but at the sprint he still had a bit more energy in the tank. I have to congratulate him.”

“There was a big fight coming into the last corner with 1.5 km to go”. says Michal Kwiatkowski, who has just become the father of the beautiful Maria and is the current Best Polish rider of the race. “I was surprised by Almeida. I honestly thought it was too early to attack and that we would get him. but instead he maintained the gap and was only caught by Ulissi. Chapeau to him for winning this stage. I really wanted to win in front of my crowd but that’s what I got today. I picked up fourth place but there are still some tough stages coming up so nothing is decided yet for GC.”

Thanks to his 3rd place Matej Mohoric is now leader of the points classification while Michal Paluta maintains the PZU climber’s classification, despite a crash in the final kilometres.  Evgeny Fedorov still leads the Most Active rider classification.