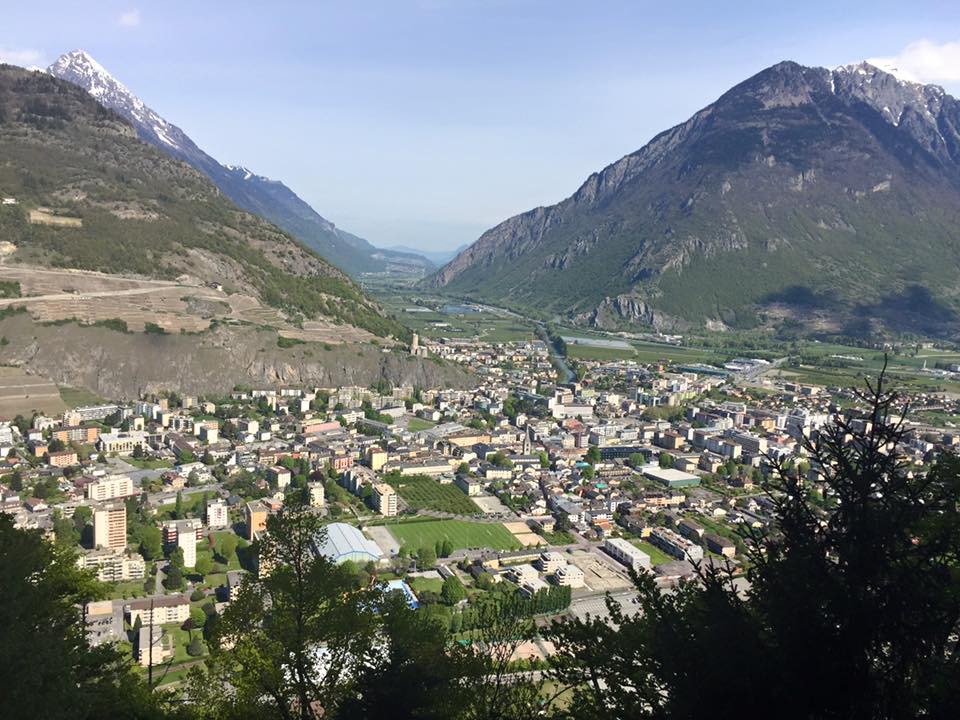 Chris Froome (Sky) finally made his presence known at this year’s Tour de Romandie, after winning stage 4 in Villars today, upon dispatching Tejay van Garderen (BMC) on the first of two ascents of the of Barboleusaz.

Indeed, with just a little over 3 kilometers remaining, the British rider managed to rid himself of van Garderen along the final climb, to claim a rain-soaked victory four seconds ahead of his closest rival.

Meanwhile, Ion Izagirre (Movistar) won the sprint for second place, followed by Thibaut Pinot (FDJ) in third place, after the chase had reclaimed van Garderen along the decent.

Nairo Quintana (Movistar) continues to defend his yellow jersey, with a 19 second advantage over Pinot.

“It’s been a tough race so far,” said Froome behind the podium, “so to come and win the queen stage today, especially attacking so far out, is a great feeling. It’s nice as a team for us to get a victory here and not come away empty handed.

“It’s a road I remember from two years ago, with similar conditions to today in the rain and cold. I thought if I’m going to get away it’s going to have to be a long way from the finish. Tejay van Garderen came with me and the two of us worked together really well. He had the objective for the general classification and I had my sights set on winning the stage. I’m just really happy that it worked out in the end.”

Froome and van Garderen made a move on the first of the two ascents of the Barboleausaz, in an effort to chase down Bob Jungels (Etixx-Quick Step) and Pavel Kochetkov (Katusha), who were the only two riders that remained out front from the original 11-man breakaway group of the day (which also included Jungels’ teammate Marcel Kittel).

As the group reached the summit of the first climb, Movistar was busy taking up the pace-setting back in the chase.

Froome and van Garderen quickly dropped their companions on the final climb, while their gap stretched out to almost a minute.

With 7.4 kilometers to go, Froome managed to drop van Garderen, leaving the American in purgatory, while the British rider continued to open a gap what would later prove to be insurmountable for the chase close.

Meanwhile, Miguel Angel Lopez (Astana) was the first rider to launch an attack from the splintering chase group, though he was reined in shortly thereafter thanks to the combined efforts of Romain Bardet (Ag2r-La Mondiale) and Rui Costa (Lampre-Merida).

Zakarin was the next to try his luck, launching a searing attack five kilometers from the summit. But, he too was reeled in by Ion Izagirre.

Almost immediately afterwards, Pinot launched the first of his multiple attacks, but try as he might, the French rider couldn’t distance his chief rival – Quintana.

From there, the climb became a war of attrition, with a series of riders such as Bauke Mollema (Trek-Segafredo) and Rui Costa being repeatedly dropped, only to claw their way back, while others like Rigoberto Uran (Cannondale) and Zakarin, continued to return virtually every counter-attack.

A sharp acceleration from Quintana three kilometers from the summit did little to discourage Pinot, who proceeded to launch an attack of his own. But, those aggressions ultimately led to a draw, as both riders were forced to descend together during the final run-in to the finish in Villars.

Froome, meanwhile was forced to carefully negotiate his descent along the rain-soaked roadway, giving the Sky rider only a minimal buffer to celebrate a solo victory, as a hard charging peloton was not far from his heels at that point.