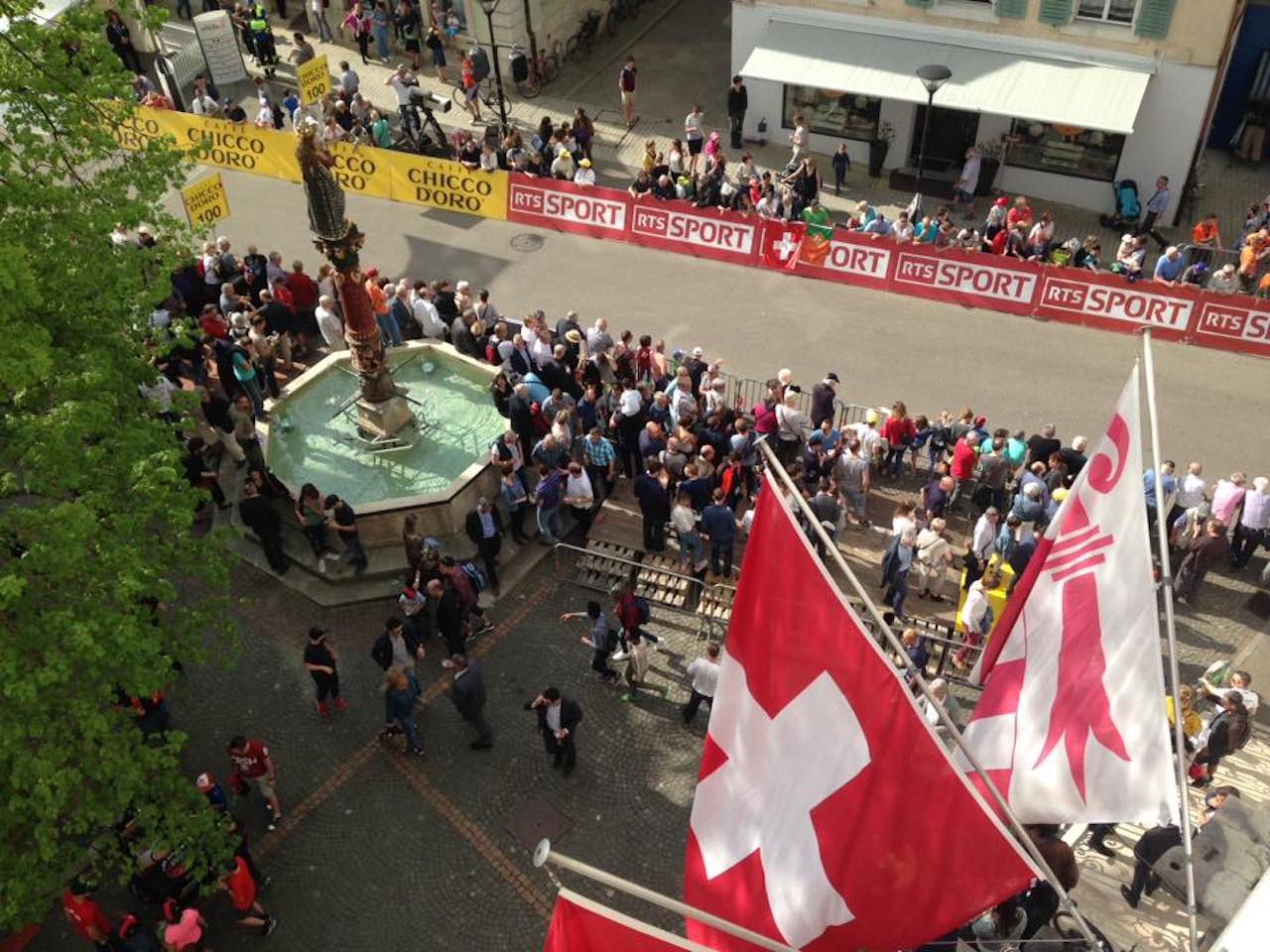 Meanwhile, yesterday’s opening prologue winner, Michael Matthews (Sunweb), was dropped during the final lap, opening the door for Primoz Roglic (LottoNL-Jumbo) to take the overall lead after his third-place result in the prologue.

In addition, BMC’s Rohan Dennis moved up into second place in the overall classification, followed by Team Sky’s Geraint Thomas in third.

From there, the quintet remained out front for most of the stage, until a series of climbs reduced their advantage to where only Gougeard and Minnaard remained clear with 20 kilometers to go.

However, with 10 kilometers remaining, Gougeard found himself alone out front. But, it was just a matter of time before the French rider was reeled in with 2 kilometers to go.

The closing kilometers saw several riders attempt to escape, but a vigilant peloton kept anyone from getting clear.

Fraile and Colbrelli led the peloton during the final few hundred meters, with the Astana rider emerging victorious during the slightly uphill sprint to the finish.