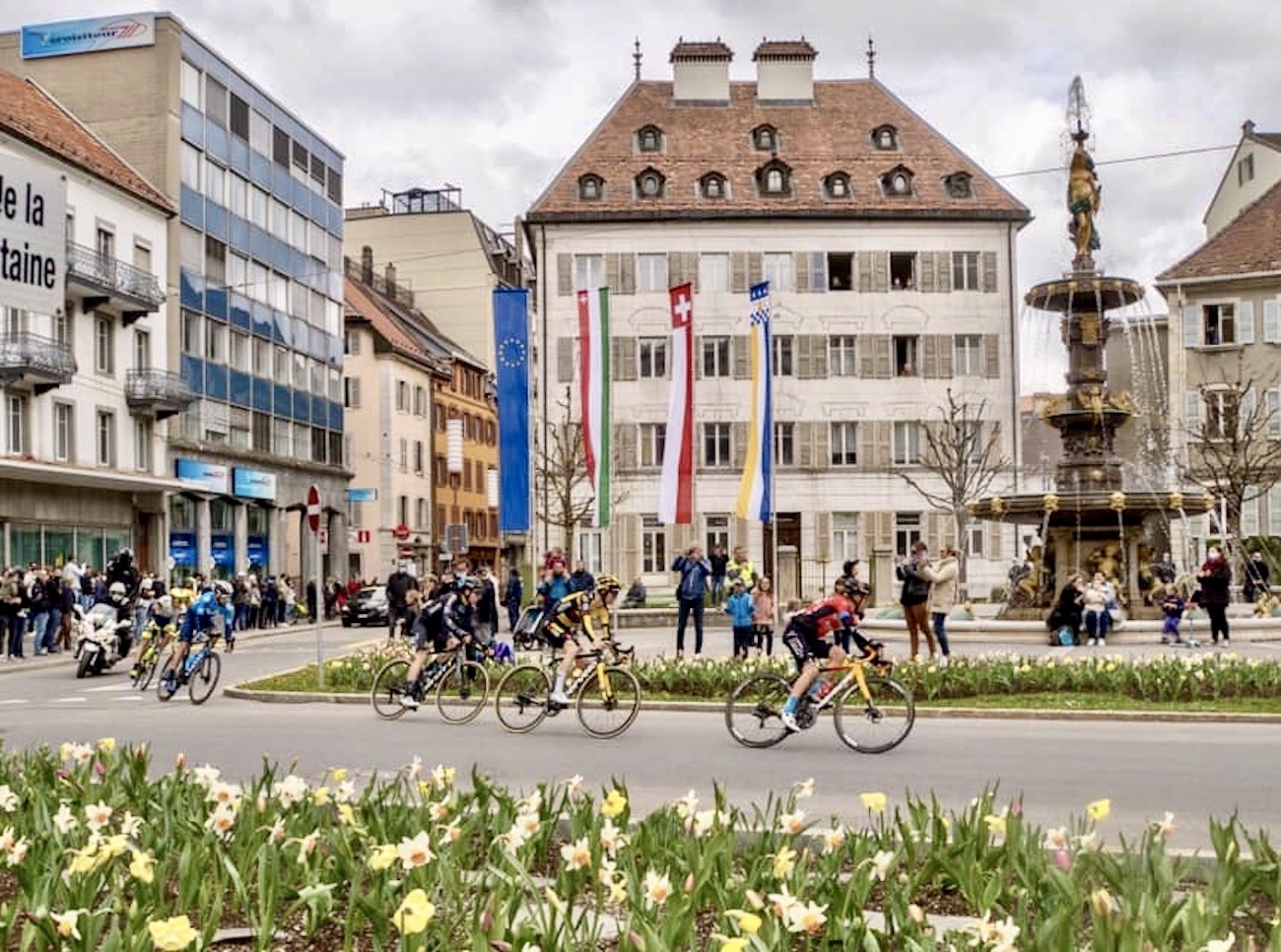 Sonny Colbrelli (Bahrain Victorious) won stage 2 of the Tour de Romandie today, beating Patrick Bevin (Israel Start-Up Nation) in a sprint finale in Saint-Imier, while yesterday’s stage winner Peter Sagan (Bora-Hansgrohe) was among the sprinters who were dropped along the day’s final climb.

Marc Hirschi (UAE Team Emirates) rounded out the podium, after finishing in third.

Taaramäe later decided to attack his fellow escapees just before the second of three passages of the finish line in Saint-Imier, before hitting the penultimate climb of the Col des Pontins.

Taaramäe continued to open up his lead, increasing his gap to over half a minute over the chase, and more than two minutes over the peloton.

Tolhoek was the first of the breakaway group to get reeled in by the peloton with 37 kilometers to go, while Taaramäe increased his gas to 2:47.

However, the peloton succeeded in sweeping up the rest of the breakaway group, along with the Estonian rider with 21 kilometers to go.

From there, Team DSM took over the pacing, while Ineos continued to look strong at the front as well.

Dennis was forced to chase for Thomas and Porte, so Woods countered with Elissonde and Kuss with 19 kilometers left. But, the steady pace of Dennis managed to bring them back.

Colbrelli managed to get over the top of the final climb with Thomas and Porte on the wheel with 16 kilometers go.

Pernsteiner later joined Dennis at the front during the last 6 kilometers.

O’Connor tried to get away during the final 2 kilometers, but Dennis once gain closed things down under the Flamme Rouge

Jack Haig and Damiano Caruso led out Colbrelli, positioning their teammate perfectly, while also boxing in Bevin, forcing him to sprint the long way around his Italian rival.

Colbrelli’s victory sees him move to fifth place on the overall standings, with Bevin slotting in at second just eight seconds behind the leader, while Hirschi also gained some bonus seconds seeing him go into sixth place.