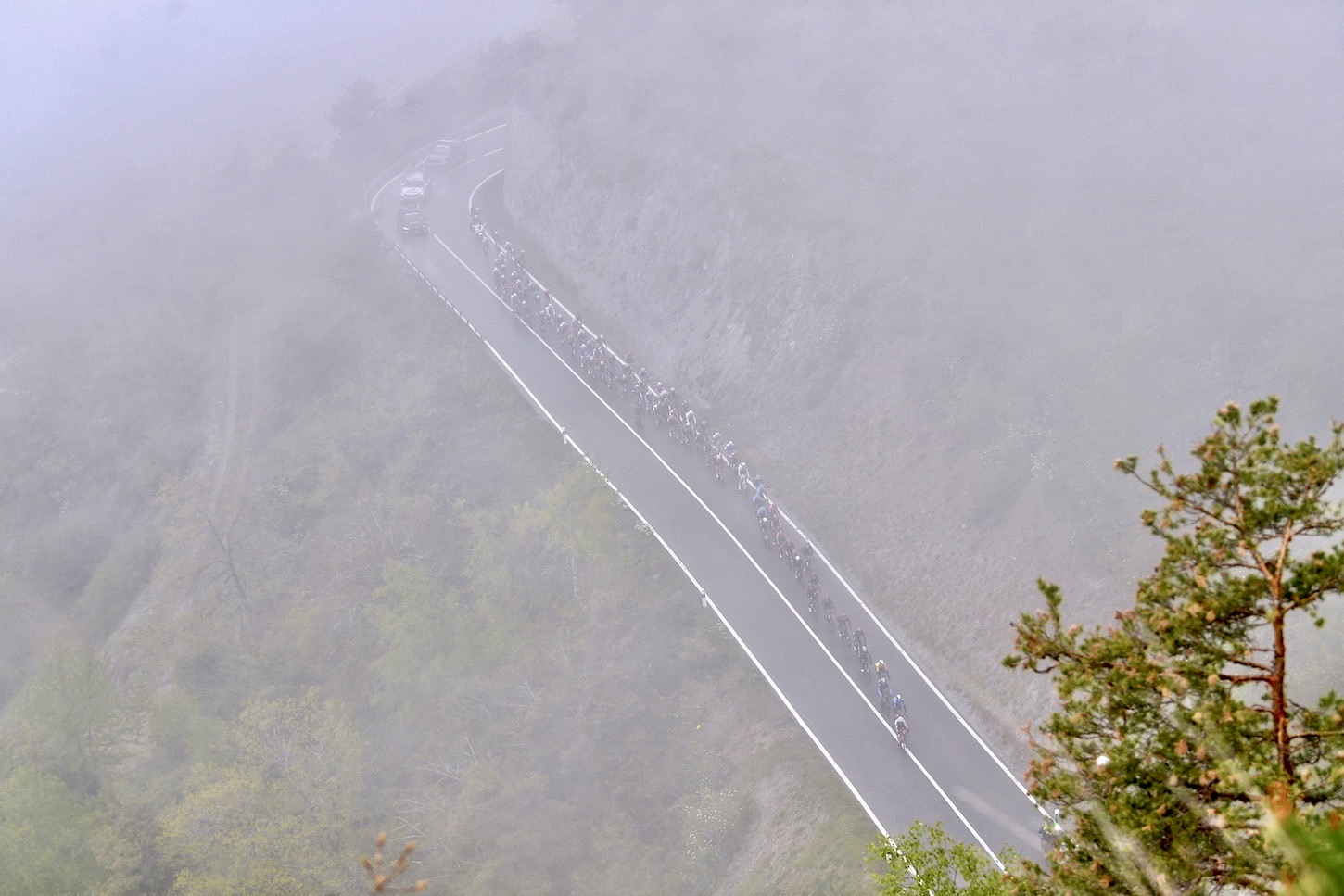 Michael Woods (Israel Start-Up Nation) won stage 4 of the Tour de Romandie today, beating Geraint Thomas to the line after the Welsh rider crashed during the closing 50 meters of the summit finish to Thyon 2000.

Thomas was side-by-side with his rival when his right hand slipped from the handlebar in rain-soaked conditions, causing the Ineos Grenadiers rider to hit the tarmac.

Woods crossed the line to claim first place, while Ben O’Connor (Ag2r Citroën) passed Thomas, who struggled to remount his bike and finish the stage, to win second place.

As a result of his catastrophe, Geraint forfeited his chances at seizing the yellow jersey, conceding 21-seconds to Woods.

Woods now leads the race after wresting the leader’s jersey from the shoulders of Movistar’s Marc Soler, who cracked along the final climb.

Magnus Cort (EF Education-Nippo) was the alone survivor of the day’s breakaway group, with the Danish rider getting caught with just under 5 kilometers remaining.

Thomas was initially riding alongside Soler and his teammate Richie Porte, before attacking with just over 3 kilometers to go, later making his way to earlier attackers Lucas Hamilton (BikeExchange), Fausto Masnada (Deceuninck-QuickStep) and O’Connor, and later Woods.

Thomas then drove the pace for the final two kilometers, as Woods managed to hold the wheel.

Going into the final 200 meters, Woods started to open up a slight lead, but Thomas managed to move back alongside the Canadian rider.

Woods kicked again, at which point Thomas rose from the saddle, but his right hand suddenly slipped from the handlebar, causing his front wheel to turn-out and slip on the wet tarmac, allowing Woods to ride away and claim the victory.