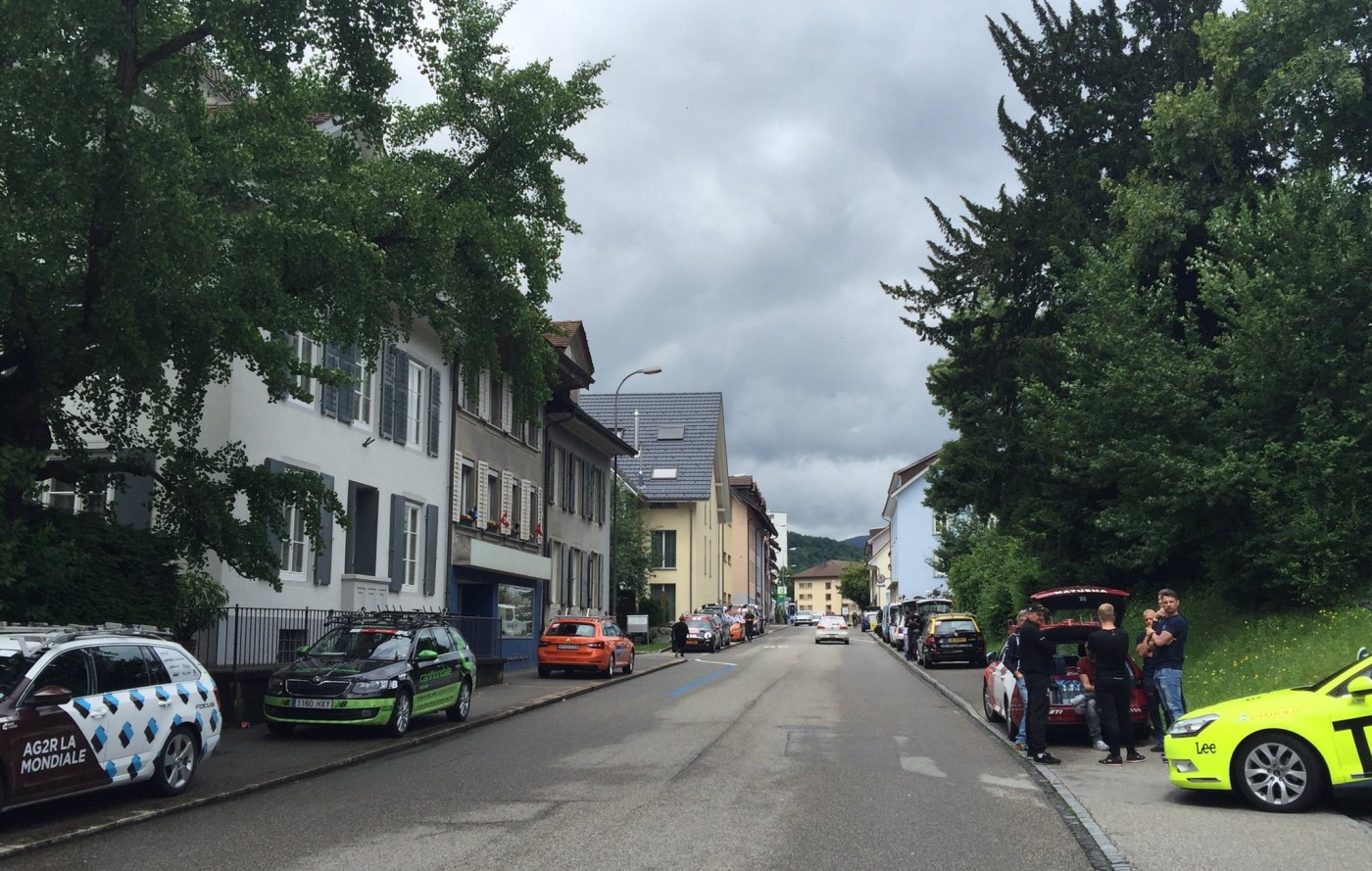 Peter Sagan continued his winning ways at this year’s Tour de Suisse, after winning his second consecutive victory in a sprint finale against Michael Albasini (Orica-GreenEdge) and Silvan Dillier (BMC) in Rehinfelden today.

Orica-GreenEdge’s Amets Txurruka was the first rider in the peloton to try and bridge his way to the breakaway group, but to no avail.

However, with 20 kilometres to go, only four of the original breakaway riders managed to stay out front, as the peloton continued to bear down on the escapees.

Sensing the opportunity for a stage win, Albasini had his teammates Chris Juul-Jensen and Mat Hayman usher him to the front of the peloton during the last 18 kilometers.

Not long after, Albasini made his way to the breakaway group along the penultimate ascent of the day.

Meanwhile, the rest of the peloton bided their time, with Sagan picking his moment during the last 7 kilometers to launch an attack near the top of the final ascent.

Using his descending skills, it didn’t take Sagan long to bridge the 30-second gap to Albasini and Dillier.

Albasini and Dillier were keen to work with Sagan, but their lead began to diminish quickly during the final kilometer.

A determined Sagan however, wasn’t going to allow himself to be caught, launching another attack in an effort to motivate his breakaway companions.

Albasini laid on the power under the flamme rouge, but a persistent peloton continued to bear down on the leaders, with Lotto-Soudal at the head for Roelandts.

Nevertheless, the peloton was unable to catch the trio, with Albasini being the first rider to open up his sprint.

The ending was quite inevitable, with Sagan sprinting round the outside to take the time bonus and the yellow leader’s jersey.