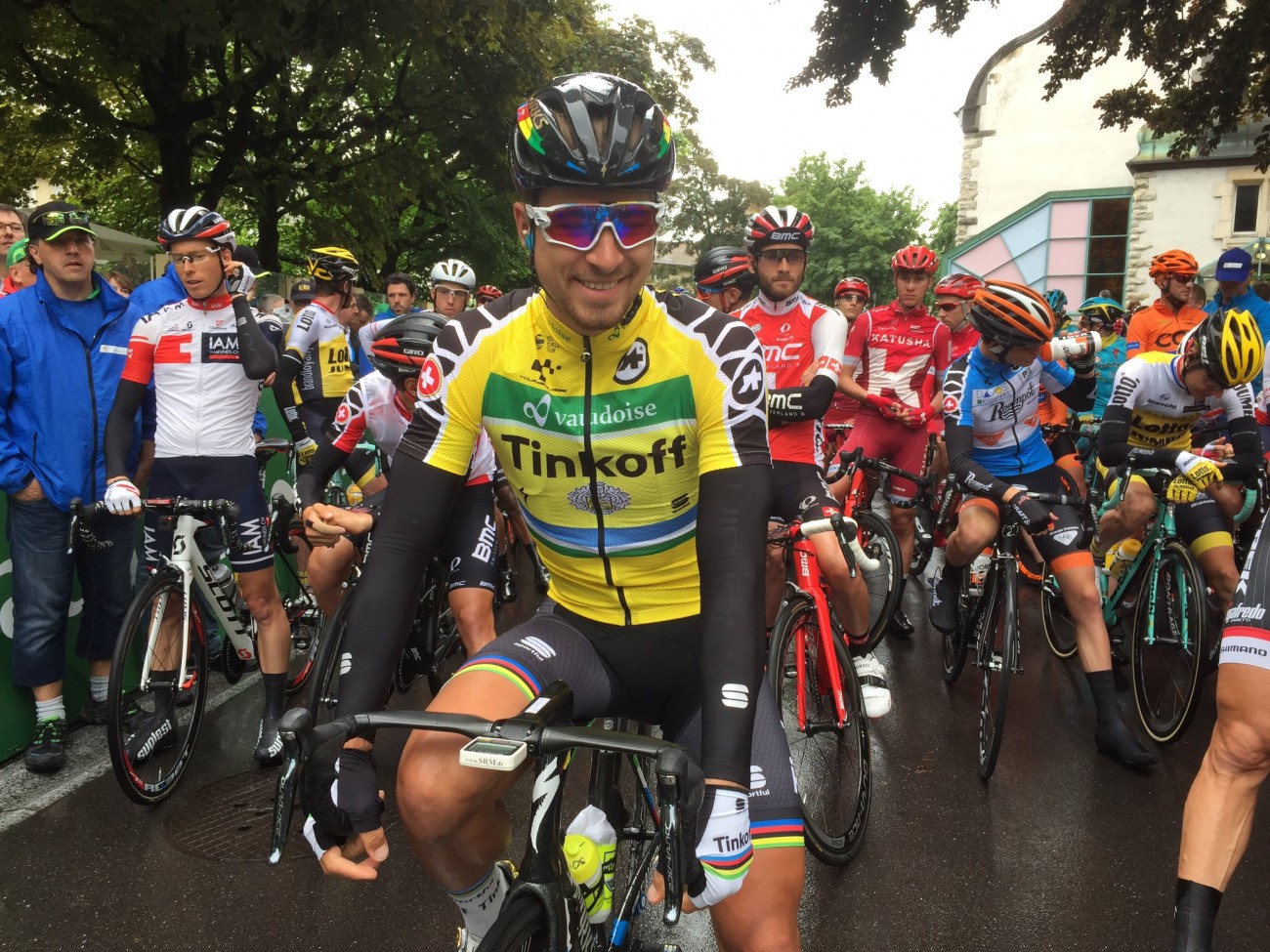 Etixx-QuickStep’s Max Richeze won stage 4 of the Tour de Suisse in Champagne today, finishing ahead of his teammate Fernando Gaviria, while race leader Peter Sagan (Tinkoff) swept across the finish in third place to maintain his hold on the overall lead.

Maximiliano Richeze and Fernando Gaviria made it a one-two affair for Etixx-Quick Step, after the duo opened up their sprint during the final few hundred meters that saw the World Champion unable to match their combined acceleration.

The win is Richeze’s first individual victory since the 2012 Tour of Japan, with the Argentinian rider mostly working as a domestique in recent seasons.

The peloton judged the catch of the breakaway to perfection, reeling in the remaining riders just inside the four kilometre mark. Etixx-Quick Step and Orica-GreenEdge were pulling hard on the front for Gaviria and Magnus Cort Nielsen respectively.

Team Sky was also at the front for their sprinter Danny van Poppel, and race leader Peter Sagan had two teammates to help him in the final kilometers.

Sagan kept himself on Gaviria’s wheel heading into the last kilometer, while Van Poppel went into the final corner too fast and did well to keep himself upright as he removed one foot from the pedal and clipped the barrier.

Unfortunately for Sagan, he found himself too far back heading into the final corner, and was unable to challenge the Etixx-Quick Step duo, with Gaviria easing up to allow his teammate the glory.

From there, the escapees went on to establish a four minute advantage over the peloton.

However, with 40 kilometer’s remaining, their gap had fallen to just two minutes. And, despite the quartet putting up fierce resistance during the final hour, the remaining escapees were caught not long after the final climb of the day.

Etixx-QuickStep’s lead-out train then took to the front during the closing kilometers, with Zdenek Stybar and Petr Vakoc taking massive turns at the head of the peloton, in an effort to set-up Richeze and Gaviria.