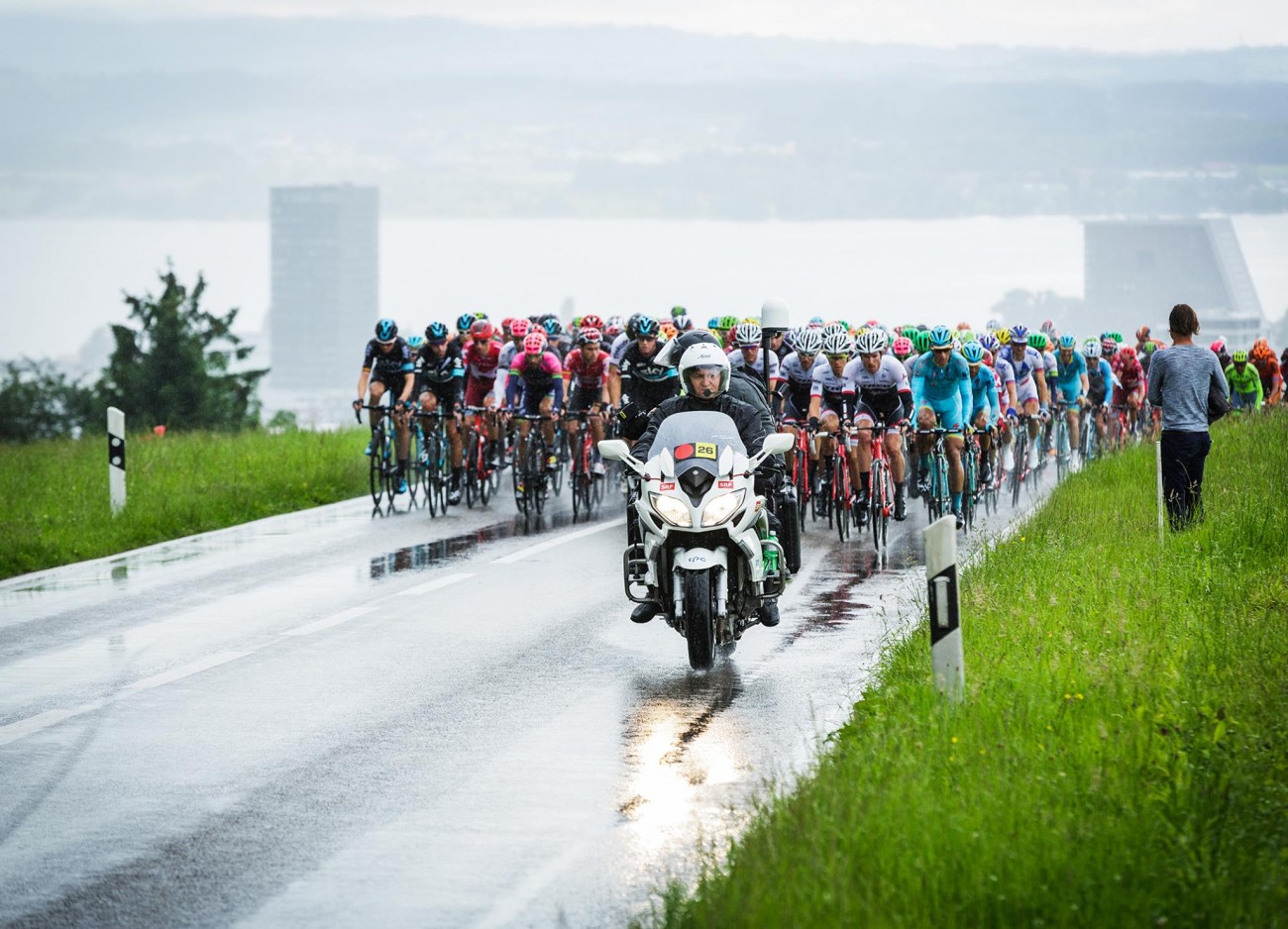 Darwin Atapuma (BMC Racing) claimed stage 5 of the Tour de Suisse today, after commencing a late attack along the final summit finish – to hold off Warren Barguil (Giant-Alpecin) and a small group of GC favorites to seize the victory.

Atapuma was part of an early breakaway group that managed to ride clear before the ascent of the mighty Furka Pass, followed by the equally challenging Gotthard Pass.

From there, Atapuma was one of seven riders left from the day’s breakaway group to hit the base of the final climb, while still clinging to a lead of around a minute over a reduced peloton.

Tim Wellens (Lotto Soudal), Natnael Berhane (Dimension Data) and Winner Anacona (Movistar) proceeded to do most of the pace-setting along the lower slopes, while Atapuma sat patiently in their slipstream before launching his winning move during the final 6.5 kilometers.

Berhane would try to follow Atapuma for the first 200 meters, but the Colombian rider surged again, this time riding clear alone.

Wellens subsequently set off in pursuit of Atapuma, but the Lotto-Soudal rider was unable to close ranks with the BMC rider, before being reabsorbed by the chase during the closing 3 kilometers.

Miguel Angel Lopez (Astana) was the next rider to try and bridge to Atapuma, but Rui Costa (Lampre-Merida), Tejay van Garderen (BMC), Geraint Thomas (Sky) and Wilco Kelderman (LottoNL-Jumbo) were quick to mark his move.

The chase would eventually get within 17 seconds of Atapuma during the final kilometer, where Barguil set off alone in pursuit of the leader with 400 meters remaining.

However, a fading Atapuma would ultimately summon up a final effort to clinch the stage honors, while Barguil had to settle for second.