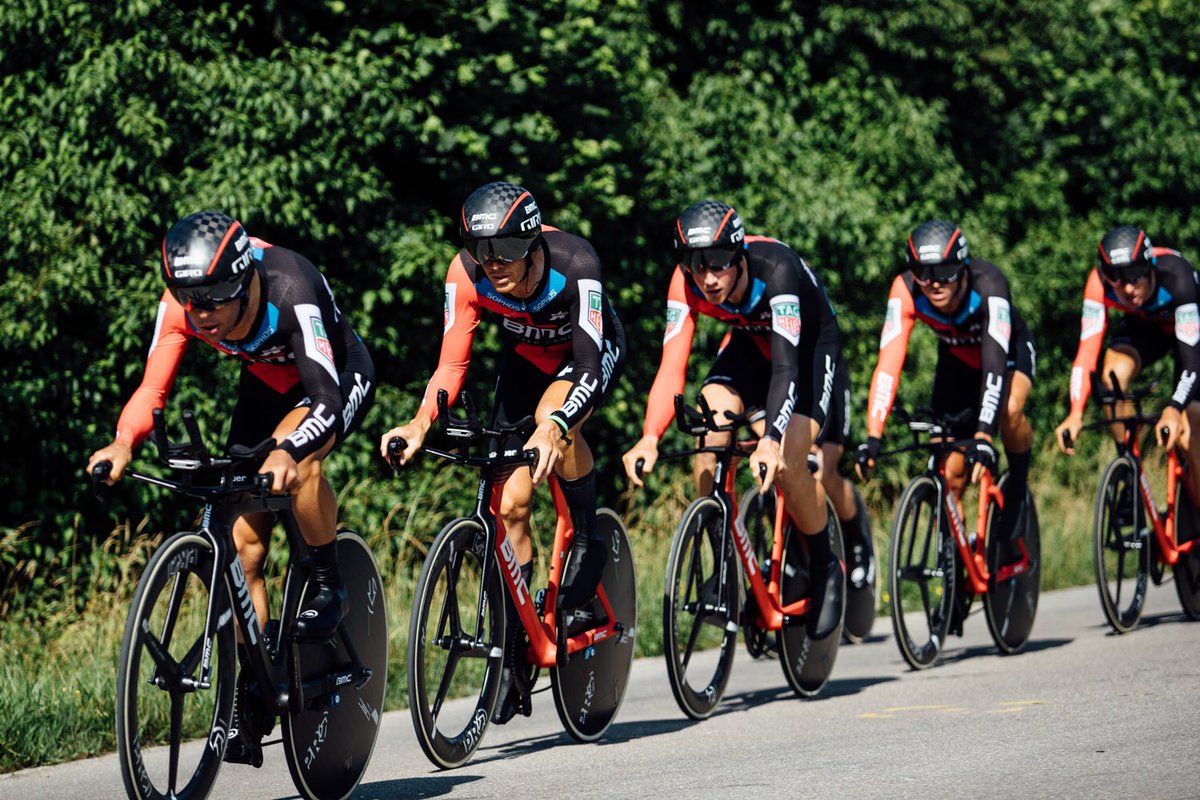 BMC Racing Team couldn’t have asked for a better start to the Tour de Suisse with a dominant performance in the team time trial to secure the win, which was dedicated to late team owner, Andy Rihs.

After 10km, the team posted the best time by seven seconds and continued their perfect run into the line to stop the clock in 20,18″, to win by a commanding 20 seconds.

The team time trial was the first in almost three years, and first with BMC Racing Team, for Richie Porte, who is making his debut at the Tour de Suisse, which made for a solid start to his General Classification ambitions.

“The guys were fantastic. We showed once more why we are one of the best, if not the best, team in this discipline in the world. We took it really seriously. We had a good look at the parcours two days ago and this morning and everyone was fully focussed. Everyone was ready for the challenge and with such a good team in the background it set the stage for us. It was set up to win today and we can be really proud of our performance today.”

“It’s really special to be the leader of this race. Thanks to the guys for that because everybody did their job and I was the one chosen to go first over the line. It means a lot to me. It’s my home. It’s where I grew up and it’s where I competed in my first cycling race ever 14 years ago so the circle is closing. To wear the yellow jersey in my home race is a dream and I am going to enjoy it for sure.”

“That was my first team time trial since 2015 when I was with Team Sky and they were beaten by BMC Racing Team. It was absolutely incredible. You really have to tip your cap today to Stefan Küng. He was like ten men. He was absolutely flying so, it was very impressive.”

“I don’t think you are meant to feel good in a race like that. It’s been a while since I raced so I don’t really know where I am at but I mean it was just fantastic to come to the Tour de Suisse, the home of Andy Rihs, and be able to win the stage. I think we dedicate the win to Andy.”