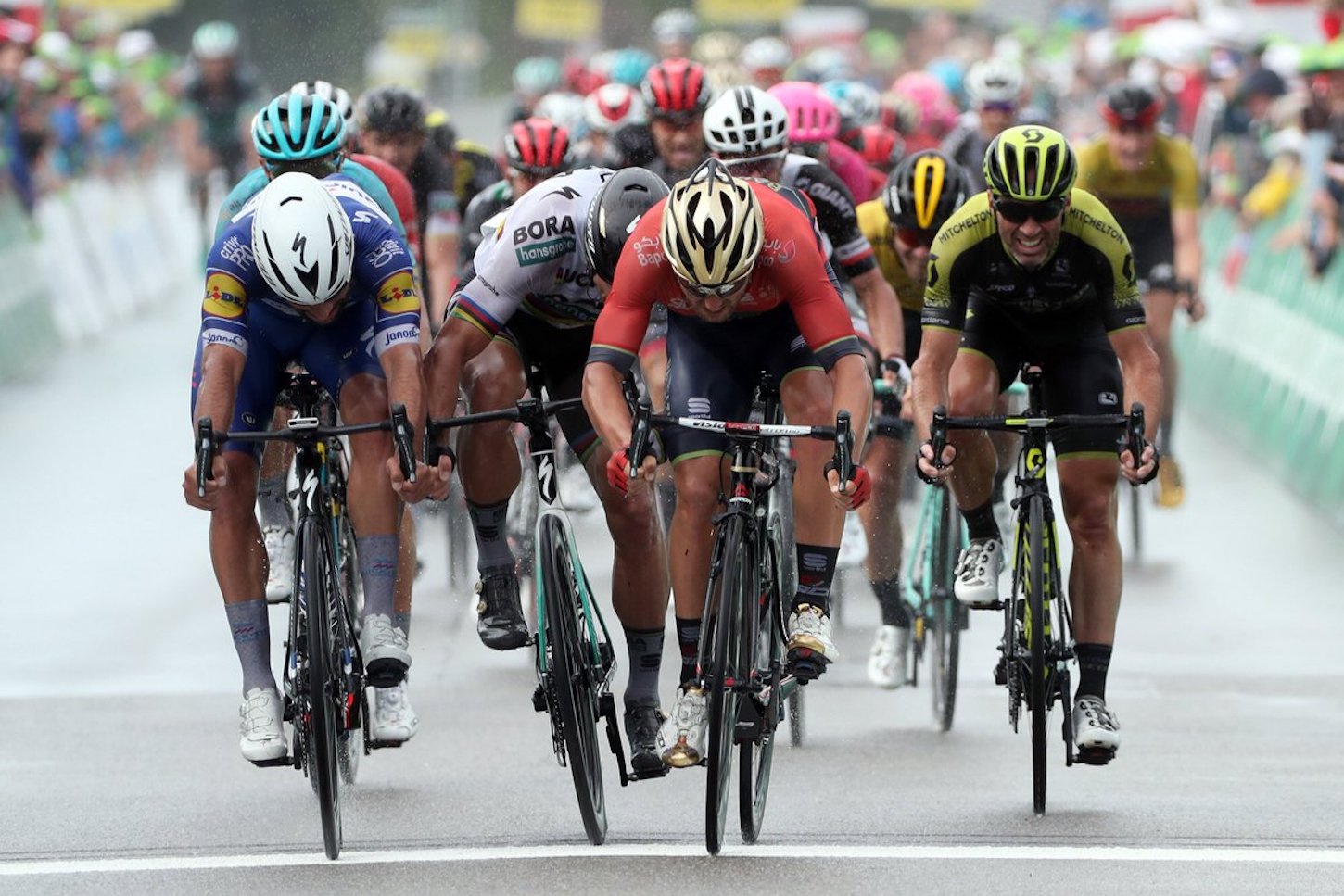 Holding off Fernando Gaviria (Quick Step Floors) and three-time world champion Peter Sagan (BORA-hansgrohe) in a sprint finale is no easy task, which only added to Sonny Cobrelli’s (Bahrain-Merida) delight, after the Italian rider claimed stage 3 of the Tour de Suisse today.

“It’s the most beautiful win of my career. I took a gamble and it paid off. I had to launch my sprint from far out which made it very tough. I’m also pleased for the team that I pulled it off because their work was great.”

The win in Gansingen is the twentieth professional victory in Colbrelli’s career. The streets in Switzerland seems to boost his abilities as he’s already won the GP Lugano in 2016.

However, Daniel Oss (BORA-hansgrohe) closed the gap trying to set up another win for his team-mate Sagan.

Colbrelli then succeeded where had Gaviria narrowly failed during yesterday’s stage, opening up his sprint early-on and holding off his rivals to claim the stage honors.

Gaviria finished just behind Cobrelli, while Sagan rounded out the podium in third spot.