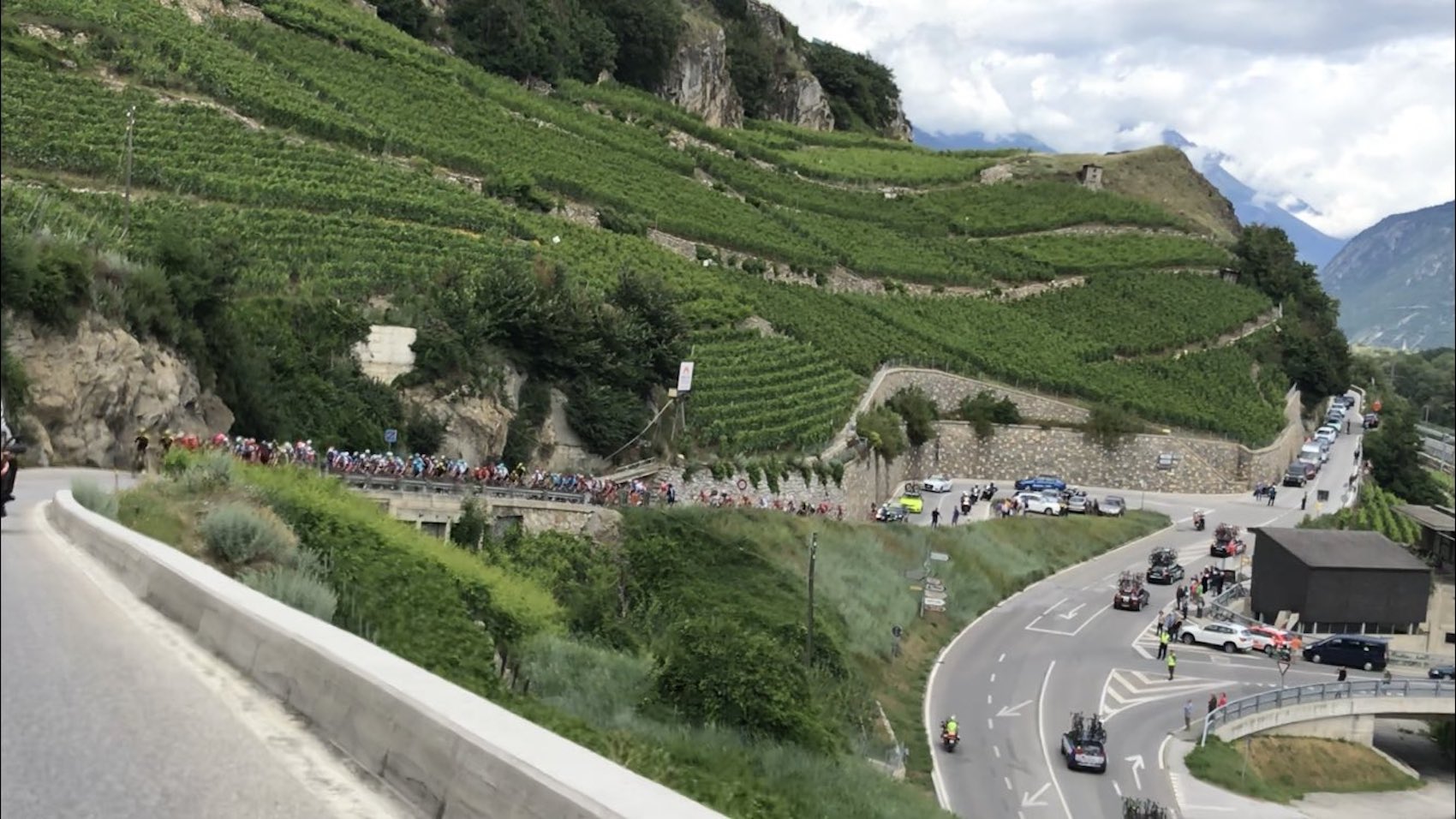 From there, the escapees went on to establish an advantage of more than three minutes over the peloton.

However, during the second climb of the day, Dillier, Stuyven and Ourselin struggled to stay onboard with Warbasse, while the Aqua Blue Sport  set-off on his own.

In the meantime, a group of riders that included Omar Fraile (Astana), Lilian Calmejane (Direct Energie) and Victor de la Parte (Movistar) attacked from the peloton and caught the remaining escapees.

At 18 kilometers to go, Calmejane attacked from the chase group, later bridging his way to Warbasse.

Calmajane later attacked, leaving the American champion behind. But, the French rider was caught by the BMC led peloton 7 kilometers later.

Hugh Carthy (EF Education First) and Francois Bidard (AG2R La Mondiale) were the next riders to attack, quickly opening up a decent gap for themselves.

However, the duo was soon joined by Movistar’s Mikel Landa, who jumped from the peloton and caught the two leaders with five kilometers to go.

Shortly thereafter, Bidard lost contact with the leaders and was soon reeled back in by the peloton.

Landa then managed to distance Carthy, while the peloton led by riders like Wilco Kelderman (Sunweb), Nairo Quintana (Movistar) and Richie Porte (BMC) continued its pursuit in earnest.

The final kilometer saw the Spanish rider struggle, who was soon caught by the reduced peloton during the closing few hundred meters.

The leaders were keen to mark a late acceleration by Mathias Frank (AG2R La Mondiale) with 400 meters to go, while Ulissi timed his final surge to perfection to seize the stage victory.