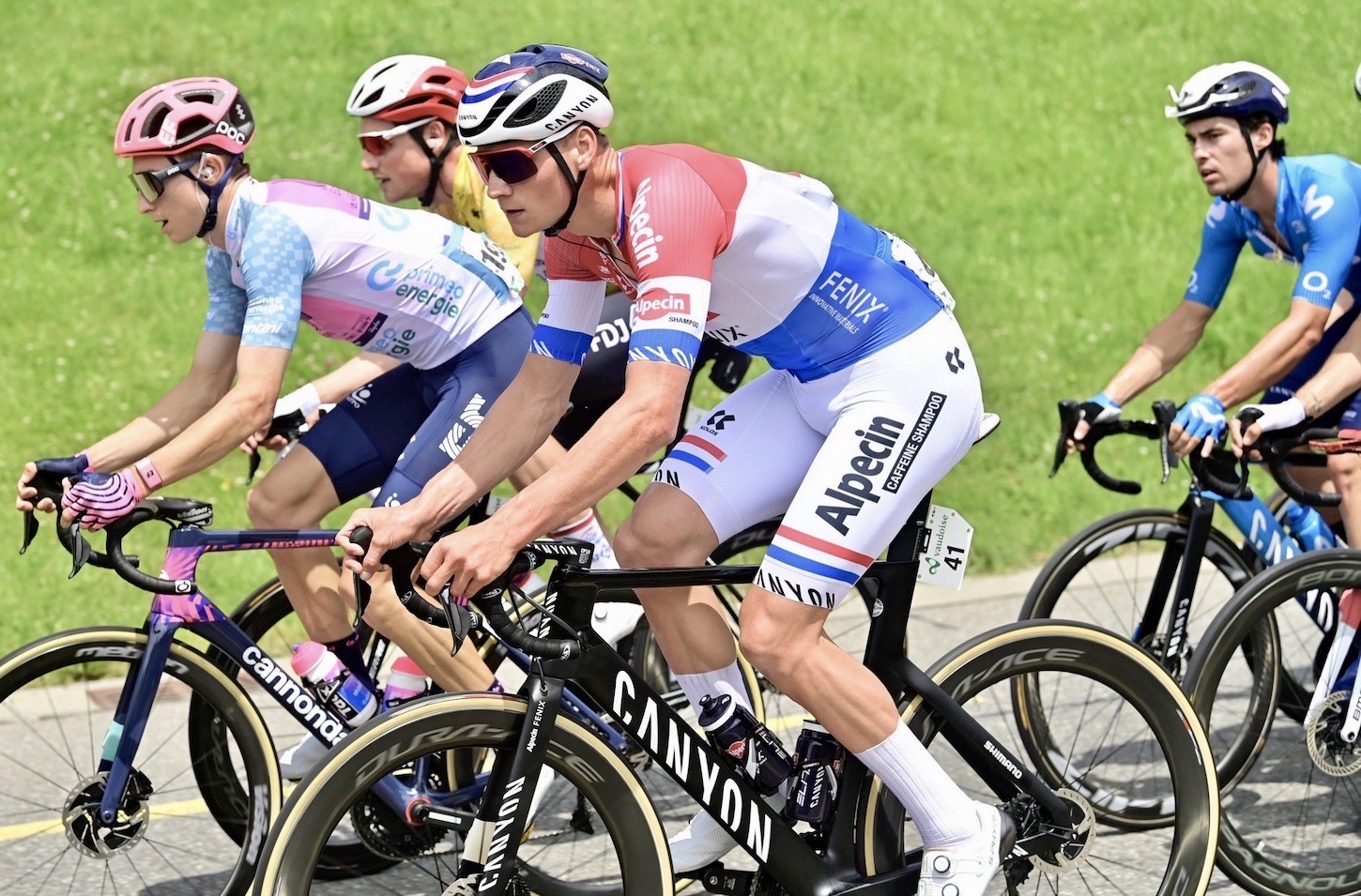 Van der Poel and Alaphilippe were already on the offensive over the final climb of Rütsch with 25 kilometers to go, forming a formidable alliance with the Ineos-Grenadiers duo of Richard Carapaz and Eddie Dunbar, Omar Fraile (Astana) and Michael Woods (Israel Start-Up Nation).

Despite the group being reeled in by a reduced peloton, tensions remained high inside the final 20 kilometers, with Alaphilippe briefly attempting to ride clear.

More attacks ensued from there, most notably from Ivan Garcia Cortina (Movistar), who escaped with 9 kilometers to go.

Cortina quickly opened up a slim advantage of just under 20-seconds. But, the Spanish rider was eventually reined in during the final kilometer after a determined chase effort by Xandro Meurisse on behalf of van der Poel.

Mauri Vansevenant then led out the sprint for Alaphilippe, but the Frenchman had no response when his Dutch rival surged inside the final 250 meters to snatch the stage honors for the second day-in-a-row.