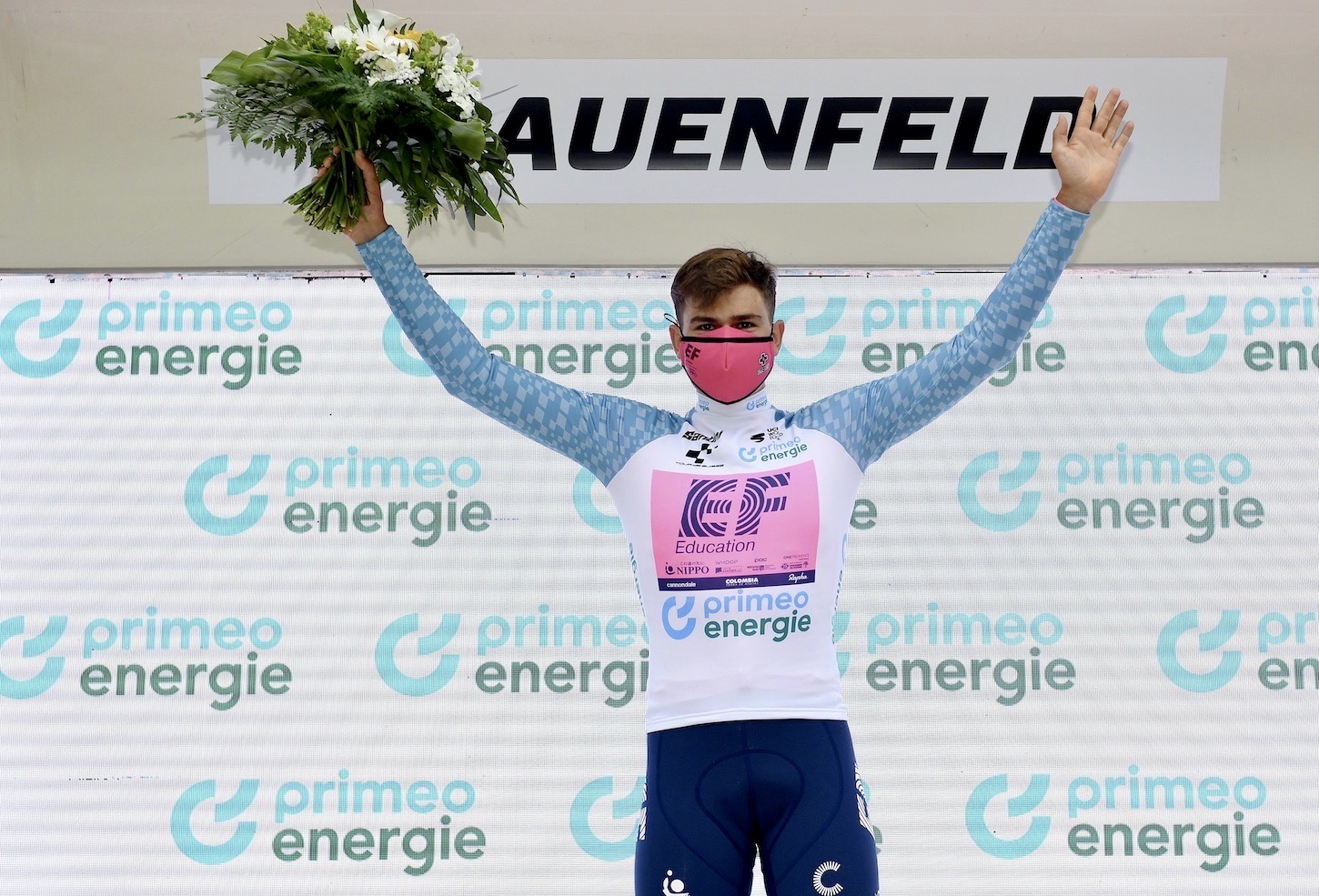 The Swiss rider was part of a late breakaway group that took some 100 kilometers before escaping the peloton. But, the group’s efforts paid off, as the peloton finished more than five minutes in arrears of the escapees.

Meanwhile, Mathieu van der Poel (Alpecin-Fenix) finished safely in a reduced bunch to retain the yellow jersey as overall leader of the race.

It took more than half the stage before Bissegger, Benjamin Thomas (Groupama-FDJ), Joel Suter (Switzerland) and Joey Rosskopf (Rally) succeeded in escaping the clutches of the peloton, later building up a sizable advantage of over eight minutes at its peak.

Rosskopf attacked multiple times along the early slopes of the Saanenmöser Pass, which dropped Suter and reduced the group to just three.

Thomas later attacked his two breakaway companions just before the summit, a move that was quickly neutralized by Bissegger and Rosskopf.

From there, the trio continued attacking each other, but to no avail, leading up to an inevitable sprint with Bissegger emerging victorious with a final surge from the back of Rosskopf’s wheel to claim the stage honors.

In the meantime, Edward Theuns (Trek-Segafredo) led home a reduced peloton, while Alaphilippe and van der Poel were keen to keep one another in close proximity.