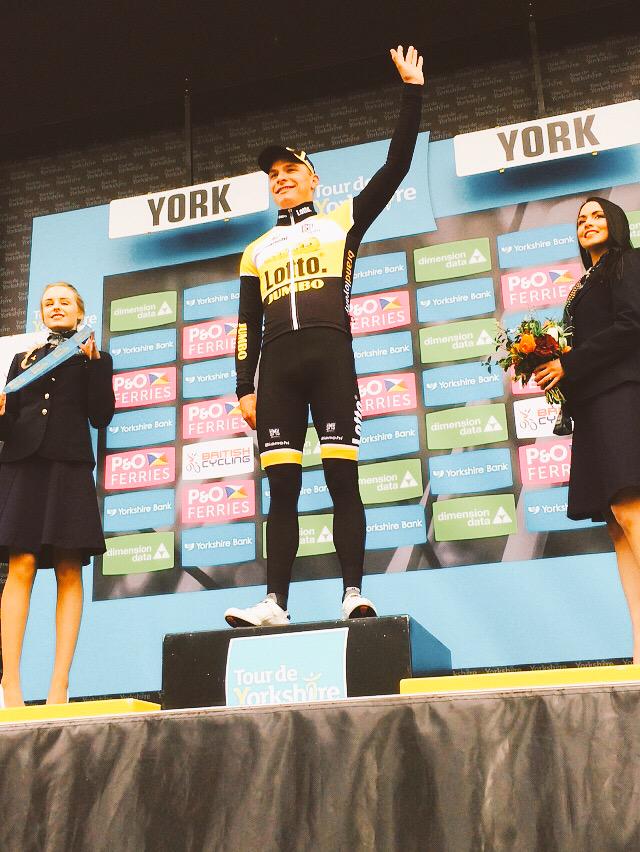 From there, the race unfolded into a sprint finale, wherein Hofland emerged as the fastest rider – edging out IAM Cycling’s Matteo Pelucchi by a mere bike length to claim the victory.

“It was a big break so we had to spend a lot of guys chasing it back,” Hofland said. “I was in the wheel of Robert Wagner in the last 40 kilometers. With three to go he was too far to the front so I went back a little bit and I was in the wheel of Pelucchi. I knew that it was a good wheel and I waited till the sign of 200 and with speed I passed him and I won. Luckily the 0 beside Lotto-Jumbo is gone now and I think from now on we will go up now.

“Of course. I had a rough beginning of the year, not what I expected, and this victory gives me a boost before the Giro d’Italia and I hope to be up there again.”