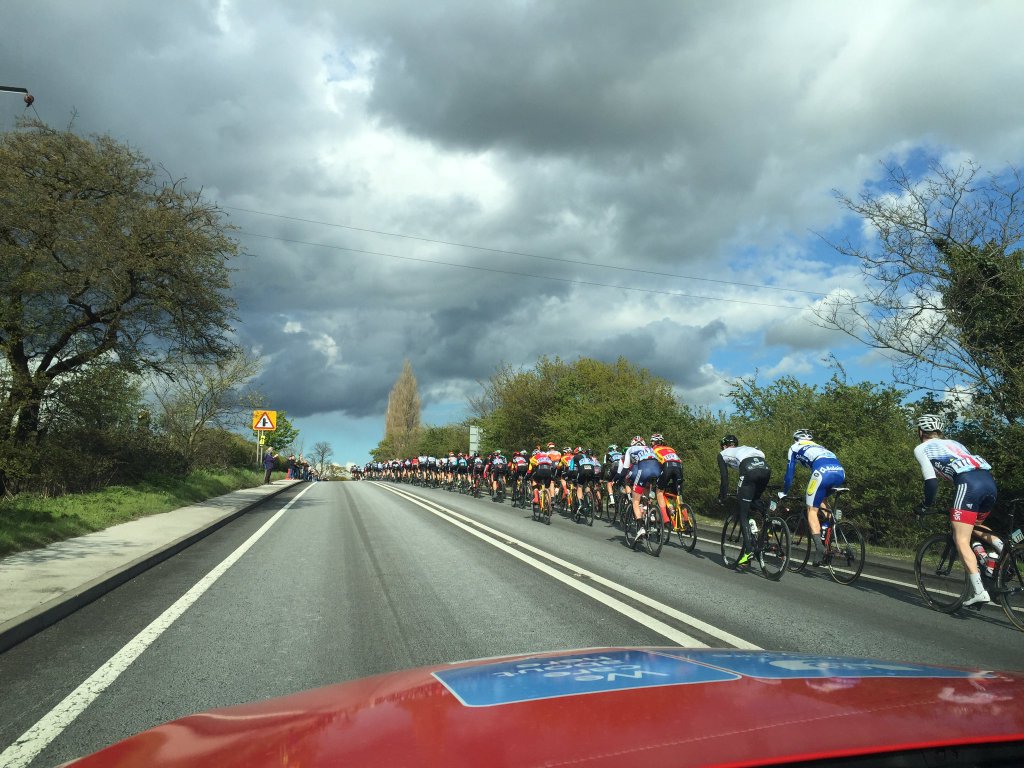 The Dutch rider timed his sprint to perfection in Doncaster, squeezing down the left-hand side of the road to narrowly fend off race leader Dylan Groenewegen by the slimmest of margins.

His first victory in Team Sky colors also saw Van Poppel elevate himself up to second place in the overall classifications, six seconds back on compatriot Groenewegen (LottoNL-Jumbo) after a pair of chaotic sprints in the race’s opening two days.

“The team did a great job, that’s the first thing to say,” said Van Poppel after the race. “We were really motivated. The last two kilometers it was raining and really hectic. The team did the best they could to really take care of me and then in the last few hundred metres Dylan came really close, but I just knew that I’d won. It was a hectic few minutes.

“I’ve had a knee injury and this is maybe my ninth or 10th race (this year). I really needed this victory. There have been some hard times but now I think I’m back! It’s my first victory for Team Sky and it’s really cool to ride for this team.”

However, the final climb of the day at Conisbrough Castle produced a split in the group, with Edet, Morkov, Steels and Edmondson forging  ahead, albeit with a lead of less than half a minute.

Strong headwinds would ultimately thwart the breakaway group’s chances from staying clear of the rapidly approaching peloton, that eventually caught them during the final 10 kilometers.

From there, teams like Orica-GreenEdge, Team Sky, Giant Alpecin, BMC and Cofdis factored prominently into what was shaping up to be another  sprint finale.

At one point, Orica-GreenEdge’s Caleb Ewan looked poised for victory. However, the young Australian rider failed to react when van Poppel and Groenewegen burst out of the lead group during the closing 200 meters, where the Sky rider emerged victorious by the closest of margins.

Meanwhile, Groenewegen’s second place finish, was enough the keep the Lotto-NL-Jumbo rider in first place in the overall general classification.