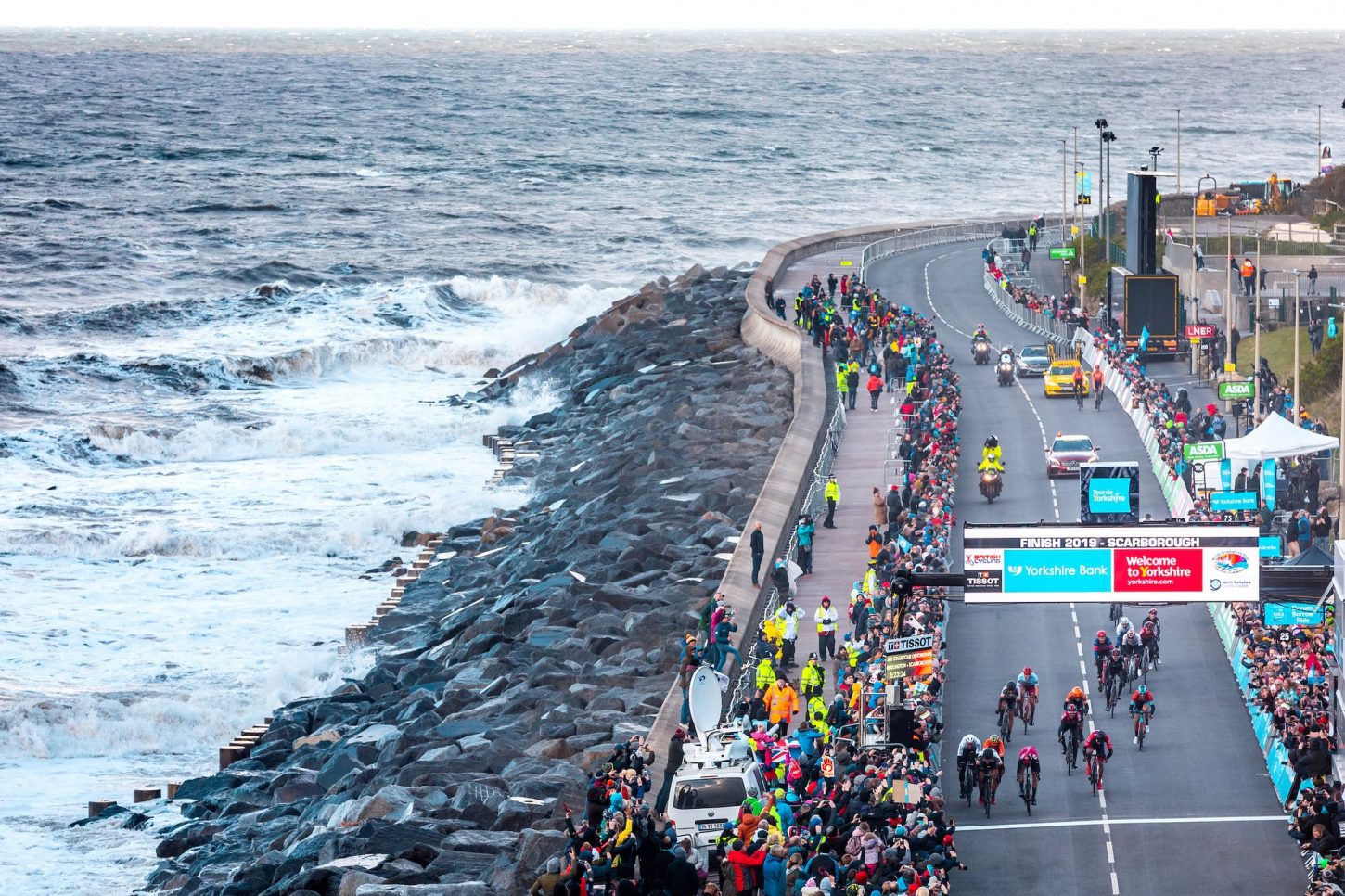 A wet and windy start did nothing to dampen expectations of riders as they set off at a keen pace with a view to attacking and gaining valuable points and seconds ahead of an even tougher final stage tomorrow.

The first break of the day formed early on with nine riders splitting from the pack and grabbing an almost two minute lead.

Mikey Mottram managed to change position from second to first in both intermediate sprints ahead of Romain Sicard (Total Direct Energie) and with 64km to go the 9 man break had been reeled in slightly, only holding a 55 second lead. A mixture of Team INEOS, CCC, yesterday’s stage winner’s Katusha Alpecin and two jersey holders Roompot-Charles pulling at the front of the peloton reined the break in further still. It was INEOS that would up the pace even more and swallow up the original breakaway.

This was just the clam before the storm, as a strong group that included six riders from INEOS, namely one Chris Froome, reigning champion Greg Van Avermaet, British National Champion Connor Swift and the overall race leader Jesper Asselman, broke away and left the peloton reeling.

Asselman dropped from the break once and managed to ride back on but could not keep the pace and was dropped for good as the elite group ascended the final climb and pushed on to the headwinds that awaited them at the seafront finish.

It would set up another exciting Scarborough sprint to decide who would take the stage win with British riders Connor Swift and Scott Thwaites both pushing on with Van Avermaet, Chris Lawless (Team INEOS) and Alexander Kamp (Riwal Readynez) all looking strong.

Team Riwal Readynez really pushed hard from the front today to set up their man Kamp and he delivered, taking the win with a millimeter perfect attack ahead of Lawless.

It would be Lawless however who took the overall race lead, backing up his third place finish a day prior in Bedale with a second place finish to take both the Yorkshire Bank Bike Libraries leader’s jersey and the Asda points jersey.

Greg Van Avermaet rode on for third putting him just six seconds behind in the general classification.