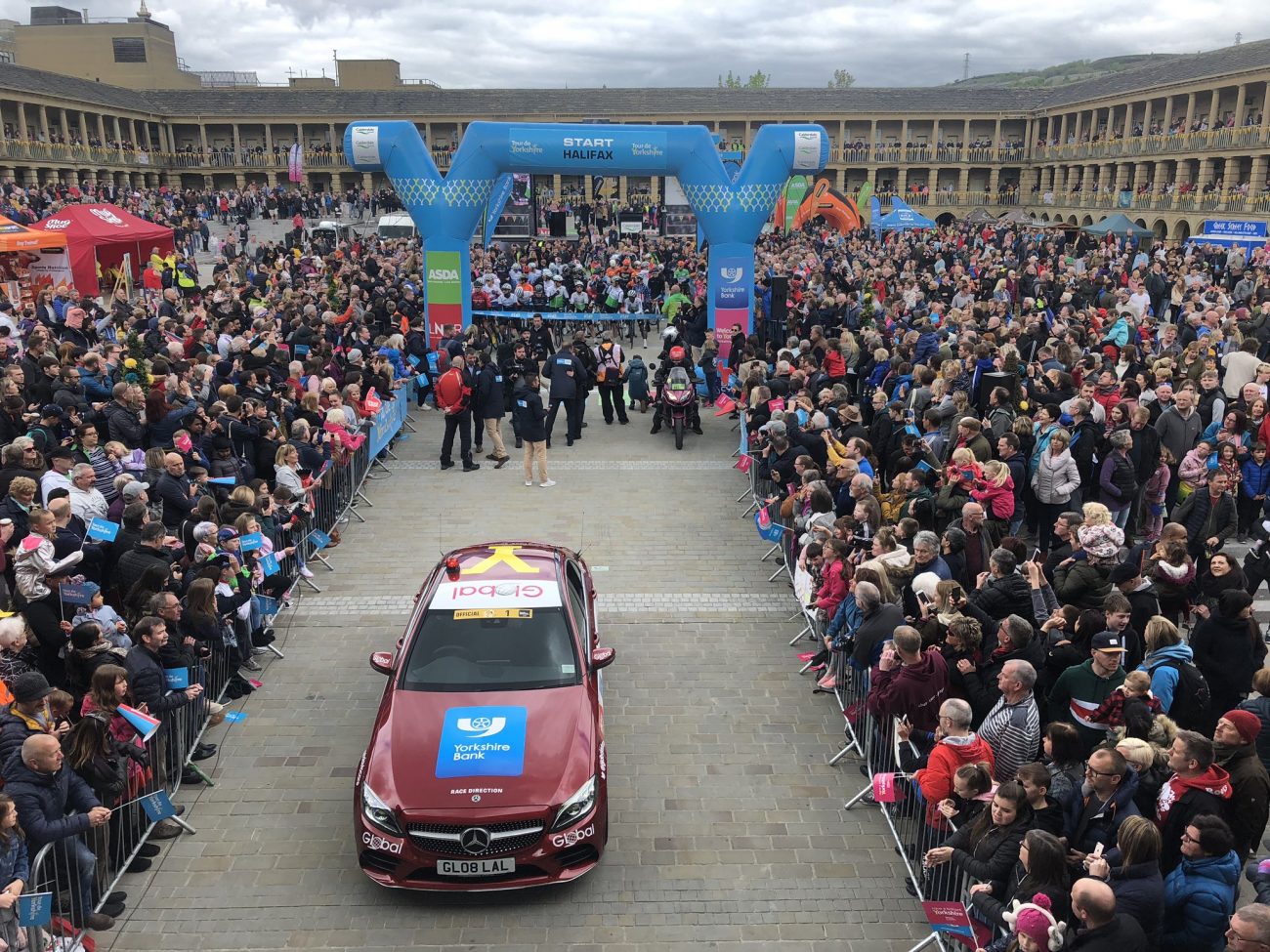 However, Lawless’ second place finish was enough for the British rider to seal the overall race victory.

From there, the group went on to establish an advantage of around three minutes after 60 kilometers of racing.

However, as they reached the Cote de Park Rash, their lead had fallen to under two and a half minutes, prompting Scott to attack in hopes of claiming the king of the mountains points, only to have his efforts thwarted by Courteille who reached the summit first.

Back in the peloton, Riwal Readynez came to the front along the climb of Greenhow Hill, looking to put pressure on race leader Lawless who sat on the same time as his teammate Alexander Kamp.

Up front, the breakaway group’s gap had fallen to just over a minute, while the fast pace of the peloton dropped riders like Ian Stannard (Team Ineos) and Mark Cavendish (Dimension Data).

Meanwhile, the ascent of Greenhow Hill took its toll on some of the escapees, leaving only the French trio of Lafay, Hivert and Courteille out front, the latter of the three already securing the king of the mountains competition despite there being one more climb at Otley Chevin.

With 45 kilometers to go, the race came down to a battle between the three French leaders and the rest of the peloton, with teams like CCC and Ineos taking up the chase in earnest.

With the peloton fast on their heels, Courteille decided to jettison his breakaway companions on the climb of Otley Chevin, leaving Lafay and Hivert with a gap of less than half a minute over the  peloton.

Chris Froome then attacked from the peloton along the final climb, splitting the bunch and taking a few riders with him like Van Avermaet and Dunbar.

Dunbar then launched an attack of his own, while Chris Froome et al were reeled back in.

Dunbar soon caught Lafay and Hivert, dragging them back up to Courteille, as the four-man group held onto a 30 second advantage over the chase.

With the gap now down to just 20-seconds, Dunbar continued to drive the lead group toward the finish in Leeds.

With just over 5 kilometers to go, Van Avermaet commenced an attack, taking Lawless along with him, while Froome also tried to bridge his way over.

Back up front, Dunbar jettisoned the rest of the lead group, as Van Avermaet and Lawless quickly caught up to him.

Dunbar continued to push the pace in support of Lawless, while Van Avermaet closely marked their moves.

With one kilometer to go, Dunbar continued to hold the chase group at bay, while Van Avermaet led out the sprint with Lawless on his wheel.

But, it was the Belgian rider who emerged victorious, while the British rider claimed the overall title.