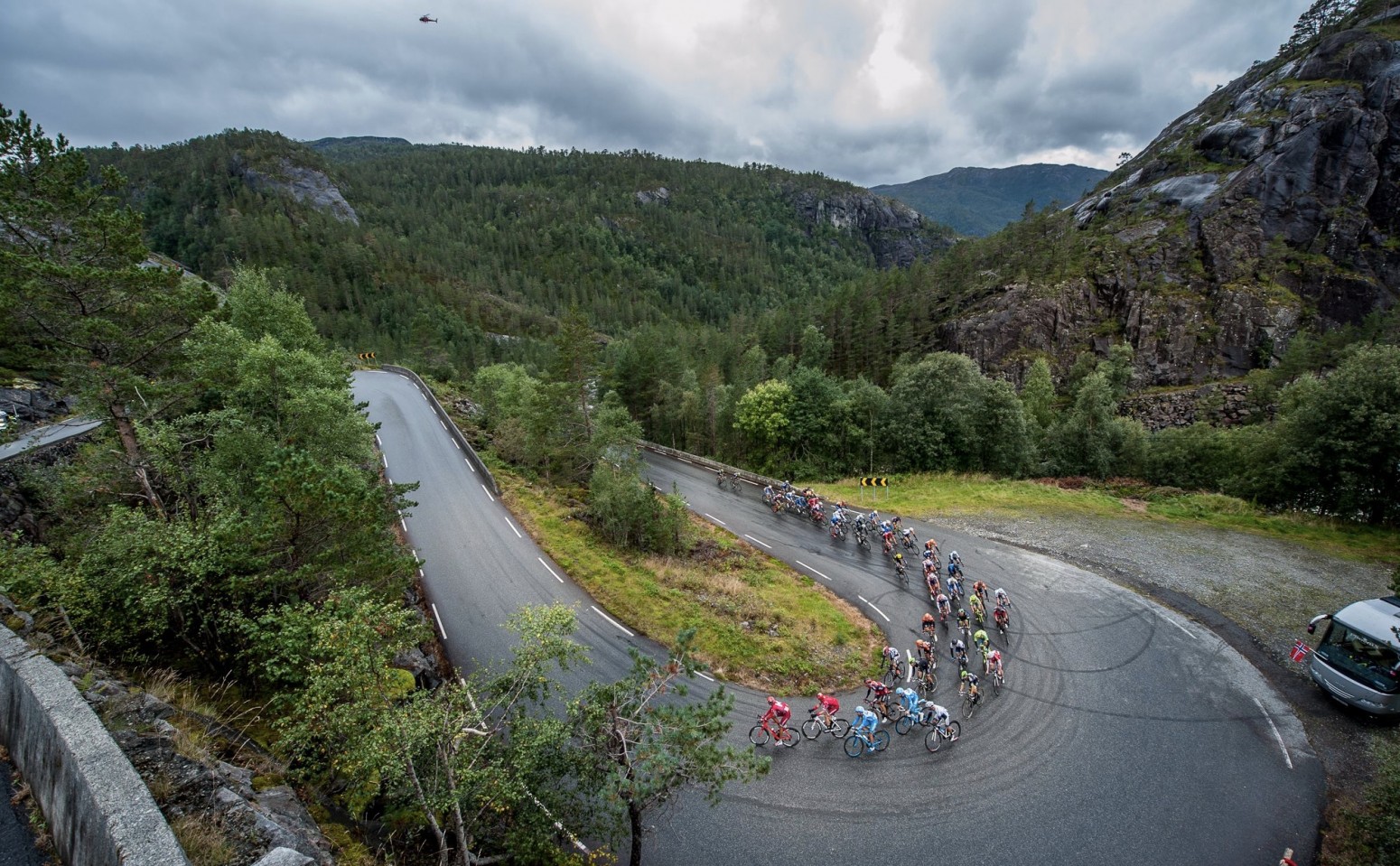 After three days of constant rain, Mother Nature finally cooperated with the remaining 117 riders with mild temperatures and sunny skies covering the majority of the 163km route from Stavanger to Sandiness in the fourth edition of Tour des Fjords (UCI 2.1) in Norway on Saturday.

Hometown hero and 2014 race winner Alexander Kristoff (Katusha) was a clear favorite to claim his third straight stage and pad is all-time race record, which currently sits at 10 wins. However, someone forgot to tell Asbjørn Kragh Andersen (Delko Marseille-KTM) of Denmark.

The 24-year-old Dane chased down the remnants of a five-man break before leaving them behind after being joined by Norwegian Bjørn Tore Hoem (Joker-Byggtorget) and German Christian Mager (Stölting Service Group), who finished second and third respectively, with 2km to go. The win marks Andersen’s first pro win of the season – second of his career – after he was forced to take time off due to knee issues.

“I stopped racing four months ago due to problems with my knees, so I am really happy with the win,” said Andersen after winning the same exact stage as his younger brother Søren Kragh Andersen (Giant-Alpecin) last year. “It’s amazing really nice and my brother win here last year, so it makes it more special.”

While Kristoff battled back to within seconds of the trio, he could only manage fourth place tied with Mager on time.

The highlight of the day came from fellow Norwegian Carl Fredrik Hagen (Sparebanken Sør), who was one of the originators of the initial break that had at one point extended its lead to more than 10 minutes.

With the gap almost closed, Hagen launched a solo attack on the second of three climbs up Bakken hill with a max gradient of 25 percent.

“My strategy all week has been to try to be the break every day, get some points and show a good result in the final, but today it was very, very close,” said the former cross-country skier and runner who turned to mountain biking four years ago at age 21 before switching to cycling. “We were five guys, and I saw the peloton was coming closer and closer, so my tactic was to get away with maybe two or three of the strongest guys in the break and then speed up and maybe get a top 3 result.”

The 24-year-old has already wrapped up the mountains classification, which makes it his second of the season after claiming the polka dot jersey at Le Tour de Bretagne (2.2) in May.

“This is just my second year on the road,” said Hagen. “It’s always nice to have a jersey and this is now my second, so 2016 is a good year.”

“I wanted to win here in Sandes, but it was tough at the end,” said Kristoff. “Now the main priority is the yellow jersey. There are still a lot of things that can happen and bonus seconds that can get away, but I feel like we have control of the situation.”

In other news, Belgian Eliot Lietaer (Topsport Vlaanderen-Baloise) was involved in mid-race crash and transported to the hospital. No word yet on his condition.