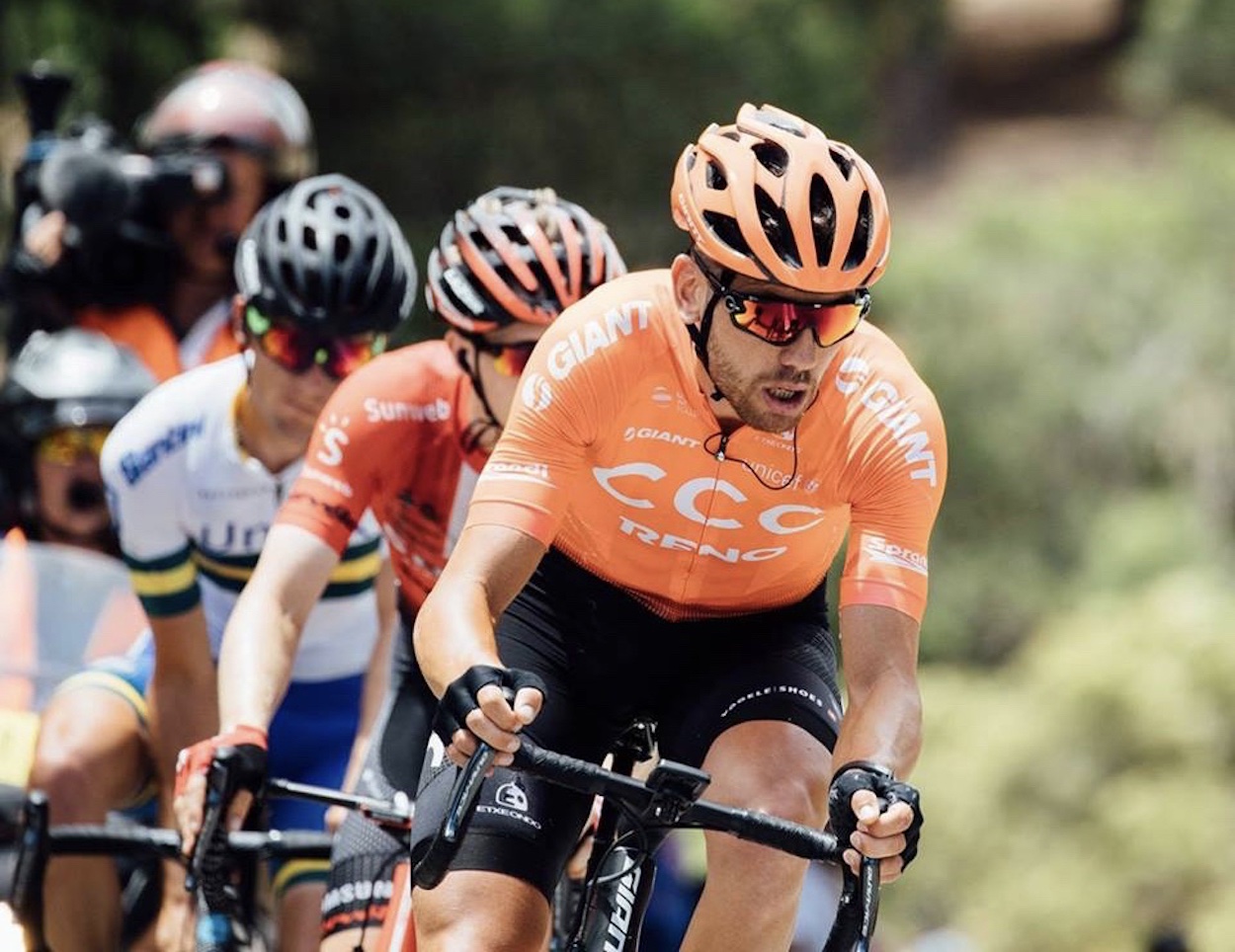 Paddy Bevin has clinched his first professional win, the Santos Ochre Leader’s jersey and given CCC Team a fairytale start to its new era with a determined sprint to the line in Novatech Stage 2.

A crash within the final kilometer – not unlike in Sunday’s Down Under Classic – prevented the majority of the peloton from contesting the finish. As they recovered, it was former winner Luis Leon Sanchez (Astana) leading the combatants around the final bend.

With Caleb Ewan and Peter Sagan close by, Bevin used Sanchez to sling forward and push for the historic win – delivering him the Santos Ochre Leader’s Jersey leading into Thursday’s Subaru Stage 3.

From the end of race neutral in the increasing slopes of Athelstone, Subaru King of the Mountain jersey-wearer Jason Lea (UniSA-Australia) was joined by Artyom Zakharov (Astana) and Jaime Castrillo (Movistar) on the tilt to Checker Hill.

Opening up a gap north of three minutes, the breakaway contested the day’s only Subaru KOM checkpoint, with Lea again taking maximum points from Zakharov to ensure he remained in the blue polka dots on Thursday in Subaru Stage 3.

Zakharov was the man to take the Ziptrak Sprint points in Birdwood and Springton further up the road, before the runaways were captured by the peloton at the San Remo Feed Zone.

Matthieu Ladagnous (Groupama-FDJ) made a break for it on the run to Mengler Hill (a descent rather than the traditional climb).

The veteran 34-year-old from the edge of the French Pyrenees established a two-minute gap over the peloton, but with the close humid heat of the 38 degrees creating a challenging environment for all riders – so a man on a lone mission would be forced to manage the conditions without the aid of the peloton providing support from wind and rotating the workload.

It was no surprise that the Frenchman was caught, but he was allowed to come within 3km of the finish before being swallowed by the peloton after a valiant effort in the saddle.

He was awarded the red patches as the day’s most competitive rider.

Bevin – a time triallist who effectively races the Santos Tour Down Under as an all-rounder – now leads the Santos General Classification from Elia Viviani (Deceuninck – Quick-Step) and Ewan, Walscheid (Sunweb) and Zakharov (Astana) all nine seconds back.

Jason Lea (UniSA-Australia) leads the Subaru King of the Mountains classification after again taking maximum points on Wednesday’s stage, while Viviani will slip back into the Ziptrak® sprint jersey. Ewan is the new southaustralia.com Best Young Rider.