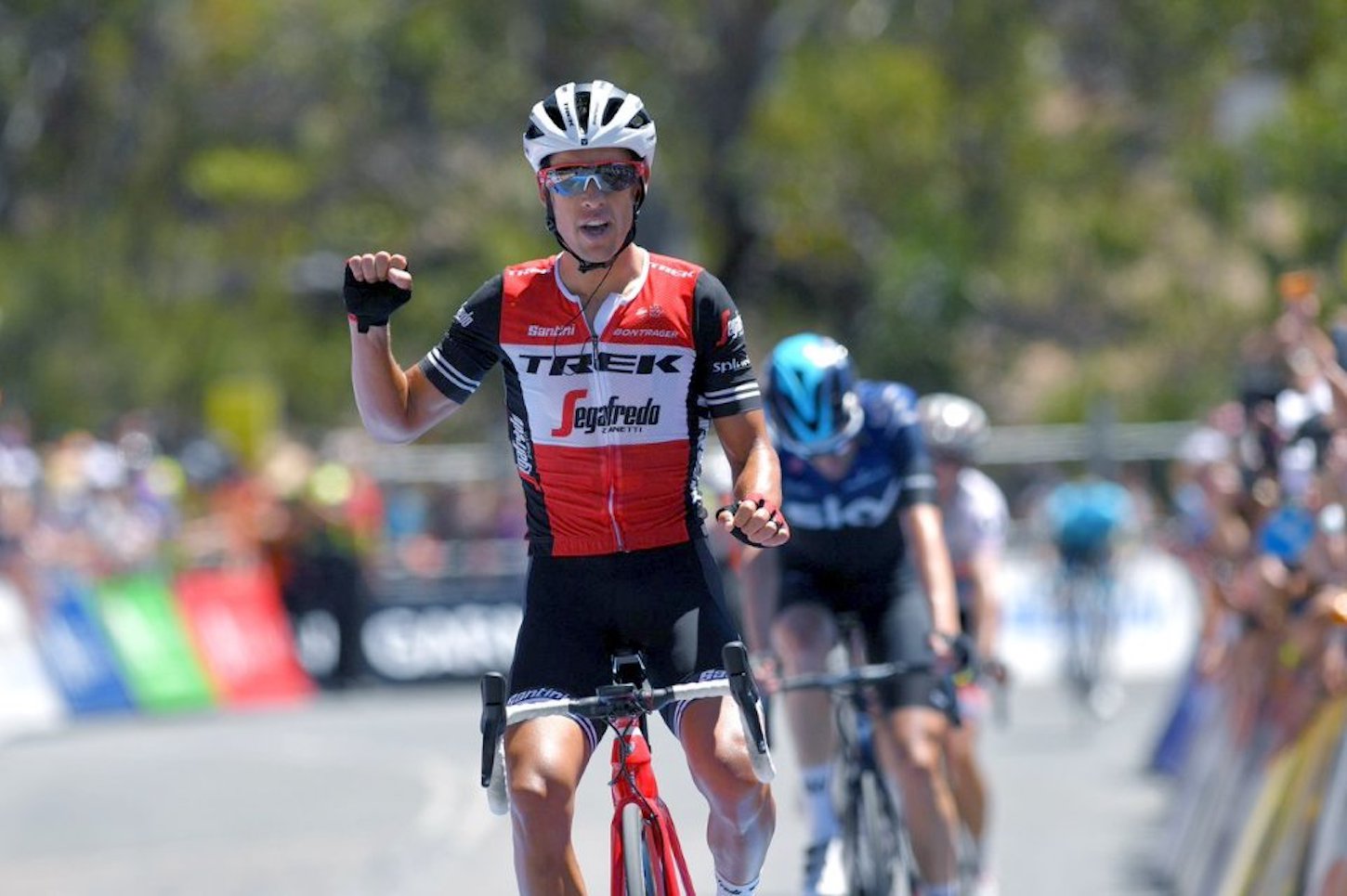 Daryl Impey and Richie Porte have written themselves into the history books for all the right reasons in a thrilling final climb to the summit of the iconic Willunga Hill on the final stage of the Santos Tour Down Under.

Porte secured his sixth victory on the Willunga Hill-top finish during Be Safe Be Seen MAC Stage 6 –  the first time the queen stage closed the race – but it was Impey who surged away from the peloton to take third place on matched time and cement his title defence. It is the first time any rider has won back-to-back in the history of the men’s race.

Impey may relish this year’s victory more than that of 2018, for this was undoubtedly the toughest Santos Tour Down Under in recent memory with the six road stages testing the riders in tough conditions all week.

More than that, Impey’s 2019 Santos general classification victory came with something his 2018 Ochre Jersey didn’t – a stage win, taken in a determined sprint to the finish line for 100% Stage 4 at Campbelltown on Friday.

It also cements Mitchelton-SCOTT’s position as the most successful team in Santos Tour Down Under history, drawing one general classification victory ahead of AG2R La Mondiale. Fitting that an Australian team should lead the win tally on Australia’s Greatest Cycling Race.

The South African champion said it was special to go back to back.

“I never dreamed to come here and win twice in a row,” he said.

“Every year we come here with strong ambitions. I knew the competition is always tough. I just believed in myself, and it was just fantastic to pull it off.”

Richie Porte is unstoppable, at least on the notorious twists of the ascent up Willunga Hill. He has now won the Willunga Hill finish six consecutive times.

Other riders tried everything to undermine his traditional rhythm; Team Sky fired the first shot on the final ascent, with Kenny Elissonde breaking first and pulling his GC man Wout Poels with him.

They two-manned their way from the 1km mark up the hill in an attempt to railroad their way to the summit.

But Porte would not be beaten, instead launching his expected first kick at the halfway point of the hill.

Chris Hamilton of Team Sunweb attempted to go with him, but couldn’t maintain pace.

Porte caught the Sky duo and then attacked again at the Santos 1km-to-go mark and cleared the final turn to take a memorable stage win – his first in Trek-Segafredo kit.

“For me, to win six times up to Willunga is a great feeling,” Porte said.

“My new team is a great set up and I’m looking forward to the rest of the season with them.”

Paddy Bevin leaves Adelaide having won the Ziptrak® Sprint Classification overall, though it was a small consolation after losing the Santos Ochre jersey on Sunday due to injuries incurred in a serious crash on penultimate SouthAustralia.com Stage 5.

Claiming the team’s first stage win with new naming partner CCC, as well as the Sprint Classification, is a good result for the team.