Tour Down Under 2023 Prologue 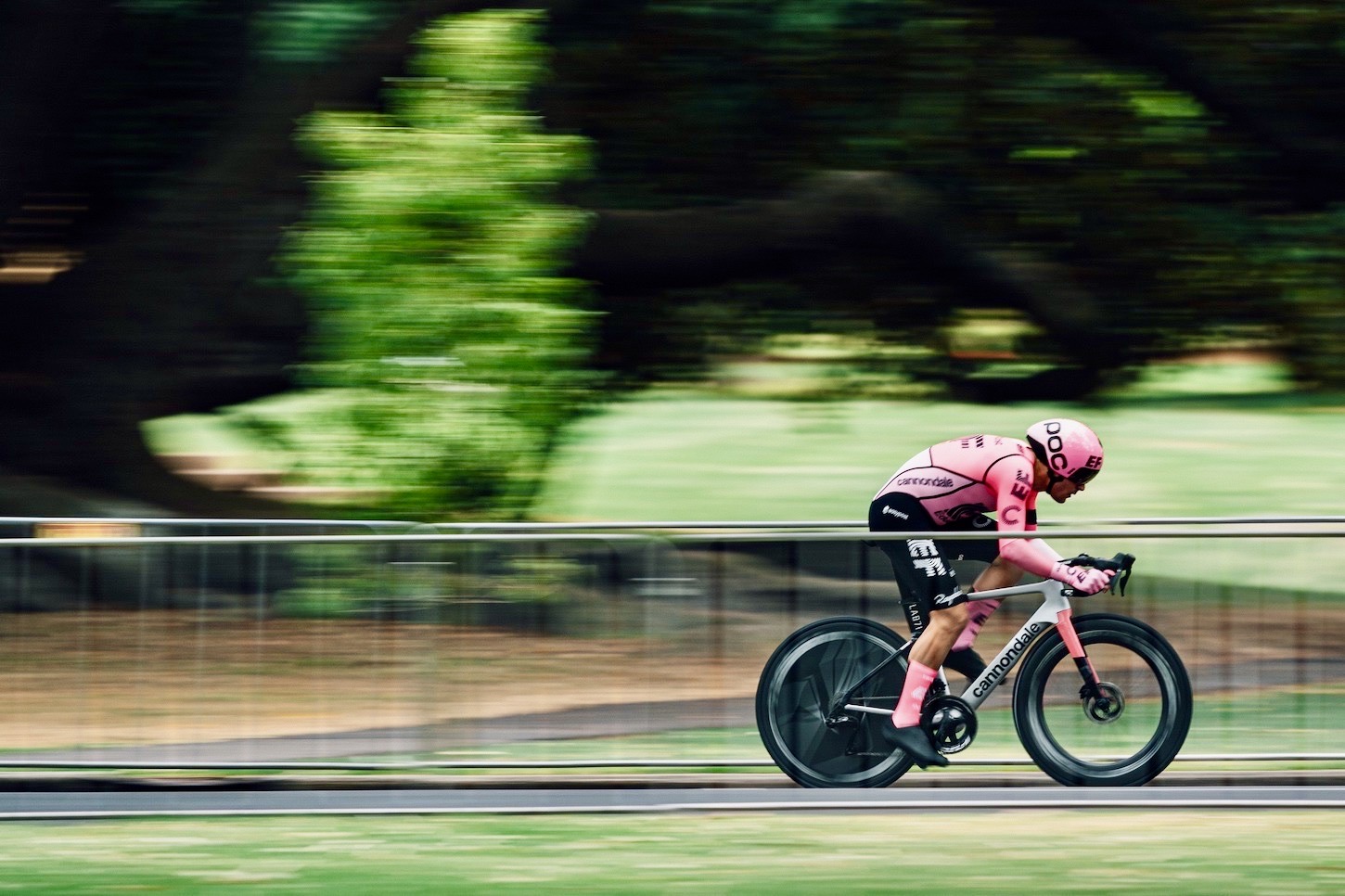 Alberto Bettiol will wear the leader’s jersey at Tanunda tomorrow as heavy rain marred the historic Santos Tour Down Under efex prologue at the Adelaide Riverbank.

The Italian rider was an early starter at the picturesque city circuit which lit up a muggy evening.

Bettiol was almost apologetic for deciding to start the prologue fourth off the ramp.

He now has an eight-second lead before stage 1 pedals off over second-placed Magnus Sheffield from Ineos Grenadiers.

Sheffield will wear the young rider’s jersey on Wednesday.

“I feel really lucky, and, at the same time I knew I could do well,’’ Bettiol said.

“There are better riders, especially in the prologue, the weather of Australia helped me and in the end, I really appreciate the effort that all my team gave me to give me the best support.

“I just had to pedal full gas for six and a half minutes.”

His teammate Mikkel Honore was the first casualty of the evening after he crashed despite being ultra-cautious on a corner.

The Dane dusted himself off and finished the time trial in 5min24sec.

Bettiol said he plans on keeping the ochre jersey at Mount Lofty on Sunday before the Ziptrak Stage 1 Tanunda to Tanunda pedals off, as 139 riders started the time trial with more than half the peloton enduring soaking rain.

Israel Premier Tech’s Froome negotiated the track with utmost caution along the Riverbank and Torrens Bridge before completing the 5.5km course in 7min16 sec.

The prologue is an individual time trial where the rider’s times count towards GC for the Santos Tour Down Under.

The peloton used their usual road bikes rather than the custom time trial bikes with riders able to wear aero helmets, skin suits and time trial wheels for the event.