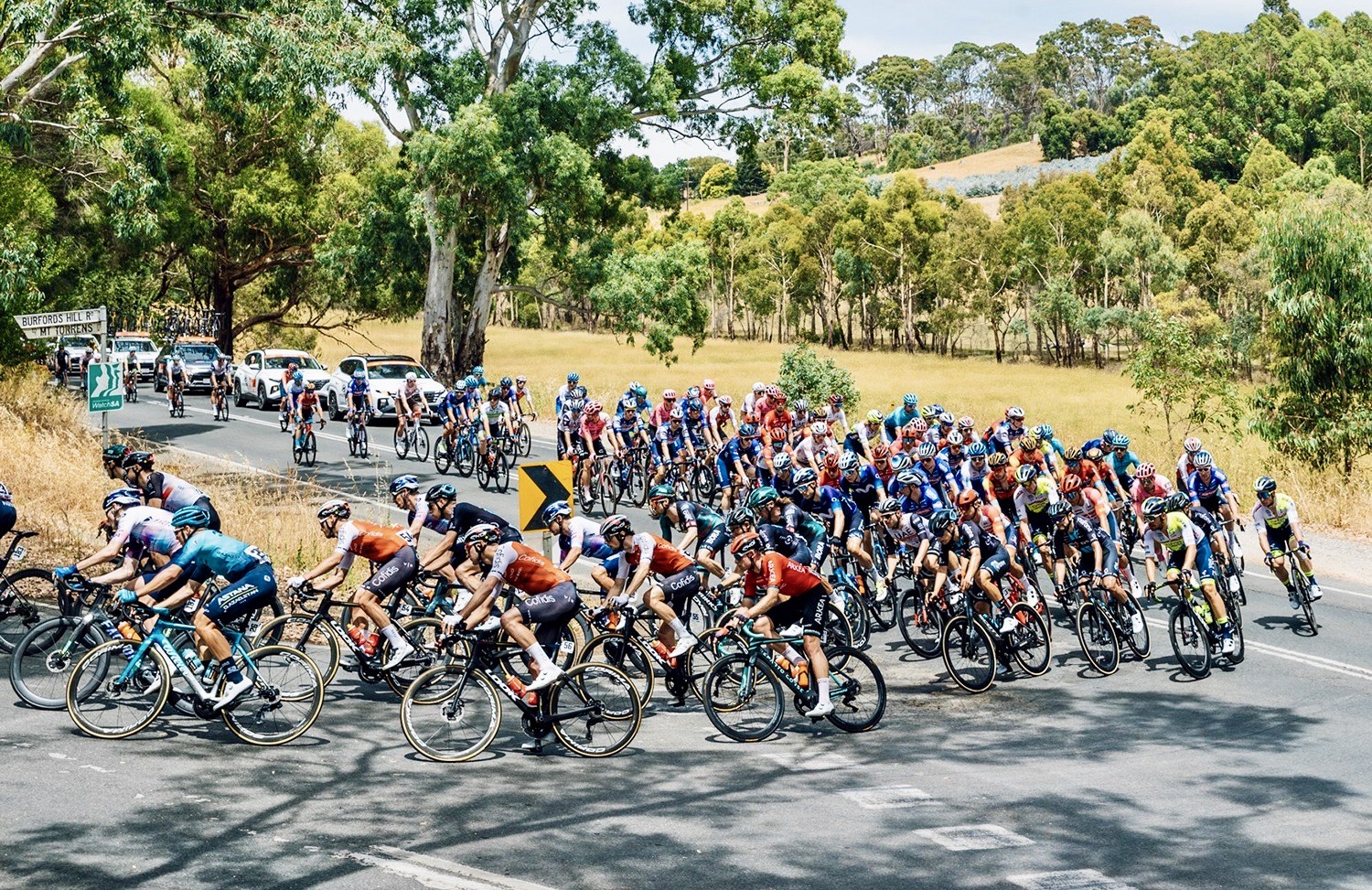 “We really came in a good mood to this race,’’ Bilbao, 32, said. Also, team sports director Neil Stephens was super enthusiastic about this race, as he and his team had been preparing for his home race.

“In the end, we came here early, on January 4, to train and to adapt to the heat and the time zone and to check all the stages.”

With Bilbao claiming his first stage win at the Australian WorldTour race, Vine became the third ochre jersey leader after South Australia’s Rohan Dennis was forced to concede the GC a day after Italian Alberto Bettilol cramped up before the Victor Harbor finish line where he threw his bidon in disgust.

Dennis had a mechanical problem close to Kersbrook and was forced to change his bike.

After leaving the picturesque The Parade, Norwood the race didn’t get off to a frenetic start. The first attack arrived when EF Education-Easypost’s Mikkel Honore was chasing Fabio Felline from Astana Qazakstan.

Moscon abandoned the race with what appeared to be a serious injury to his upper left arm.

Tour de France champion Geraint Thomas from INEOS Grenadiers went to the front of the peloton before Vine decided to take control at Kangaroo Creek reservoir before the final KOM. Dennis was still at the back end of the main peloton at the bottom of Corkscrew Road.

The showdown to the Maryvale Road, Athlestone finish: efex King of the Mountain No. 1- Ashton 9.6km: Average gradient 4.8 per cent:

Honore claimed the maximum points ahead of Felline. The pair opened a 2min;13sec gap before Ineos Grenadiers’ Luke Plapp came in third and Tim van Dijke from Jumbo Visma came in fourth.

At that stage, the virtual KOM was still headed by Vine.

Felline claimed the first Ziptrak sprint 1 at Lobethal at 29km followed by Honore and Australia’s Kaden Groves from Alpelcin-Deceuninck.

Felline also claimed the second sprint while Honore and Groves stood firm. Felline at that point of the race owned the points classification jersey.

Honore was first atop the summit as the peloton closed in on Felline, Jai Hindley from Bora-hansgrohe came in third at Checker Hill.

Honore at that point of the race was the virtual KOM before the Corkscrew Road was expected to rip the race apart. Yates was fourth as Felline was caught by the peloton.

This is the summit which cracked the race. Vine was just too good and far too strong along a climb which had decimated some of the best WorldTour riders on the planet. Yates and Bilbao followed the Australian’s wheel all the way to the summit before the huge descent to Maryvale Road, Athelstone.