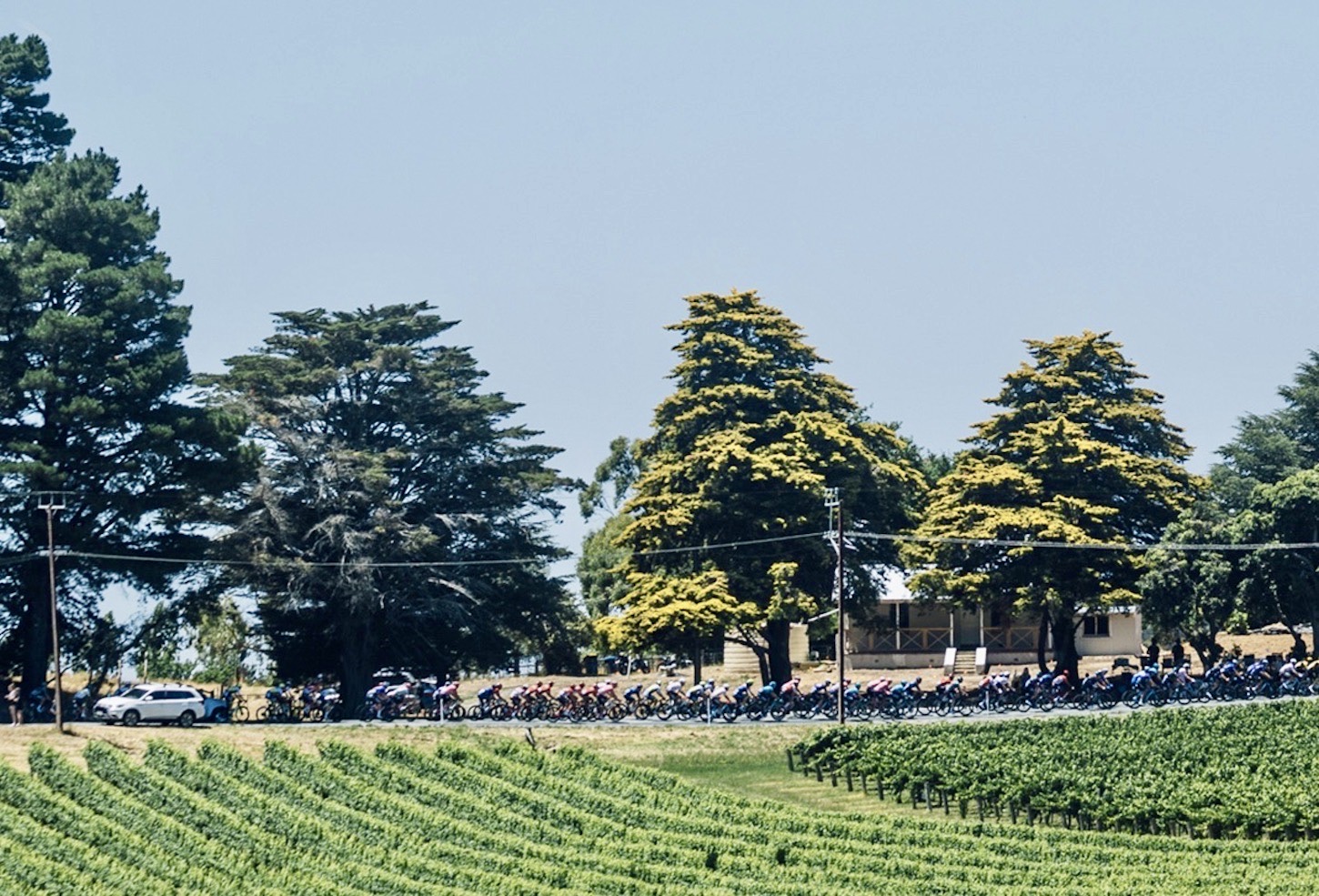 Jay Vine became the ninth Australian to claim General Classification (GC) at the Santos Tour Down Under after Simon Yates claimed the stage win at Mount Lofty on Sunday.

Vine was humbled by the victory on home soil after Porte claimed the 2020 edition of the race before Covid forced a two-year postponement of the Tour Down Under.

“It was tough out there and it was chaotic for (the final) two laps (towards Mount Lofty). We settled into the rhythm and the boys kept me safe and did an amazing job. I think it’s special to join a new team and it’s also my first (WorldTour) General Classification in my own country. The last guy to win this event, Richie Porte, is an idol of mine and to be standing here, it’s special in my career,” he said.

Jumbo Visma’s Rohan Dennis – the 2015 Santos Tour Down Under winner and 2023 stage winner – attacked as soon as race director Stuart O’Grady dropped the flag 9.3km after the Unley start.

Matthews has 61 General Classification points at that stage of the race, 14 points ahead of Caleb Ewan from the Australian national team.

It was the first of four times under the KOM Mount Lofty arch before the Tour Down Under was about to crown a new king.

Dane Mikkel Honore (EF Education-Easypost) was still in command with the efex KOM leader’s jersey, a point ahead of Vine and six points clear of Yates at that stage of the race.

The counterattacks prevailed but never appeared to frustrate the front of the peloton or Vine.

Australia’s reigning national road champion Plapp was first to cross the line before the final lap saw a jumpy peloton chase down attacks.

The Italian Cattaneo, 32, was powered away opening a 33-second gap to the main peloton when a solo victory appeared to be on the cards.

The Italian who finished second in his home country’s national time trial championship last year was brought back by the chase group with 10.7km before the Mount Lofty summit.

Honore secured the efex King of the Mountain (KOM) jersey for the 2023 edition of the race despite not challenging the KOM for points.

Germany’s Kim Heiduk (Ineos Grenadiers) took the main points as the peloton started winding up for a chaotic finish.

Jayco AlUla lit up the race just before the final lap towards Mount Lofty.

Yates handed Australia’s only UCI World Tour team its first stage victory of the new year in the grand finale of the Santos Tour Down Under season at Mount Lofty.

The Englishman claimed the Schwalbe Stage 5 Unley to Mount Lofty after a stunning bunch sprint finish, which saw Yates, and Australians, General Classification leader Vine and Ben O’Connor (AG2r Citroen) turn it on for fans as the finish line approached.

Yates’ grand finale saw him finish just 11 seconds behind Vine, with Stage 3 winner Pello Bilbao (Bahrain Victorious) on the podium in third place, 27 seconds adrift of the new Santos Tour Down Under champion.