Tour Down Under Classic 2019 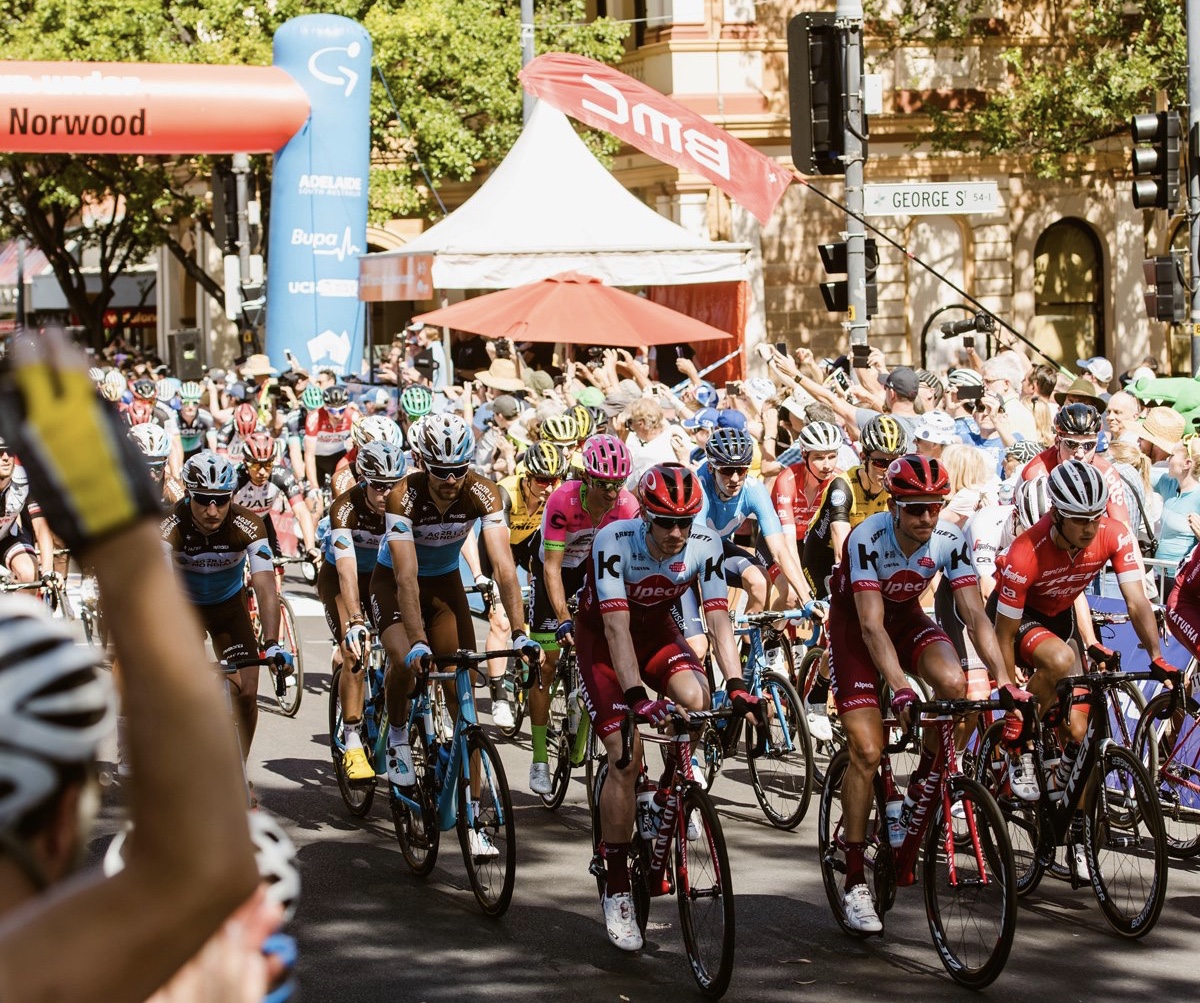 It marked the perfect start to the next chapter of the Australian’s pro career, winning the race in Lotto-Soudal colours only worn twice prior in lower level local races – the Bay Crits and national championships.

Sagan was left to settle for second while Alex Edmondson escaped the carnage to bag third place for Mitchelton-SCOTT.

Two crashes that dashed the hopes of contenders for the final sprint – one two laps from home at the hairpin and one following the penultimate corner of the race – made for a classic ‘survival of the fittest’ finale at the line in Adelaide.

After Bahrain-Merida’s nominated sprinter Phil Bauhaus went down in a multi-bike crash at the hairpin, several teams were effectively KO’d from the conclusion of the race.

Defending Santos Tour Down Under winner Daryl Impey – Ewan’s ex-teammate – took the lead of the peloton on the final lap, but it was Lotto-Soudal’s Roger Kluge who positioned in a threatening position ahead his cannonball teammate.

With Daniel Oss also pushing to the front for Sagan, and Mitchelton-SCOTT also scrambling into shape, it shaped as a three-horse race at the front of the pack.

But few could have predicted a handful of riders literally sliding out of contention on the rise from Rundle Street into East Terrace.

Michael Morkov (Deceuninck – Quick-Step) slid out travelling at high speed exiting the second-last turn and left his man Elia Viviani – in train behind him – with nowhere to go. That also forced Rory Sutherland (UAE Team Emirates) to take evasive action and slide into the ensuing carnage.

That left those who elected to take the head of the peloton on the final lap – no more than eight riders –to fight for the victory.

The Down Under Classic is a separate race to the Santos Tour Down Under, which will officially commence on Tuesday 15 January in North Adelaide.

Nevertheless, the result is a positive one for a Lotto-Soudal team keen to nab the Ziptrak Sprint Classification through its exciting – and now winning – new recruit.