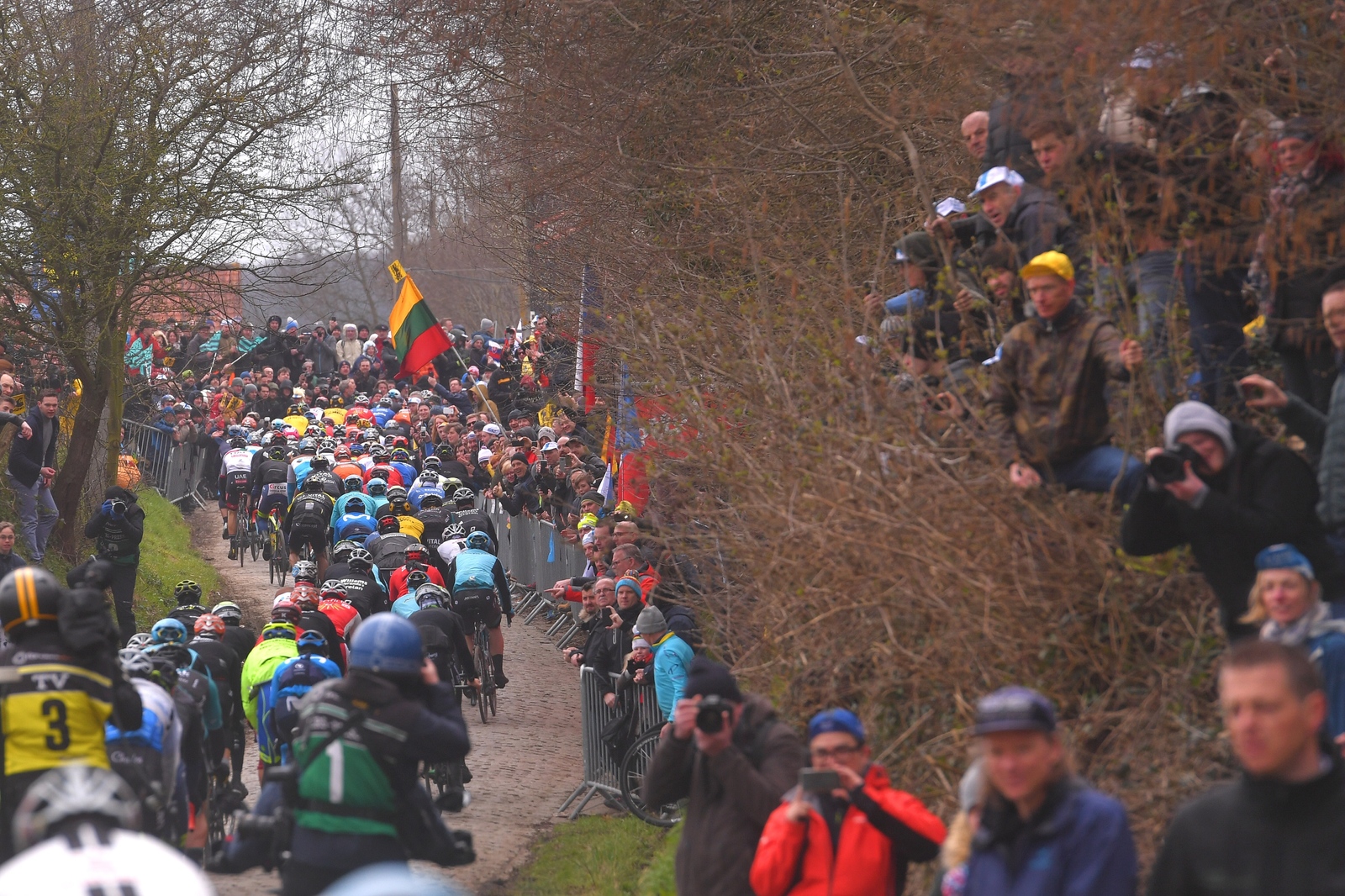 An 11-rider breakaway group led the peloton for large parts of today’s race before being reined in with around 80 kilometers to go.

From there, the peloton proceeded to fragment into different groups for the remainder of the race.

However, with approximately 65 kilometers to go, the peloton came back together again, but with just over 50 kilometers to go, gaps between the main field began widening, forcing all of the riders to dig deep atop the cobbled climb of the Kopenberg.

Attacks in the chasing bunch ensued after the cobbles ended, which saw Vincenzo Nibali (Bahrain Merida) solo ahead.

Terpstra joined Nibali shortly after, before the Dutch rider took over and broke away in an attempt to catch the leading trio.

With about 20 kilometers to go on the Oude Kwaremont, the three riders in front extended their lead to 40 seconds, before Terpstra powered past them over the top of the climb.

From there, the Dutch rider managed to build a 40-second lead over the chase with 15 kilometers left, while Pedersen continued to chase in earnest.

Back in the chase, World Champion Peter Sagan (Bora Hansgrohe) gave a lone chase just after the climb of the Paterberg climb, but to no avail.

Meanwhile, with around 8 kilometers remaining, Pedersen was within 35 seconds of Terpstra, with Sagan a further 10 seconds back.

However, Terpstra managed to hold onto this lead to claim a solo victory, while Pedersen held on for second place, while Quick-Step Floors’ Philippe Gilbert completed the podium in a sprint finish.