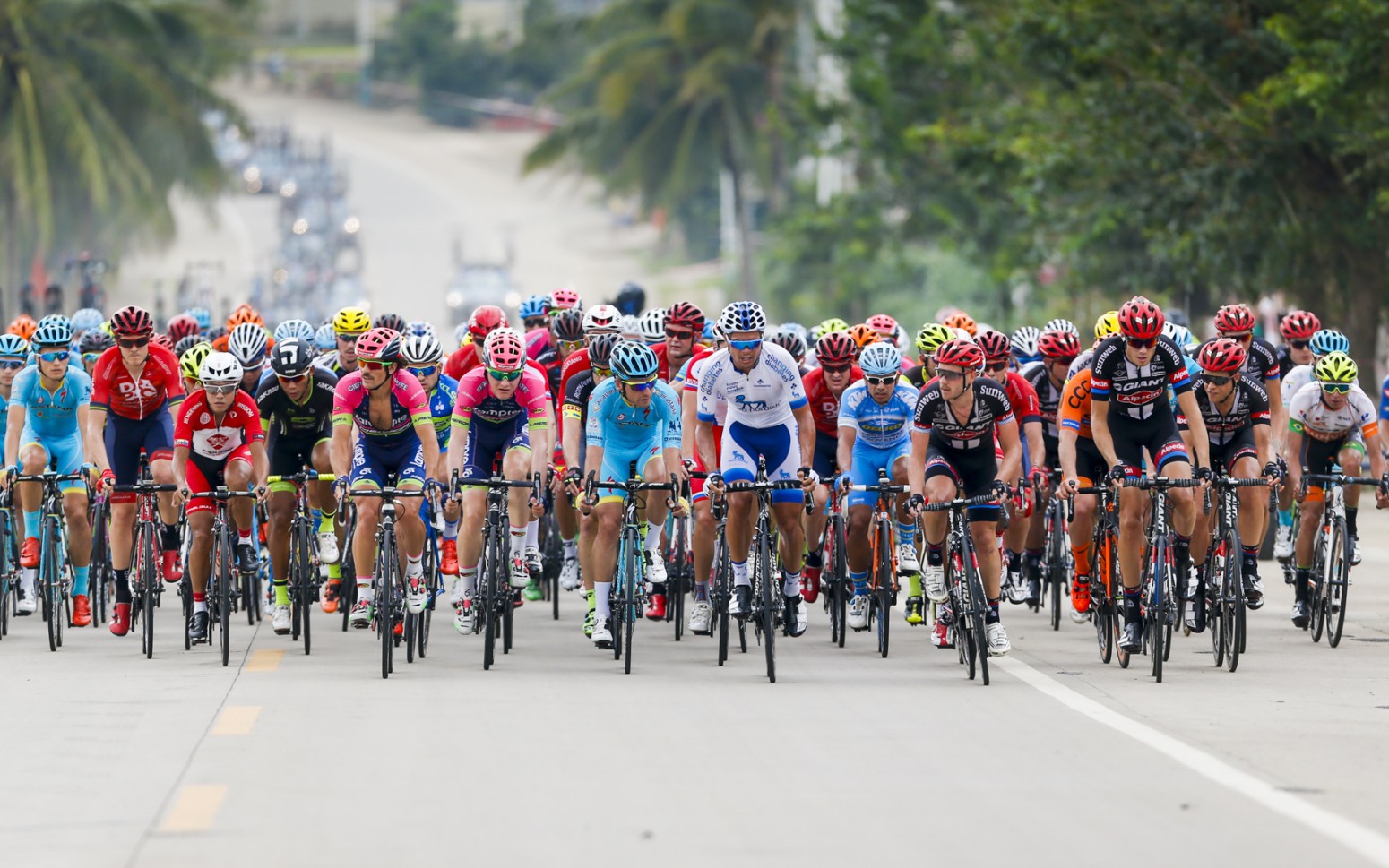 Not even mother nature could deter the 2016 Tour of Hainan (UCI 2.HC) from starting on Saturday, October 22, as Brazilian Rafael Andriato (Wilier Triestina) claimed the 88.3km opening stage in Xinglong, China.

The win gives the 29-year-old his first victory of the season – fourth of his career. With his 22-year-old teammate Jakub Mareczko (ITA) fresh off a bronze medal at the UCI road race world championships in Doha and currently racing the Abu Dhabi Tour (2.HC), Andriato made the most of his chance to shine.

“Mareczko is in Abu Dhabi, so the team gave me the possibility to win here today,” Andriato told media after the race. “It’s been a long time since I won. The team trusted me as a leader here and I’m very happy to win this first stage.”

In the final, Andriato edged Max Walscheid (Giant-Alpecin) and Italian Roberto Ferrari (Lampre-Merida) at the line after successfully overcoming the numbers game in the final three kilometers held by Drapac Pro Cycling and CCC Sprandi Polkowice.

The last 3km, CCC and Drapac were the strongest teams,” explained the overall race leader. “But with the help of my teammate Mirko Tedeschi (ITA), I was able to find my way to the front and overtake at the line.”

The 11th edition of the popular late season UCI Asia Tour road race got underway thanks in large part to more than 3,000 government personnel who worked tirelessly over the past 72 hours to clear massive amounts of debris strewn across the countryside roads after Typhoon Sarika slammed into China’s southern island province of Hainan on Tuesday.

With clear skies and temperatures hovering around a humid 30 degrees Celsius, riders enjoyed a hot, but short workday with the stage finishing inside two hours (1:55:10).

A four-man break that included most aggressive rider Lucas De Rossi (Delko Marseille Provence-KTM), KOM leader Jingbaio Zhao (Hengxiang Cycling Team), Dmitriy Lukyanov (Vino 4-ever SKO) and Alex Dinez (Funvic Soul Cycles-Carrefour) launched in the first 20 minutes of racing and opened a gap to more than two minutes before ultimately being reeled in one by one over the final 40km.

After the race, Zhao (CHN) slipped into the polka-dot jersey, but made it clear his team is here for general classification (GC) only.

“The team goal is GC,” said the 2014 national road race champion. “My job is to support my teammates win stages and the race.“We have several riders capable of riding for GC, but we will wait to see how the race unfolds to see who is strongest.”

For fellow 21-year-old De Rossi, the day marks the biggest race of the Frenchman’s fledgling career. “This is my first pro race,” he said. “But today gives me confidence and I am looking forward to the next stage.”