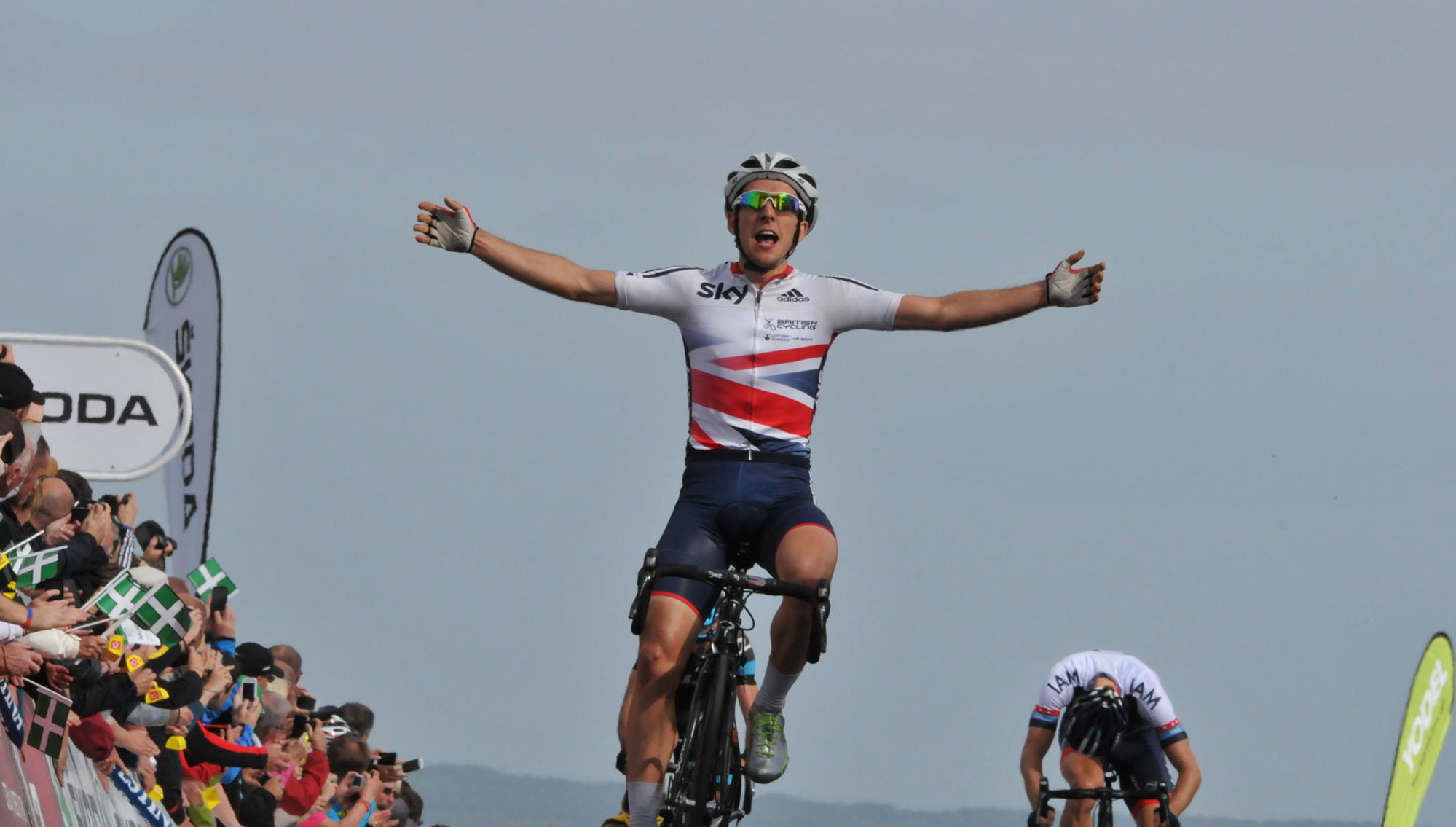 Organizers for the Tour of Britain, announced the details this year’s race at a press conference in Bristol today.

The year’s race will start in Glasgow, with a finale in London, along with three stages in the South West of England, including a return to the summit finish of Haytor on Dartmoor, and a challenging individual time trial and circuit race split stage in the heart of Bristol on the penultimate day.

Having last welcomed the Tour of Britain in 2008, Glasgow will host the Grand Depart for the opening stage on September 4, building on the success of hosting the Commonwealth Games and British National Road Race Championships in recent years.

The opening stage will finish in Dumfries and Galloway’s Castle Douglas, last visited by the Tour of Britain in 2006, before the second stage takes place in Cumbria and the Lake District between Carlisle and Kendal, including the iconic climbs of Whinlatter Pass and The Struggle, before the uphill finish on Beast Banks.

The third stage of the Tour of Britain will feature a first visit to Cheshire East with a stage from Congleton to Tatton Park outside Knutsford, which will feature a spectator friendly loop giving fans at the finish the chance to see the race twice. The stage will also tackle the iconic 10-kilometer climb of the Cat and Fiddle in Cheshire’s Peak District.

Denbighshire will host its first stage start as Stage Four begins in Denbigh, heading south through Mid-Wales before Powys hosts a first stage finish, on the Royal Welsh Showground at Builth Wells.

Stage Five begins in Wales in Rhondda Cynon Taf at Aberdare, heading across South Wales and through the Forest of Dean into Gloucestershire before the finish in Bath, a first for the city.

This will begin three days of racing in the South West after a one-year absence for the area from the Tour of Britain route that will see the world’s top teams head to Devon for a repeat of the 2013 summit finish at Haytor in the Dartmoor National Park.

Bristol will host the penultimate stage of the race, which will be a split stage with riders contesting an 15-kilometer individual time trial in the morning before a 5-lap circuit race in the afternoon. Both stages will take place entirely on a proposed 15.3-kilometer circuit finishing atop the Bristol Downs. The 600-meter SKODA King of the Mountains climb of Bridge Valley Road, which averages 9%, will feature in the final kilometers of a both stages.

London will again host the final stage, presented by Transport for London, on Sunday 11 September, which will use the same circuit as in 2015, focused on Regent Street, the Heart of London and the Northbank, with a repeat of the finish on Regent Street St James just below Piccadilly Circus.

“We are confident that this year’s route for the Tour of Britain will provide the opportunity for eight exciting days of racing and a multitude of opportunities for riders and teams to be aggressive and make the race. We believe that with the combination of longer stages of over 200-kilometers, the tough circuit and time trial in Bristol and the summit finish at Haytor we have not just a great preparation for the World Championships but also a fantastic race that will showcase the British countryside and stands alone in its own right as a race riders will want to win.”

“The route includes major cities such as Glasgow, Bristol, Bath and London, and visits each of Scotland, England and Wales, while at the same time touching many smaller communities and areas where we know the passion and support for cycling is so great.”

“We are proud to announce the 2016 route for Britain’s national tour. Every year the Tour of Britain offers a chance for the public to see some of the world’s best road riders racing through their local area. Last year’s race had a bit of everything; fast flat sections, rolling roads and a great hill top finish which led to exciting racing for the competitors and fans alike.This year’s route has all the same ingredients, so promises to be a great event.”

ŠKODA remain official car suppliers and sponsors of the King of the Mountains jersey, also won by Williams in 2015.

For the fifth successive year fans can look forward to enjoying daily live coverage of all eight stages on ITV4, with the channel broadcasting a three-hour live programme from each stage, plus one-hour of highlights every evening during the race.

Commenting on the 2016 event, Hugh Roberts, Chief Executive of Tour of Britain organisers SweetSpot said: “This year’s Tour of Britain features a fantastic combination of major cities like Glasgow, Bristol and London, smaller communities across Scotland, England and Wales and the stunning scenery and testing climbs of the Lake District and Dartmoor. With hundreds of thousands of fans at the roadside and millions more watching via live television in the UK and around the world, the 2016 Tour of Britain is a fantastic showcase for the brands involved in the event.

“We thank our jersey partners Chain Reaction Cycles, SKODA and Yodel and all our other Official Partners and Suppliers for their continued support.”