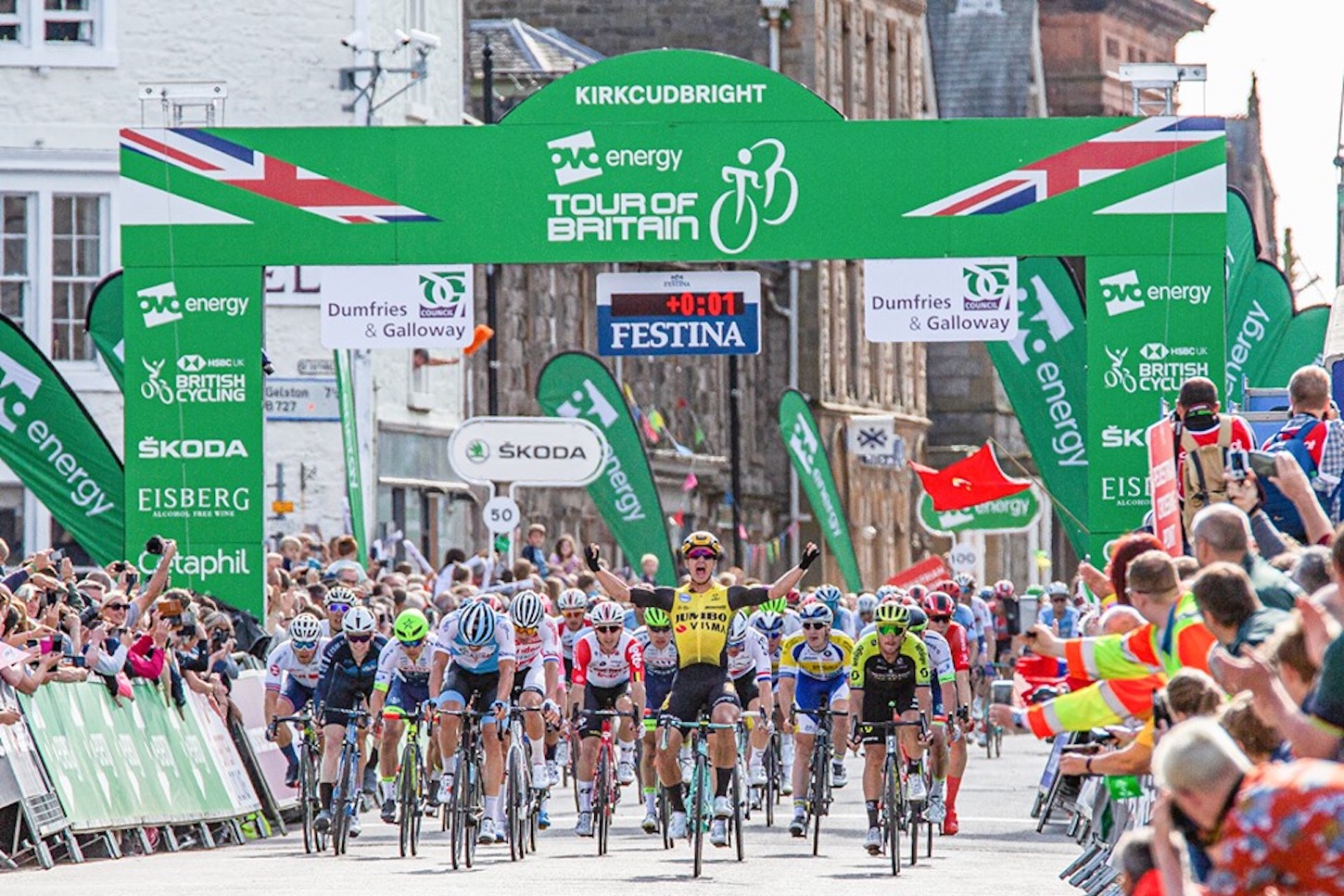 Dylan Groenewegen returned to the OVO Energy Tour of Britain in style on Saturday, winning the opening stage of the 2019 race between Glasgow and Kirkcudbright in Scotland.

Groenewegen, a two-time stage winner in the event, beat Davide Cimolai (Israel Cycling Academy) and former European champion Matteo Trentin (Mitchelton-SCOTT) to the line in the Dumfries & Galloway market town after a textbook lead-out from his Jumbo – Visma Cycling team-mates.

He moves into the OVO Energy green jersey of race leader going into Sunday’s second stage in the Scottish Borders.

Groenewegen said, “It was perfect; we had no help today so we did it all as a team. We rode very strongly to catch the breakaway and make it a sprint. I could take my own line; it was a very good lead-out. I was on the wheel of [Matteo] Trentin, and then I went full gas.

“I’ll look at the road book this evening – I think tomorrow’s a new chance and I will try.”

Consolation for Townsend was the Eisberg sprints jersey, Wahooligan Combativity Award and a position second in the general classification thanks to time bonuses, three seconds behind Groenewegen.

Jacob Scott led the race over all three SKODA King of the Mountains climbs to take the best climbers jersey, already with a five-point advantage on fellow escapee James Fouche.