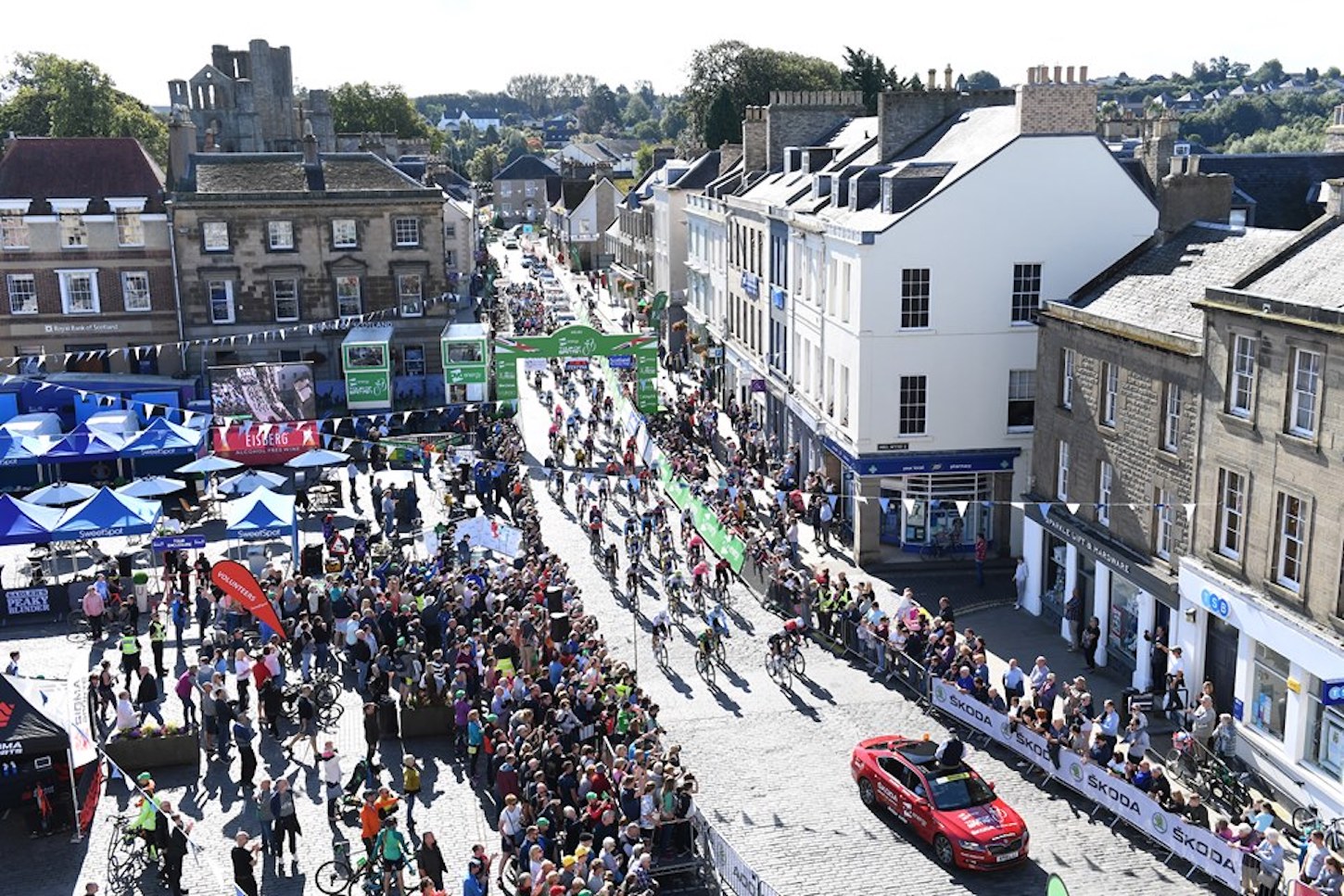 Matteo Trentin (Mitchelton-SCOTT) moved into the race lead of the OVO Energy Tour of Britain after sprinting to a dramatic victory in Kelso, Scottish Borders, on Sunday.

Trentin, who placed third in Saturday’s opening stage in Kirkcudbright, gained crucial time bonuses on the line as a result of his win. This, combined with the distancing of overnight leader Dylan Groenewegen (Team Jumbo – Visma Cycling) on the final SKODA King of the Mountains climb of Dingleton, put the Italian rider into the overall lead of the race.

After a three-rider breakaway had toiled in the warm Scottish Borders sunshine for much of the day, the race burst into action on the Scott’s View SKODA King of the Mountains climb, with Mathieu van der Poel (Corendon Circus) and Frederik Frison (Lotto Soudal) attacking and bridging to the three leaders.

That spurred an intensified chase and catch on the run to Melrose, with Trentin grabbing three bonus seconds at the intermediate Eisberg sprint in Melrose at the foot of the final climb at Dingleton.

Over the climb Pavel Sivakov (Team INEOS) went clear but was reeled in by the chasing of Mitchelton-SCOTT on the front of the bunch, which split the field in half, with overnight leader Groenewegen in the rear part of the peloton.

Attacking with three kilometres to go, Dowsett looked like he was going to upset the remaining sprinters, but despite being welcomed into Kelso’s main street by a wall of noise the British time trial champion was caught with 50 metres remaining, holding on to finish seventh on the stage.