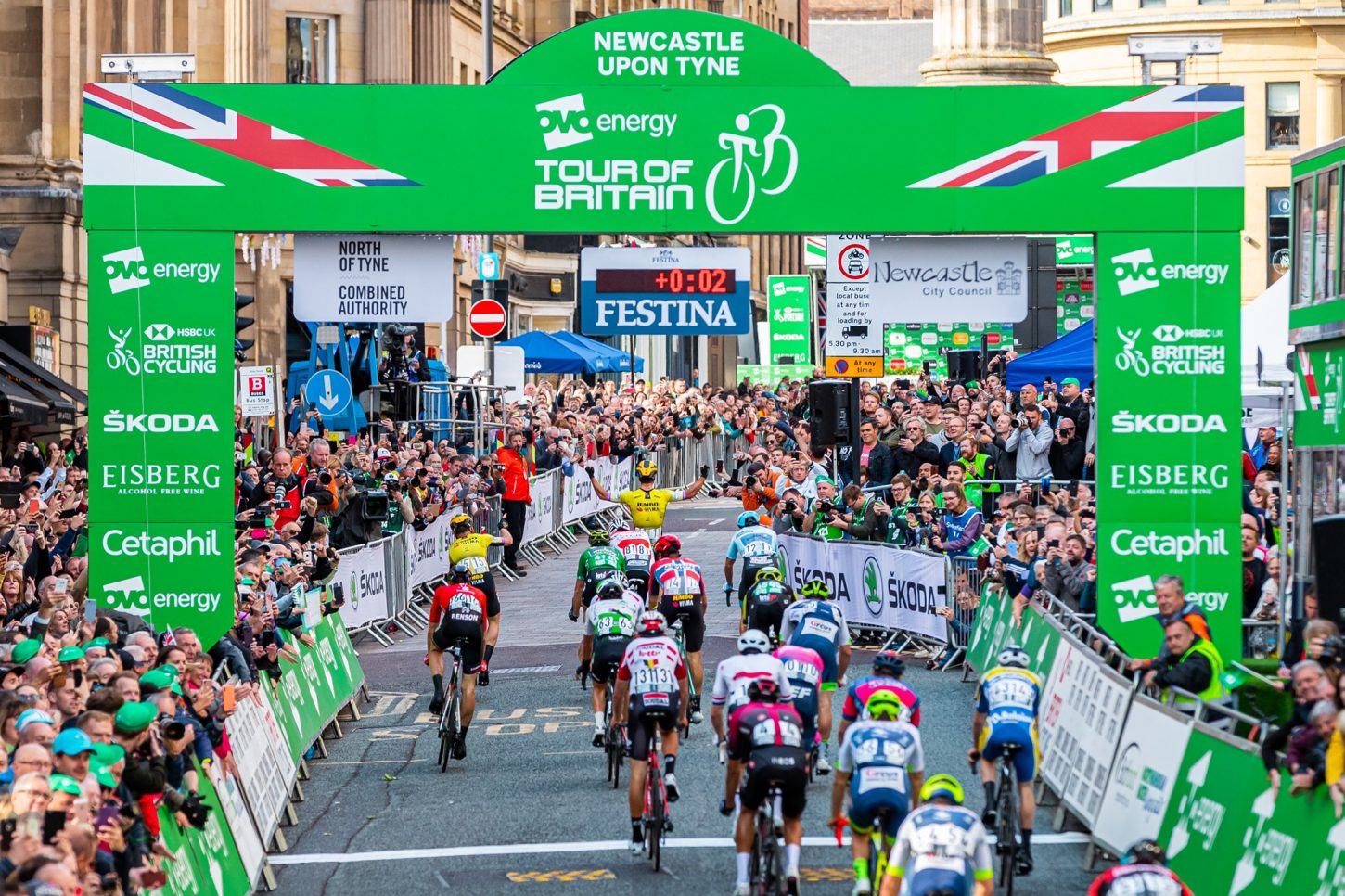 Dylan Groenewegen made light of an uphill finish to sprint to his second stage victory on this year’s OVO Energy Tour of Britain in three days in Newcastle-upon-Tyne on Monday.

When racing resumed Mitchelton-SCOTT and Team Jumbo – Visma worked to bring them back, finally succeeding as the race hit the Newcastle Quayside with one kilometre remaining.

While there was disappointment to not see one of the four domestic riders taking the victory in front of Newcastle city centre’s big crowds, fans did help vote Tanfield the winner of the day’s Wahooligan Combativity Award, in what is the most local stage for the North Yorkshireman.

In the Eisberg sprints competition Rory Townsend reclaimed the red jersey, while built what is a commanding lead in the SKODA King of the Mountains competition, now 13 points clear of nearest challenger De Bondt.