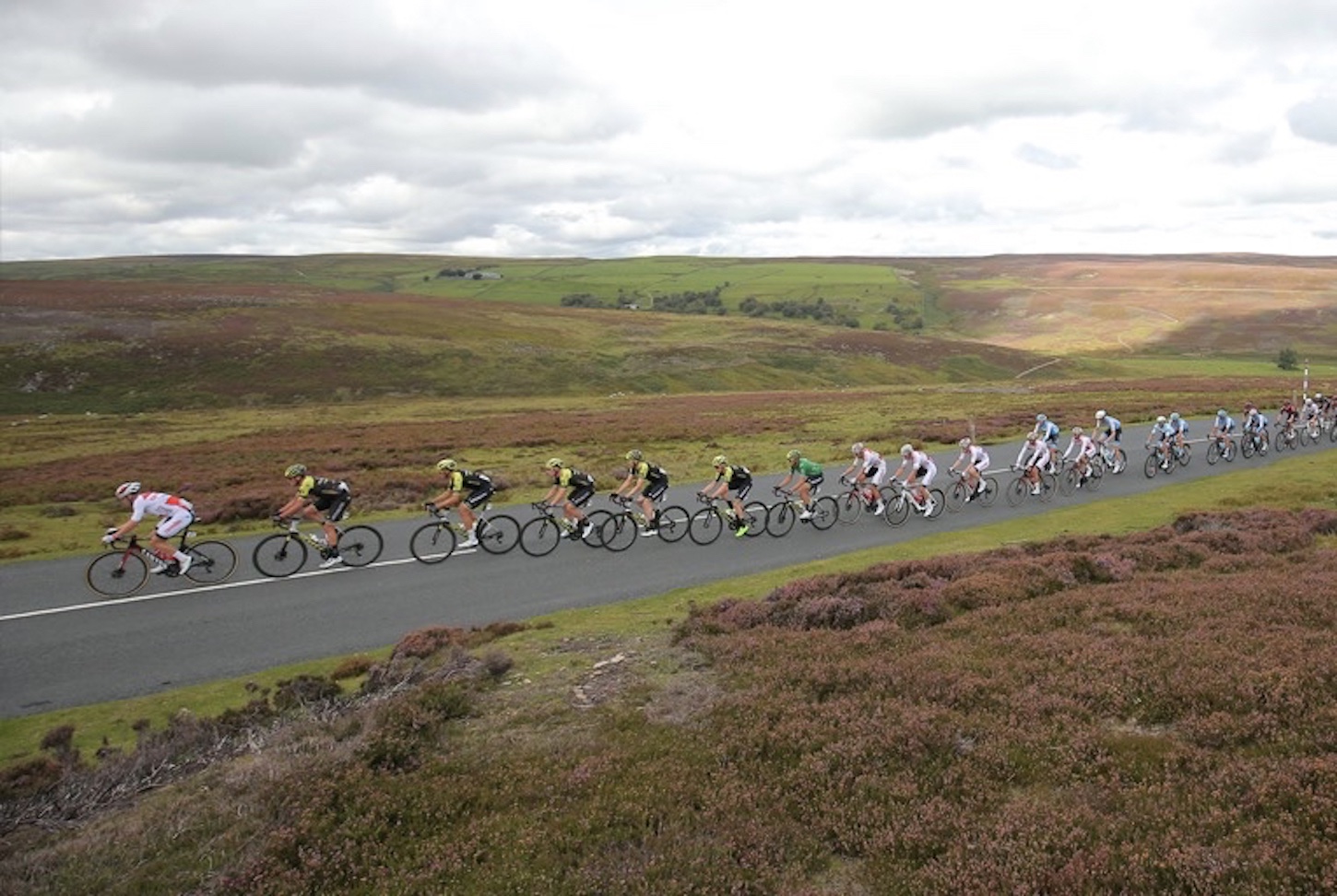 The 24-year-old Dutch rider attacked from a reduced peloton 200 maters up the grueling Cumbrian finishing climb, crossing the line three seconds ahead of his nearest challenger.

From there, the escapees went on to establish a maximum advantage of more than three minutes, but with Dunbar just 20 seconds off the race lead, the peloton took steps to limit their lead.

Dunbar was dropped by his breakaway companions at around the 100 kilometer mark, with Van Baarle subsequently distancing Domont to set-out on a solo venture with 60 kilometers remaining.

However, the Dutch rider was eventually reined in with around 30 kilometers to go, while his teammate Gianni Moscon attacked and split the field not long after.

After persistent attacks, Ag2r La Mondiale’s Tony Gallopin was the next rider to establish a gap during the final 15 kilometers, with Ben Hermans (Israel Cycling Academy) and James Shaw (SwiftCarbon Pro Cycling) joining him.

The trio held a narrow advantage heading into the final kilometer, but with the peloton fast on their heels, they were eventually reeled in with around 300 meters to go.

Van der Poel proceeded to crest the final climb with a slight gap between himself and the peloton, taking the win three-seconds ahead of De Buyst and Clarke who carried the bunch across the line to take second and third respectively.

Former race leader Matteo Trentin fought hard to finish ninth on the stage, but was forced to relinquish the green jersey to van der Poel by one-second, with De Buyst now third at seven-seconds back.